Introduction to Kristen Milstead, Author of Verbal Abuse in Relationships 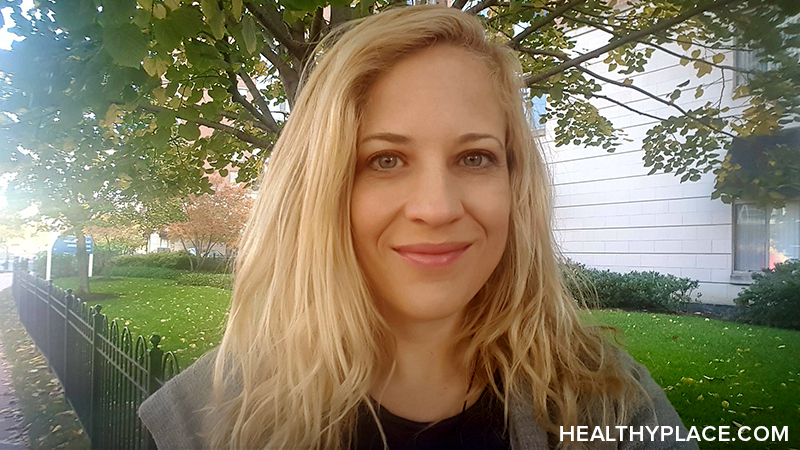 My name is Kristen Milstead and I am thrilled to be a new writer for HealthyPlace on Verbal Abuse in Relationships. I grew up confused about what verbal abuse was. I learned that it was okay for people to say abusive things as long as they also mixed in kind or loving statements, apologized later, or both. Not surprisingly, I started choosing boyfriends who ended up saying and doing abusive things to me. Not all my relationships were that way, but enough of them to call it a pattern.

Protection from Verbal Abuse in Relationships?

Later, as an adult, I thought I had sorted through my confusion about verbal abuse both emotionally and intellectually. I went through several years of therapy. I also went to graduate school, where I studied gender and sexual assault in society. I thought that my general knowledge about predatory behavior protected me from getting into another abusive relationship.

And then I experienced the most painful incidents of verbal abuse in my life. I entered a four-year relationship that was so traumatizing, I found myself in a near-constant state of anxiety and developed panic attacks. My physical and mental health suffered. What the experience taught me is that, under the right conditions, anyone can become a victim, even if great care is taken to avoid abusive situations.

Since the relationship ended, I have recovered through additional therapy, writing, the support of friends and family, self-care, and connecting with others who have been in similar situations. The relationship prompted a sense of advocacy in me, and I became inspired to try to empower other survivors of verbally abusive relationships and to promote awareness about why verbal abuse is so harmful. If you’re reading this and are currently in a verbally abusive relationship, I’d like you to know that it’s not your fault. There is hope, and you can escape. You are not alone.

How Abuse Can Lead to Suicidal Thoughts
Forms of Verbal Abuse: Insults and Their Delivery
Tiffany
August, 23 2021 at 9:28 pm

I am a victim of verbal and emotional abuse.
I never knew there was such a thing until recently.
I've read a few of your articles on Healthy Place and they actually made me feel better - no matter how many women have been through this, a victim still feels lonely. It seems like no one truly understands what I'm going through.
I'm really glad Google brought up this site when I searched for help. I don't have any friends left - he sort of drove them away. I mean, he didn't actually tell them to go away, but he so monopolized my time that they sort of stopped trying to spend time with me. He kept trying to get me to be friends with his friends' girlfriends instead, and since I really didn't feel much of a connection with those ladies, I just kind of became accustomed to having no friends.

Barbara, I'm felt so sad reading your story. I could feel so much pain in your words. You have been through so much. I'm sorry for everything you've had to endure. I was glad to read that you are able to begin to have a clear mind. I feel like that's so important, as we start to figure out what was even done to us and put together the pieces. Thank you for sharing your story, because when you share you let people know they aren't alone. Although there are scars, you are a survivor and I admire you for your strength. I wish you well on your continued recovery. -Kristen

Hi Barbara I read your story and I can’t believe what you went through it’s truly devastating. I’m in a verbally emotional at timed& physical relationship as well and have been for decades. I too am lost and wish I could find a way out. I’m 50 and feel like I wasted much of my life with this controlling jealous person. Things start to change and I have a lot of anger and resentment towards him and how he has treated me for over a decade. He pits my two kids against me and doesn’t think he’s doing anything wrong. This guy is just sick I believe he has mental issues refuses to get help. I have barley a friend he’s kept me away from all my friends. It’s the control and wanting to know where I am constantly.... I wish I remained single. I think I would have been a different person.

Dear Barbara,
There are so many things in your story that sound as if I had said them myself!
" If he was upset over anything I’d become his whipping post." "Don’t think honey, it just gets you in trouble" "He just took over. I never knew what was going on. He slowly started talking down to me. Started jokingly, then got meaner and meaner. " "He found something wrong with everything I did. " "He also told me over and over I was lucky to have him because no one else would ever love me. " "I know this sounds so crazy, but I thought I loved him and I did. But I thought I couldn’t survive alone without him. He had to be there to tell me what to do." "One night I lost my mind and started screaming back, which I never did. I agreed with him on everything he called me," "I was numb. Something inside of me broke. " "Outside of our home everyone thought he was such a wonderful guy, but those that were close to him knew. "
I'm so sorry that this happened to you, and for so many years. My husband is alive and well, although he is still convinced he's done nothing wrong. He believes that "any real man does the same thing." Oh, yeah, that's a direct quote. For so many years, I was just sad. My depression meds were changed 3 times, and I'm now on more depression and anxiety medication than I could ever have imagined. Getting away from him didn't "fix" me. It's like his hurtful words and actions are stuck to me. He was always so proud that he never hit me. I mean, EXTREMELY proud that he never hit me, as if I deserved to be hit!
I always put up with it because I loved him. A part of me always will. I pitied him because he was raised in multiple abusive homes until his aunt finally got him when he was 16, and by then it was too late, I guess. He genuinely believes he's done nothing wrong, "and if I am, it's because of my head problems, so you can't even blame me." He does have Bipolar II, PTSD, and was recently diagnosed with Intermittent Explosive Disorder - which I never knew was a thing. These things are supposed to excuse him for years of name-calling and belittling me, making me question my own sanity, and making me believe that all of his friends and family supported his actions. Lies! Years and years of lies!
The day I left, he was angry at my brother for telling my son it was okay for him to stay with my sister for a few days. I was fine with that, but it really wasn't my brother's decision to make. My husband exploded on me and did not even shut up long enough for me to respond - he called me a piece of sh*t and told me to get the f*ck out of his house. Our house.
I had left an emotionally abusive relationship before I met him where the guy had kicked me and my seven-year-old out of our house at 1am - the very first promise my husband ever made to me when we first started dating was that he would never, ever, kick me out.
That day, I went to the emergency room and asked for a psychological exam. I was examined by multiple physicians and psychiatrists for several hours. Afterward, I went to my sister's house. My husband called me the next morning. "I didn't mean you had to leave permanently." Excuse me? "Your brother had no right." I agreed. "So now I have to suffer because your brother thinks he can run my family." Um, no. I'm not coming back because you called me a piece of sh*t and kicked me out of my own house.
The thing that bugs me the most is that in between all the years of abuse, there were some absolutely wonderful, very happy times. There are days I miss the "nice" version of him so much I can't do anything but sit and cry.
I'm currently 40 years old. I've only just learned that I can survive without him.
Take care.