Taking Your Power Back From Bullies 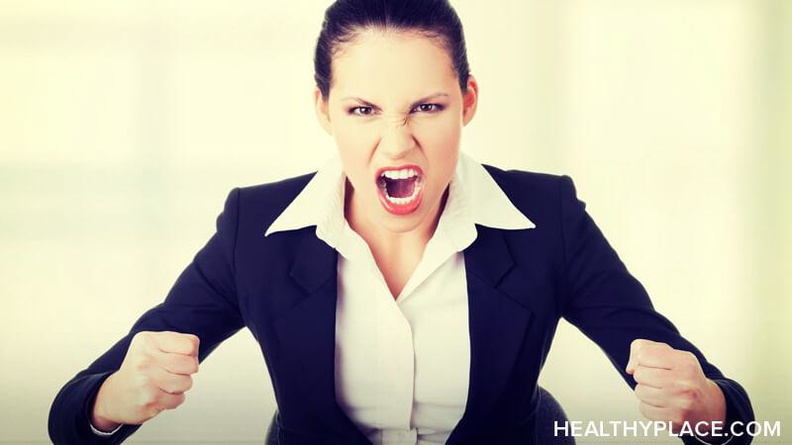 When I was a patient at Larue D. Carter Memorial Hospital, we had a few bullies on our unit. One, named Katie, ruled through physical force--and at a whopping 500 pounds, that was easy. Another one, named Angel, enjoyed provoking people to self-injure and was even responsible for a couple of suicide attempts. Both were probably sociopaths, in addition to having borderline personality disorder (BPD). Such people can dominate your life if you let them. So how do you take your power back?

How to Take Your Power Back from Bullies

Stand Up to the Bully

One day Katie was on the phone well past her allotted time. I asked to use the phone for a work-related call. Long story short, Katie cussed me out and threatened me. Staff separated us, but she came back and glared at me. "Move," she growled.

I have no idea where I got the strength, but I said, "No." 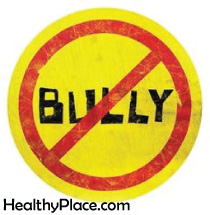 She shoved me as hard as she could. I don't remember what happened next, but other patients told me I went flying "a good four feet" and bounced off the ground. I hit my head, but used an aikido maneuver to lessen the severity of the fall. Staff called a "code green" (psychiatric emergency) and put her in restraints. The staff took me to the hospital, where I was diagnosed with a concussion, and filed a police report.

Suddenly, everyone on the unit had the courage to stand up to Katie. Staff, which had previously ignored her threats and on-staff violence, started documenting everything. Other patients refused to do her bidding. Eventually, she was transferred to the violent unit after attempting to break a staff member's thumb.

Standing up for yourself works, even if the bullying gets worse at first. Bullies are cowards at heart and, more often than not, will back down if confronted. Even if the confrontation ends in violence, like it did in my case, the bully may back down. Katie never laid a hand on me after that.

We tolerated Angel well past the point of sanity. After she provided the weapon in a suicide attempt that triggered another suicide attempt, we had a unit meeting to discuss the problem of her behavior. Angel refused to listen to our concerns and walked out; so staff and the rest of the patients discussed how to deal with this. I took a rather Mennonite view of the situation and recommended a nonviolent solution--shunning her. Staff said that while they couldn't, wouldn't, and shouldn't do it, we were more than welcome to. Thus began a unit-wide campaign of ignoring Angel.

Shunning doesn't work when it's just one person. It has to be a majority or an impressive minority of people who participate. Since it was most of the unit, it worked. At first Angel tried to provoke us, but we made it a point to let her know we were ignoring her. This infuriated her, but not enough to where she modified her conduct. She threatened everyone who was shunning her, leaving notes on our doors, and even tried to attack a few of us. Eventually she, like Katie, was transferred to the violent unit where, by all accounts, she did better.

Ignoring the person can be a liberating decision. Bullies often want attention, and when you refuse to give it, you take away their power.

If All Else Fails, Fight the Bully

As a pacifist, I hate to recommend this, but if all else fails, if you have absolutely no other alternative, fight back. As I said earlier, bullies are cowards at heart. They go after people who won't fight back, not people who will.

I had a neighbor recently who was a bit of a bully. She, one day, started cussing me out and challenged me to a fight. I'm not proud of my response, but I took off my glasses and said, "Okay, I'll fight, but you have to throw the first punch." She backed down.

I've never had to fight to take my power back from a bully--standing up for myself and ignoring the bully have almost always worked. But if physical violence is present, you have the right to defend yourself, and sometimes, being willing to defend yourself is all it takes to scare the bully away.

The goal is to reclaim your power, whether by standing up for yourself, ignoring the bully or defending yourself physically.

Tags: taking your power back from bullies

APA Reference
Oberg, B. (2014, February 18). Taking Your Power Back From Bullies, HealthyPlace. Retrieved on 2022, August 17 from https://www.healthyplace.com/blogs/borderline/2014/02/taking-your-power-back-from-bullies

Three False Assumptions About Mental Illness That Cost Us Dearly
When People with Mental Illness Become Prey
Melanie Lapensee
February, 22 2014 at 11:12 am

These are such great tips for dealing with bullies. As a holistic therapist, I know how hard it can be for people to overcome their past bullying though - sometime IET (Integrated Energy Therapy) can help with. I wrote about it on my Facebook page: https://www.facebook.com/holisticmelanie

I need to learn how to tell my husband not to treat me the way he does.
we have been married for 22yrs. and in that time I was diagnoised with BP a`nd Manic depression and now he fells he has to rule everything in my life he has taken all control of me.
I just cannot take it anymore, Our marriage is not a functioning marriage we are more like roommates than anything. I have to say that hurts me to the core.I am just lost ...

Please do NOT use shunning. It is essentially bullying en masse (!) and it is very close to mobbing. It is very, very destructive. Please see https://www.psychologytoday.com/us/blog/beyond-bullying/201309/the-silence-shunning-conve… to understand how destructive it can be. It makes no sense to use bullying in an anti-bullying campaign.
I experienced a variant of this ('tactical ignoring') in the workplace. The one pulling the strings was a narcissistic co-worker intent on smearing my name and reputation and trying to reassert control over me.

Something like that happened to me where I was the victim of someone encouraging me to kill myself through manipulative tactics and then after I had a complete breakdown (about a two-three hour long panic attack) they opted for the shunning and silent treatment to inflict further damage. To this day the issue has not been resolved and still causes me suffering because they went beyond trying to sabotage me.