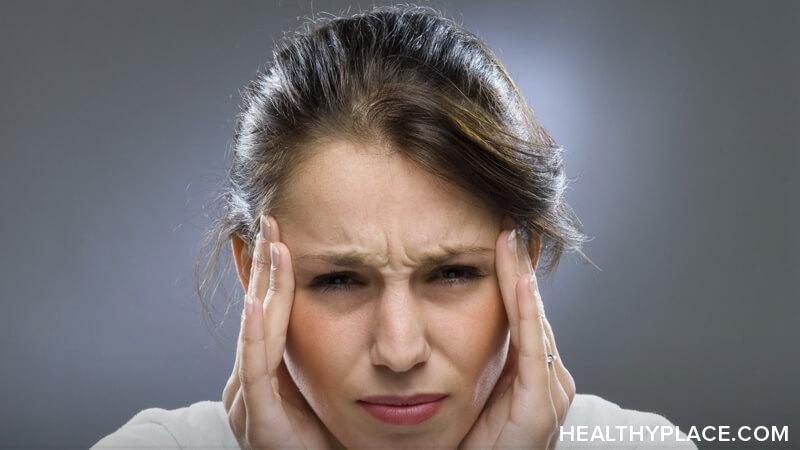 Attention-deficit/hyperactivity disorder (ADHD) and premenstrual syndrome (PMS) are a tough combination. Many women with ADHD also suffer from PMS, which can be severe enough to resemble premenstrual dysphoric disorder (PMDD), an extreme form of PMS. PMS impacts women's mental health and I find that my ADHD symptoms worsen right before my period. There is actually a scientific reason for this as hormones play a major role in ADHD.

Symptoms of Both ADHD and PMS

It can be hard to distinguish the symptoms of PMS from those of ADHD. However, the line between the two conditions is not so thin. These are a few ADHD problems that plague me more before my period:

Doctors eventually noticed that ADHD symptoms fluctuate in women during adolescence, pregnancy, and menopause. Hormonal changes and estrogen depletion appear to increase ADHD symptoms. Estrogen generally has a positive effect on neurotransmitters that make you feel good, such as serotonin and dopamine, so when estrogen drops, so does the efficacy of those neurotransmitters.

To make matters worse, ADHD brains have a hard time utilizing beneficial neurotransmitters like dopamine on a good day. In short, your hormones directly affect the parts of your brain that cause ADHD. It is, unfortunately, not too surprising that women with ADHD report higher than average PMS symptoms.

Do You See a Pattern in Your Symptoms of ADHD and PMS?

As I mentioned, the symptoms of ADHD and PMS often overlap. On top of that, sometimes symptoms are triggered by outside circumstances, such as medication or stressful events. Because of this, I have begun to keep better track of my PMS symptoms. I used to just mark the days of my period on a calendar. Now I use a phone app to track my period. I write down frustrations or stray thoughts in my journal and more thoroughly note PMS symptoms and medication dosages. I take these notes to my doctor to discuss possible medication changes.

How about you? Do you suffer from ADHD and PMS, and do you have any tips for others? Let me know in the comments, and thanks for reading.

Just came across this, and to say I can relate feels like an understatement. Every month my husband steels himself for the worst. It has nearly cost me my marriage more than once. Thankfully, my husband does his best to support and understand me; however, he has his breaking point, and I often lack the ability to recognise when he’s reached it. Sometimes I know he’s at breaking point, and impulsively say/do something to push him further, and instant regret spirals me into deep depression...which is over with in a matter of days, and I’m back to my “normal” self, yet everyone around me is emotionally battered and bruised. I want to stop this, desperately.
It’s only been since my daughter has started puberty, and I’ve seen her ADHD symptoms increase sharply, that I considered hormonal effects on our condition. Now I know it’s a thing, how to stop it. The idea of my daughter having to live the emotional roller coaster I’ve been on for decades is heartbreaking.

Why do I have to see a different doctor for my pmdd and another one for my adhd? It seems they are completely related, yet when I requested to go back on birth control pills to help my pmdd, my adhd doctor said she couldn’t prescribe it for me.

Hi Jennifer, thank you for commenting. My first reaction to your post was a facepalm--because, in my opinion, it is pretty ridiculous that you have to see two different specialists when the conditions can be so intertwined! I guess the idea is that the one doctor is an expert on ADHD but not PMDD or birth control, but the other one has not extensively studied ADHD. So I understand that neither wants to step out of line. But I also feel that it's because people who do not menstruate are considered "neutral" or the "norm" (which isn't statistically true, of course), so there is an idea that these medical categories can all be stringently separated. Again, this is just my perspective.

Apparently, there have been some studies about the effects of certain ADHD medication on women in relation to their menstruation (https://americanaddictioncenters.org/adderall/side-effects -- note: not a HealthyPlace link), but it seems as though they are either 20 years old or "inconclusive." Studies of PMS, PMDD, and various menstrual issues (and other problems affecting primarily women) seem to lack research in general. In my opinion, this is from lingering sexism in the medical world. Thank you for commenting, though I'm sorry I can't provide better information!

Why is there no clinical research on the effects of medication on adult women with ADHD?