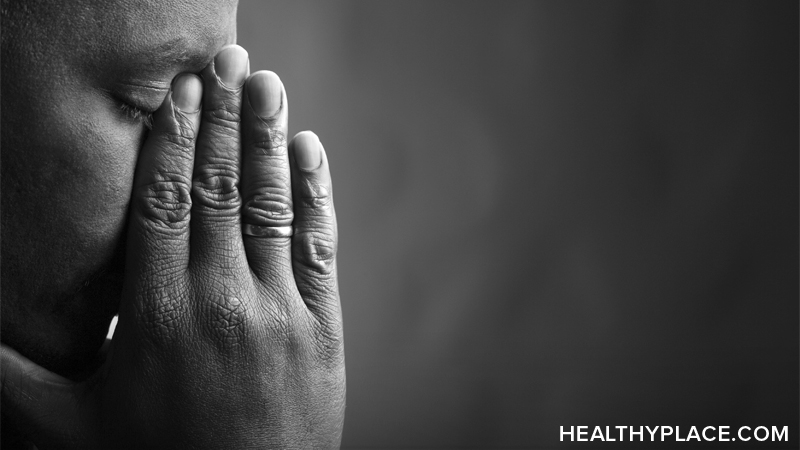 As bad as her panic attacks were, 27-year-old Melissa Hall says that going off the antidepressant medication she originally took as treatment was also a nightmare.

Although she followed a doctor's advice and tapered off the Paxil, she says she experienced severe dizziness, nausea and electric shock sensations, which left her virtually incapacitated.

"I didn't work for two months," she says. "I just laid on my couch waiting for the dizziness and nausea and everything to go away."

When doctors didn't have answers for her, Melissa turned to the Internet, where she found hundreds of postings by people experiencing similar symptoms as they discontinued Paxil, reassuring her that she was not alone.

Millions of people, perhaps as many as 10 percent of the American population, have taken serotonin boosters, which are often used to treat depression, panic disorder, and compulsive behavior. Many of them have no problem discontinuing use, but others experience side effects of varying degrees. And as patients like Melissa attempt to discontinue use of various antidepressants, some experts worry they are not getting enough information about how to deal with potential withdrawal side effects.

Despite anecdotal reports, there have been very few studies on the subject, and experts can't say how many people may experience some form of withdrawal.

"We see antidepressant withdrawal symptoms that can be so severe," says Dr. Joseph Glenmullen, a clinical instructor in psychiatry at Harvard Medical School and author of Prozac Backlash, "that patients feel held hostage to the antidepressant."

Shari Loback was prescribed Paxil for chronic headaches by her neurologist, who she says never warned her about problems associated with getting off the antidepressant medication.

"I was so dizzy and sick, and sometimes I would get out of bed and I would just collapse because I couldn't get up," Loback says.

While different SSRIs work similarly, by adjusting the amount of serotonin in the brain, they each have a varying half-life, which is the amount of time the drug stays in the body. The SSRIs with shorter half-lives, such as Paxil, wash out of the body most quickly, which can cause a jolt to the nervous system. In contrast, antidepressant withdrawal effects may be less disruptive with Prozac, which has a longer half-life and remains in the system longer.

"Prozac is less likely to cause acute withdrawal," says Dr. Robert Hedaya, psychopharmacologist and author of The Antidepressant Survival Guide. "Withdrawal symptoms take longer to hit, but that doesn't mean you won't experience them in four or five weeks."

Compounding the problem, some experts say, is that many patients who go off the drug mistake antidepressant withdrawal symptoms for a return of the original depression symptoms they were using the drug to treat. It is then very common for patients to restart the depression medication.

"This is chasing one's tail by medicating withdrawal side effects," says Dr. Glenmullen, which often results in needlessly prolonging exposure to the drug.

The product insert for Paxil warns that "abrupt discontinuation of antidepressant medication may lead to symptoms such as dizziness, sensory disturbances, agitation or anxiety, nausea and sweating," and also mentions "withdrawal syndrome" as a rare adverse event.

After growing concern about these withdrawal symptoms, drug companies renamed these phenomena "antidepressant discontinuation syndrome. Wheadon says these symptoms only occur in about two out of every 1,000 patients who discontinue the medication in what he calls an "appropriate" way. Even then, he says, the symptoms are mild and short-lived.

But Melissa Hall - who was ultimately able to get off the antidepressant - says her symptoms were far from mild or short-lived. "Even though I had found people on the Internet that were going through the same thing," she says, "no one knew how long it was going to take."

How to Go Off an Antidepressant:

Work closely with a doctor. Think of your doctor as your partner in healing, suggests Hedaya. Don't go off medication without medical supervision.

Taper the medication. Experts agree that the best way to avoid withdrawal side effects is to wean off the medication. By reducing the dosage in small increments, the brain can gradually adjust to the change in chemical balance and slowly adapt to living without the drug. For some people, experts say, this process may take up to a year.

Get psychotherapy. While drugs can often cover up problems, therapy can help uncover and address the underlying causes. Cognitive-behavioral treatment, for example, can work to change maladaptive behavior, bring out stifled emotions and provide you with the tools for dealing with future issues. In fact, extensive clinical research has shown that for some conditions, psychotherapy is superior to medication in the long run.

Time it right. It is best to go off medication, Hedaya suggests, when any external factors that may have led to depression or a panic attack are resolved or at least under your control. It may be beneficial to go off medication when not undergoing a major life change or enduring stress.

Eat a healthy, balanced diet. Consider consulting a nutritionist who can suggest foods that will positively impact mood, energy level or help treat (or at least not worsen) any other conditions.

Find a "centering practice." Dr. Richard Mackenzie of Childrens Hospital Los Angeles recommends exercises such as yoga or meditation to get in touch with your inner compass, find equilibrium, reduce stress, stabilize mood swings and relax.

Get your hormone systems tested. "Everybody should make sure they have a very thorough evaluation of their nutritional status, hormones, minerals, vitamins and immune system," says Hedaya, "to enhance possibilities of reducing dosage or going off medicine." Treatable hormone imbalances like an underactive thyroid or deficiencies of amino acids and minerals can rob you of energy, sexual vitality and feelings of well-being.

Consider vitamin supplements. Hedaya reports success in patients coming off Efexor, for example, by taking 25-50 mg. of Vitamin B6 daily. He notes, however, that excessive doses on a prolonged basis can be toxic.

Turn to friends and family. "These are people who have been in a patient's life far longer than a therapist," says Glenmullen, "and will continue to be there long after therapy is complete." Glenmullen also suggests making use of community resources such as church or support groups. 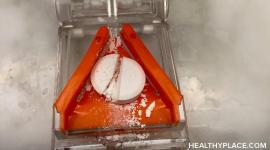 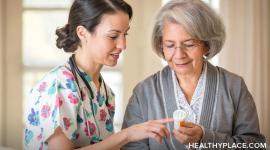 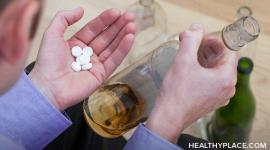 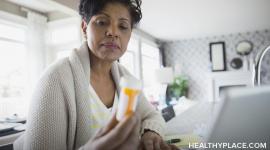 Letters from 2 Shock Doctors/Researchers in the Country