Mary is a fictional character used to demonstrate how an intervention for bulimia nervosa works. 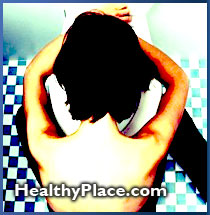 When we left Mary, she was in tears. She realized that she couldn't go on living the way she had been the past few months -- binge eating and vomiting, obsessing about food and her appearance, acting in ways that were harmful to her health.

Luckily for Mary, she wasn't the only one who had noticed that something was very wrong. Lisa, Mary's college roommate and closest friend, had been nursing suspicions for several months. Mary seemed different -- more withdrawn and secretive. She didn't know what was wrong, but she had a feeling that it might relate to food. She and Mary had always enjoyed going out to lunch together on Saturdays, but for the past few weeks, Mary had declined. She also noticed that Mary spent a great deal of time talking about food and what she ate.

With these vague concerns in mind, Lisa began reading up on eating disorders. What she discovered convinced her that Mary was suffering from bulimia.

Does Someone You Know Have Bulimia?

If you think someone you know may be suffering from bulimia, answer the following questions as honestly as you can.

First, think about her recent behavior in terms of food:

Think about her conversation:

Think about her appearance:

Think of your friend's general mood:

If the answer to many of these questions is Yes, then your friend may well have bulimia.

How Can I Help?

Understandably, Lisa felt shocked, saddened, and confused. She desperately wanted to help Mary, but wasn't sure how.

Fortunately, there is a technique that helps bulimics confront their problem and seek much-needed help. It's called an INTERVENTION.

The story below demonstrates how an intervention for bulimia nervosa works. You'll also find my comments and recommendations.

Once Lisa was convinced that Mary had bulimia, she wanted to confront Mary about her condition, and thought that having an intervention would be the best way.

First, she called Mary's mother, Julia Finch. Julia began to cry the moment Lisa started explaining the purpose of her call. "I know you're right but I just can't believe it. My poor Mary. Where did I go wrong? I always tried to be the perfect mother"

Lisa was taken aback. Julia was talking about Mary as if she were a little girl, not a grown woman in her second year of college. "Julia," she said firmly, "let's not talk about whose fault it is. From everything I've read, it's not anyone's fault. Let's just figure out how we can help Mary. We all want her to get well, and I think having an intervention is our best hope."

Julia agreed, but Lisa could tell that Julia was still crying even as they planned the details of the intervention. Together, they decided to invite several key people in Mary's life to gather at Lisa's home on a Friday night. Lisa would invite Mary over on the pretext of having dinner together and going to a movie.

Mary showed up right on time. Her smile froze the minute she stepped into the living room and saw her parents, her sister Nikki and brother Bud, her friends, and Susan Bateson, the woman for whom she babysits. Confused, she turned to Lisa and asked, "What are they all doing here?"

Lisa walked over to Mary and tried to take her hand. "Mary, we're here because we're worried about your eating disorder.

"Eating disorder!" Mary said, her eyes widening in amazement. "I don't have an eating disorder! I don't know what you are talking about. I thought we were going to the movies" Her voice trailed off. She turned to look at all the people in the room as if she were seeing them for the first time. "What are you all doing here?" she asked, her voice rising in anger. "What's going on? Tell me, right now. What is going on?"

Crying, Julia rose and walked over to her daughter. "Mary," she began, trying to hug her daughter," We love you and want to help you."

But Mary didn't want her mother's hug. Pushing Julia aside, she walked right up to Lisa. "You lied to me," she yelled. "I thought you were my friend. What kind of a friend would do something like this? I hate you. I hate all of you."

"You've been lying to us for years now, Mary," Lisa said, her voice barely under control. "We can't stand by and watch you practically kill yourself with your bulimia."

"STOP IT!" Mary shrieked. She ran up the stairs and into the bathroom, slamming the door so hard the chandelier shook.

Lisa and Julia followed. Tentatively, they knocked on the door. "Go away!" Mary screamed. "I hate you. Just leave me alone."

The others in the living room sat in stony silence. Finally, Richard, Mary's father, stood up and began pacing. Angrily, Julia approached him and said, "For God's sake, will you please go up there and talk to her? She won't listen to me. Just once in your life, will you please get involved?"

Richard was on the verge of answering, but held his tongue. Exchanging an icy stare with his wife, he slowly walked toward the toward the closed bathroom door.

"Mary," he said softly, "please come out. We're not mad at you. We just want to help you."

No answer. Even more softly, as if his heart were breaking, he said, "Mary, we love you, and we just want to help you. I promise, I'm not mad."

He waited. Finally, the door opened a crack, and then Mary fell sobbing into her father's arms. "Oh Daddy, I'm so sorry," she cried. He just held her for what felt like hours. As her crying slowly subsided, she reached out to her mother as well. "Mommy, I'm sorry - for this, for everything. I'm sorry about what I'm doing to you. I try so hard, I try to be good, to be perfect"

Facts About Bulimia and Bulimics

"How Good Do We Have To Be?: A New Understanding of Guilt and Forgiveness" by Harold S. Kushner (Little Brown, 1997).

The author of "When Bad Things Happen to Good People" reflects on perfection, guilt and forgiveness. This book will help man people struggling with bulimia and the people who love them.

When we left Mary, she was sitting on a sofa in Lisa's living room, surrounded by friends and family members who cared enough about her to stage an intervention. By ten o'clock, everyone had spoken, and looked completely exhausted.

Yet there was one more very important subject to discuss - getting Mary help. Mary's parents and Dr. Gilbert, a friend of the family, sat down next to Mary, who was still sniffling. Julia reached for Mary's hand and held it tight.

"Mary," Dr. Gilbert began, "we've all been doing some research on how to get you the best help possible. There's a wonderful residential treatment center that specializes in women's issues, especially eating disorders."

"You mean a hospital?" Mary said, dabbing her eyes. "I don't need a hospital."

"It doesn't really look like a hospital, Mary. It's a beautiful old estate, and it sounds like a good place for you. There are psychiatrists, social workers, and nutritionists, all specially trained to help people with eating disorders, and it's all under one roof. They can help you overcome your fear of food by eating with you. After meals, they'll sit with you so you can talk about how you're feeling and help you get used to the sensation of having food in your stomach. In the morning, they'll help you realize that you wake up looking the same as when you went to sleep. Many of them had had bulimia themselves, so they know what it takes to recover from bulimia. They know how it feels."

"But they'll make me eat too much, more than I should. I'll get fat!" Mary said, her voice rising in panic.

"I understand that you're worried about that," Dr. Gilbert said, "but one of the things you'll relearn is that on a normal diet you can eat three meals a day without getting fat. When you eat until you're comfortable and stop, you don't have to purge. And if you do gain a pound or two, they'll help you work through it until you feel OK."

"What I like best about the idea," Julia said, "is that you'll be with other young women like yourself, so you won't have to feel so alone anymore. And Dad and I will visit you for family therapy sessions. We're all in this together."

Mary looked at her father. "Dad, this is going to cost you a fortune. I can't ask you to do this for me. I feel too guilty."

"We're doing it, Mary. Whatever we have to pay, we're paying. You're our daughter, and we're not letting anything happen to you. No way. We love you."

"That's right," Julia said. Mary couldn't remember the last time her parents had agreed about anything.

"But what about work?" Mary cried. "Everyone will know. It's so humiliating. Please give me a chance to do this on my own. I'll do therapy, twice a week if you want, even three times. Just let me try by myself."

Her parents looked skeptical, but Mary felt Dr. Gilbert's sympathetic eyes on her. Finally, Dr. Gilbert said, "OK, Mary, you're an adult, so we'll treat you as one. You deserve a chance to try it your way, at least for six months. I can give you the name of a psychiatrist who works with women with eating disorders. Let's start there."

And she handed Mary the name and number of Dr. Melody Fine.

Like Mary, many women with bulimia beg for a trial of outpatient therapy for bulimia before entering an eating disorders treatment center. Often, with enough support, they can break the binge-purge cycle. It isn't easy, and it takes great determination - almost like having a second job.

Dr. Gilbert sensed that Mary's desire to get well on her own was genuine and arose from within her. She also knew that getting involved in a power struggle with Mary wouldn't help since issues of control are central to Mary's illness.

According to James E. Mitchell, MD, and his research group at the University of Minnesota Medical School:

"My Name is Caroline," by Caroline Adams Miller (Gurze Publishing). It can be ordered on-line at www.gurze.com.

This is the inspirational yet realistic story of a high-achieving Harvard College student who appeared to have it all - and who suffered in secret from bulimia for years. It chronicles her eventual victory over her eating disorder. According to Kirkus Reviews, this is "An important, affirmative book for overeaters who've lost hope of a cure." 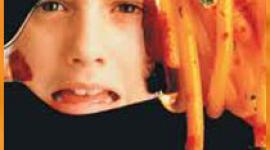 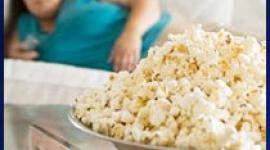 Preparation: Are You an Overeater? 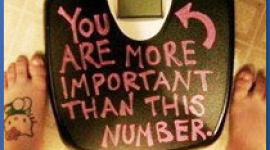 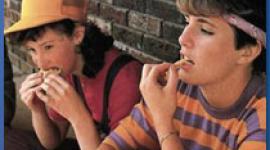 Guidelines for Significant Others