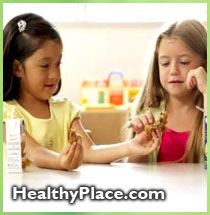 When my son Kevin was about 3 years old, he spied a green pea. He picked it up between his fingers and rolled it over. It looked good! He then pushed the pea up his nose. Interesting. Vegetables are fun! He used another pea to push the first one up higher. Then another. Yet another pea followed the first three into Kevin's nose--and it was not the last! Kev was not satisfied until he had enjoyed five peas--in his nose! Later, in the emergency room, after they'd removed the peas, Kev's older brother Garrett, with a sweet twinkle in his eye, called Kevin a pea-brain!!! When I say that kids need vegetables, I mean they need to eat vegetables -- by mouth.

It's hard to compete against fast-food kids' meals--salty, fatty food, served quickly, in a bright, exciting place--and they come with toys! It's no wonder trips to fast-food restaurants have become the pinnacle of gastronomic delight for most preschool children in the United States. But here, in these fast-food restaurants, children miss out on important nutrients and fill their tummies (and arteries) with things they don't need. We need to be very clear about what they need and what they don't in order to avoid being knocked over by the junk food current.

Children do need whole grains. They do need fresh fruits and fresh vegetables. They do need a source of calcium for their growing bones. They do need healthy sources of proteins, either from fish, poultry, eggs, and meat, or from plant sources. These foods give them the vitamins, minerals, and micronutrients they need to build high-quality bodies.

Children do not need to eat large amounts of sugar. In the 1800s, the average American consumed 12 pounds of sugar per year. By 1975, however, after the overwhelming success of the refined-food industry, the 12 pounds had jumped to a world-leading 118 pounds per year, and jumped again to 137.5 pounds per capita (for every man, woman, and child) by 1990. (Food Consumption, Prices and Expenditures, United States Department of Agriculture, 1991).

The effect of sugar intake on children's behavior is a hotly debated topic in pediatrics. Parents and educators often contend that sugar and other carbohydrate ingestion can dramatically impact children's behavior, particularly their activity levels. Physicians, on the other hand, have looked at controlled studies of sugar intake and have not found hypoglycemia or other blood sugar abnormalities in children who are consuming large amounts of sugar.

An interesting article appears in the February 1996 edition of the Journal of Pediatrics. In contrast with other research teams, William Tamborlane, MD, et al of Yale University, leaders in child nutrition, reported a more pronounced response to a glucose load in children than in adults.

It is commonly acknowledged that as blood glucose levels fall, a compensatory release of adrenaline occurs. When the blood glucose level falls below normal, the resulting situation is called hypoglycemia. Signs and symptoms that accompany this include shakiness, sweating, and altered thinking and behavior.

Tamborlane and his colleagues demonstrated that this adrenaline release occurs at higher glucose levels in children than it does in adults. In children, it occurs at a blood sugar level that would not be considered hypoglycemic. The peak of this adrenaline surge comes about 4 hours after eating. The authors reason that the problem is not sugar, per se, but highly refined sugars and carbohydrates, which enter the bloodstream quickly and produce more rapid fluctuations in blood glucose levels.

Giving your child a breakfast that contains fiber (such as oatmeal, shredded wheat, berries, bananas, or whole-grain pancakes) should keep adrenaline levels more constant and make the school day a more wondrous experience. Packing her or his lunch box with delicious, fiber-containing treats (such as whole-grain breads, peaches, grapes, or a myriad of other fresh fruits) may turn afternoons at home into a delight.

Refined sugars also affect insulin control, which decides how much fat they will store for the rest of their lives. As a child, I had HoHos, Twinkies, and Ding Dongs as regular parts of my meals because my mother, like so many of that era, wanted to give her children a nice treat. We both shudder now to think of it.

Sugar is not just found in sweets or junk cereal. It's in almost everything. When you look at labels, you find sugar, sucrose, glucose, dextrose, sorbitol, or corn syrup on almost every label. The more simple meals from whole foods contain much less sugar.

Fruit juices contain lots of simple sugar without much fiber. Many people think of juices as health foods. This simply isn't true. In small quantities they are fine, but they are mainly a way to get many of the calories and some of the nutrients from a substance, without getting as full and without getting the needed fiber. And children who drink more than 12 ounces of fruit juice per day are shorter and fatter than those who don't.

Fruits contain lots of sugar, but it's in a form that's intended for the body to use. Instead of sugar-coated breakfast cereal, try cereal with berries. Most kids like this. They enjoy the treat, and it stays healthy.

Children do not need large amounts of refined white flour. Again, in this century, white flour has become a major part of our diets. This simple carbohydrate acts in our bodies much like white sugar--empty calories that disrupt energy levels and insulin levels and increase body fat. The risk for diabetes increases with consumption of white bread, white rice, mashed potatoes, and French-fried potatoes (Journal of the American Medical Association, February 12, 1997). White flour can easily be replaced with whole-grain flours. Whole-grain cereals can replace breakfast cereals made from white flour. Which are whole-grain cereals? Special K? Product 19? Corn Flakes? Cream of Wheat? No. No. No. But the following are: Cheerios, Raisin Bran, Total, Wheaties, Spoon-Size Shredded Wheat, Grape Nuts, and oatmeal. When selecting among whole-grain cereals, try to minimize sugar and chemical additives.

Children do need fiber. They need their age plus 5 to 10 grams of fiber per day (that is, 3-year-olds need 8 to 13 grams per day; 18-year-olds need 23 to 28 grams per day; adults over 18 years need 25 to 35 grams per day). Dietary fiber is essential for optimum health (Pediatrics, 1995 supplement). Most children in the United States get far less than they need. White-flour snacks, breads, and cereals are major culprits . Fiber is found in vegetables, fruits, and whole grains.

Check the first ingredient on the ingredients lists of breads and crackers. It should say "whole wheat" or some other whole grain, such as oats. "Wheat flour" or "enriched wheat flour" are not what you are looking for--they are essentially plain white flour.

(Source: Nutrition Action Healthletter, The Center for Science in the Public Interest, March 1997) Some of these names are enough to make you think that the manufacturers are trying to fool us into thinking that their products are healthy when they are not.

Children do not need large amounts of fat--although fat by itself isn't quite the culprit that most people think. Fat in combination with simple carbohydrates (such as sugar, white flour, white rice, or potatoes) is far more dangerous than fat alone because the fat is handled by the body so differently. French fries, potato chips, cheeseburgers on white-flour buns, donuts, candy bars, and the like are particularly bad. Butter on vegetables is much better for us than butter on white toast. Children do not need partially hydrogenated anything. These artificial fats, so commonly found in items on grocery store shelves, are not found anywhere in nature. It pays to take an honest look at what your children are eating.

APA Reference
Tracy, N. (2008, December 10). What Foods Do Children Need and What Foods Should Be Avoided?, HealthyPlace. Retrieved on 2023, February 2 from https://www.healthyplace.com/eating-disorders/articles/what-foods-do-children-need-and-what-foods-should-be-avoided 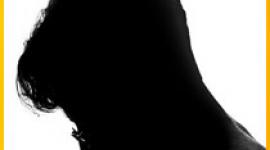 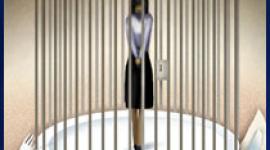 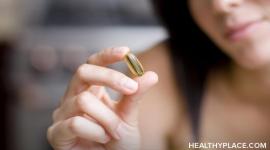 The Truth on Laxatives, etc. 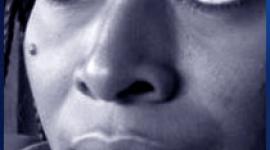