When I was in sixth grade, I was first introduced to a "new" virus called HIV. It was during a Health/Sex Education class where we learned about this disease. After the teacher finished her lecture she opened up the floor for a question and answer period. Up until this point I was o.k., however, by the last question by the last student I felt extremely anxious. "What about mosquito bites, Miss?" Despite the fact that mosquitoes can not transmit the virus, I still had doubts and visioned myself dying from this horrible disease.

Over time the anxiety decreased, nothing much happened until my second year of High School. It was after my first sexual experience, an older girl who lived across the street from me. As a teenage boy, this was a thrill, after the episode was over, I rushed home to call my best friend Dan, and "brag" of my conquest. Rather than congratulate me, Dan's first question was did you wear a condom? My answer was "No". His reply was, "Are you stupid, that's how you get AIDS?" I freaked. I felt four years of anxiety hit me like a ton of bricks. All the worrying I managed to avoid since the mosquito episode, came on 10 times over. Tears, confusion and sadness we're an everyday battle. Over the next few years, I was able to "control" my anxiety, I simply pretended that the situation never took place. This method of reassurance was good in the beginning but as time went by and events took place, my wall of denial was soon destroyed by my fears of death. Routine blood work kept me in tears and in prayer until the results came back. Even though this blood work wasn't for HIV, I always feared that the lab would stumble upon the virus.

By the time I hit 19 years old, my mind had had enough. I it was during my first year of college, I met Angie, a great girl from a good family. She had alot of self-respect and was a virgin, too boot. By the time her and I had our first intimate experience together, many months had passed and I was in love. A few hours after our first experience, my mind began to drift. "What if I have HIV?", "What if I infected Angie with HIV?", "We're both going to die...". From this day forward it would get worse. Despite Doctors reassurances that my risk was very, very low, I was certain that I had this disease. Even after I worked up the nerve for a bloodtest, I had doubts. Negative results only seemed to comfort me when I wasn't sexually active. When I was, it was always a matter of "What if...".

This fear affected every aspect of my life. My college grades, my ability to hold a job, family and friends, everything! Eventually, even my relationship was lost because my low self-esteem and negative outlook on life would be too much to bare. Even though I was "Clean", I still had fear and doubts. Any situation that could be considered a "Risk" created havoc in my life. Even protected sex (when I began dating again) was too much to bare. By the time I was 23, my family Doctor diagnosed me with depression, which lead to a professional diagnosis of OCD a few months later. I began treatment in a group environment with a team of Psych Doctors and other O.C's and finally faced my fear head on this past January. One more negative HIV test and I was home free. For the past few month's I have been feeling great. I'm now in a serious relationship and hope to marry and spend the rest of my life with her. Joan is extremely supportive and cares for me a great deal.

Recently, a friend and I decided to visit a pro and get a tattoo. My reason for doing this was sort of a reward for overcoming my problem - a reminder that I can get through life's difficulties. My plan backfired though, and now I'm experiencing my OCD symptoms full force. "What if the tattoo artist infected me?" "What if he's lying about safe practices?" I'm even doubting the sterilized equipment the artist opened right before my eyes. Every time, I tell myself that I'm being ridiculous, that there's nothing to worry about, a voice inside says "How do you know?" "What if...". I can't stop and I'm terrified. I'm afraid that I've infected Joan, I fear that my future plans and goals are doomed and unattainable. No matter how many Doctors and experts reassure me that everything is o.k. - that it's my OCD, I can't relax. I can't stop worrying. Over and over and over again... HIV / AIDS. I've even began doubting that I have OCD. By accepting this fact means accepting that the HIV threat isn't real. Then the voice starts again... "How do you know?"

They say that I'm a "Pure Obsessionist", my compulsions are inside my mind rather than external or physical. I need some relief and don't know where to begin. I hate living this way but I am unable to just "let it go". If anybody who reads this can relate or feels the same as I do, please, for both of us don't give up. I keep fighting if you will. 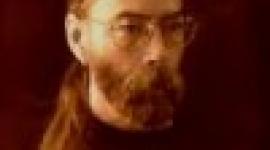