Eating disorders are highly prevalent in the general population, certainly more so in women, appearing to peak during the childbearing years. While we tend not to see pregnant women with anorexia nervosa because they have secondary reproductive endocrine dysfunction, we do see those who have been successfully treated and are contemplating pregnancy or who are pregnant. Far more often, we see patients with bulimia or other binge-eating disorders on the less severe end of the spectrum.

There is very little information in the literature on the course of these disorders as women try to conceive or in pregnancy--and even less on the treatment of symptomatic women during pregnancy or the postpartum period.

The few data that are available include studies reported in the last several years suggesting that pregnancy is associated with improvements in eating disorders followed by postpartum exacerbation of symptoms. A limitation of these studies was that there were very few women included in the samples with active illness who were on medication.

The two drug classes used most frequently in patients with eating disorders are selective serotonin reuptake inhibitors (SSRIs), most commonly fluoxetine, antianxiety agents, typically lorazepam and clonazepam. In our experience, many women have a recurrence of symptoms of the eating disorder when they stop their medication while trying to conceive or while pregnant-consistent with what we see when women with mood and anxiety disorders stop their medications.

So what is the best way to manage patients? There are two avenues of treatment, group- and individual-based cognitive-behavioral therapy and pharmacologic interventions. We have found that patients who have been on pharmacologic therapy may be able to successfully switch from medication to cognitive-behavioral therapy in conjunction with state-of-the-art nutritional counseling while trying to conceive or during pregnancy.

Patients who do well using this approach are on the less severe ends of the spectrum, for example, those who engage in some binge-eating behaviors, followed by some restrictive like behavior (calorie restriction), or who have intermittent bulimic symptoms when they experience anxiety. Cognitive-behavioral interventions can help these patients justify the need to consume calories and gain weight to sustain a healthy pregnancy.

SSRI doses used to treat eating disorders are frequently higher than those used to treat depression, but the risk of adverse fetal effects, including fetal malformations, is not dose-related. Patients who decide to stay on medication, therefore, should remain on the most effective dose, because reducing the dose increases the risk of relapse.

We frequently prescribe benzodiazepines during pregnancy and postpartum in combination with antidepressants to modulate the anxiety symptoms that are frequently associated with eating disorders. A benzodiazepine can often break a cycle of behavior during pregnancy but is particularly effective during the postpartum period. A recent meta-analysis on prenatal exposure to benzodiazepines suggested that if these agents are linked to an increased risk for malformations, that risk is not for overall congenital anomalies, but only for cleft lip or palate. And this risk is less than 0.5% over the normal background risk. The risk of neonatal complications with exposure to benzodiazepines is extremely small.

Postpartum worsening of psychiatric disorders is the rule. In the postpartum period, women may demonstrate reemergence of rituals practiced before pregnancy, and comorbid depression and anxiety are common. While prophylaxis with medication is not necessarily indicated, these women should be considered at high risk for postpartum psychiatric disturbance. Women who have been successfully treated with cognitive therapy and nutritional counseling during pregnancy may need to resume or start pharmacologic treatment. For example, it would not be unusual for a patient with mild to moderate symptoms before pregnancy, who managed well during pregnancy with cognitive interventions and nutritional counseling, to experience a reemergence of the eating disorder with major depression postpartum. These patients can become ill relatively quickly, so prompt reintroduction of a medication can be extremely important.

The incidence of treatment-emergent side effects in nursing babies whose mothers are taking a benzodiazepine or an SSRI is exceedingly low, and these drugs are not contraindicated during breastfeeding.

Dr. Lee Cohen is a psychiatrist and director of the perinatal psychiatry program at Massachusetts General Hospital, Boston. He is a consultant for and has received research support from manufacturers of several SSRIs. He is also a consultant to Astra Zeneca, Lilly and Jannsen - manufacturers of atypical antipsychotics. 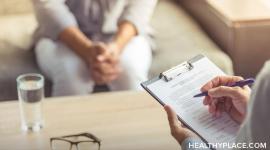 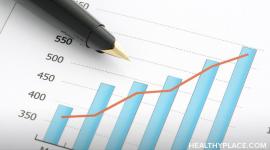 Mental Health Statistics: You Are Definitely Not Alone 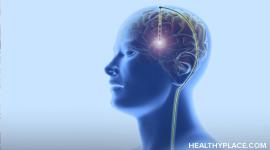 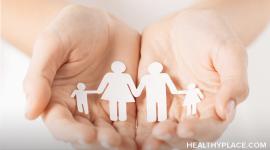 Anxiety Can Root From the Obsession With Technology