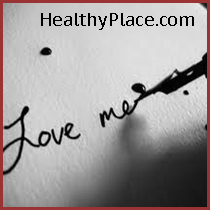 Up to 30 percent of people who require mental health services have at least one personality disorder--characterized by abnormal and maladaptive inner experience and behavior.

Personality disorders are patterns of perceiving, reacting, and relating to other people and events that are relatively inflexible and that impair a person's ability to function socially.

The Diagnostic and Statistical Manual of Mental Disorders (DSM-IV) specifies that these dysfunctional patterns must be regarded as nonconforming or deviant by the person's culture, and cause significant emotional pain and/or difficulties in relationships and occupational performance. In addition, the patient usually sees the disorder as being consistent with his or her self-image and may blame others for his or her social, educational, or work-related problems.

Everyone has characteristic patterns of perceiving and relating to other people and events (personality traits). That is, people tend to cope with stresses in an individual but consistent way. For example, some people respond to a troubling situation by seeking someone else's help; others prefer to deal with problems on their own. Some people minimize problems; others exaggerate them. Regardless of their usual style, however, mentally healthy people are likely to try an alternative approach if their first response is ineffective.

In contrast, people with a personality disorder are rigid and tend to respond inappropriately to problems, to the point that relationships with family members, friends, and coworkers are affected. These maladaptive responses usually begin in adolescence or early adulthood and do not change over time. Personality disorders vary in severity. They are usually mild and rarely severe.

Most people with a personality disorder are distressed about their life and have problems with relationships at work or in social situations. Many people also have mood, anxiety, substance abuse, or eating disorders.

People with a personality disorder are unaware that their thought or behavior patterns are inappropriate; thus, they tend not to seek help on their own. Instead, they may be referred by their friends, family members, or a social agency because their behavior is causing difficulty for others. When they seek help on their own, usually because of the life stresses created by their personality disorder, or troubling symptoms (for example, anxiety, depression, or substance abuse), they tend to believe their problems are caused by other people or by circumstances beyond their control.

Until fairly recently, many psychiatrists and psychologists felt that treatment did not help people with a personality disorder. However, specific types of psychotherapy (talk therapy), sometimes with drugs, have now been shown to help many people. Choosing an experienced, understanding therapist is essential. 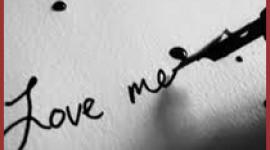 Narcissist: I Love to be Hated, Hate to be Loved

The Abuser in Denial

Coping with Your Stalker