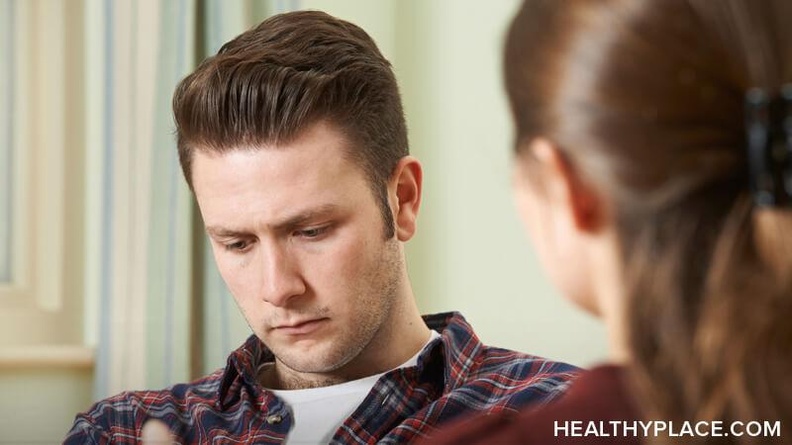 Those numerous men having trouble getting and keeping their erections may pray for their recalcitrant member to bisect the horizon from dawn till dusk and then some. But watch for what you pray for. There is a segment of the brotherhood of men who have been there and wish they could be done with it. Men who are unable to ejaculate during intercourse or in some cases, during any sexual activity in the presence of a partner, can suffer such frustration and embarrassment that they may wind up turned off to sex altogether.

A recent large survey found that 8% of men surveyed acknowledged having the experience of not being able to reach orgasm during intercourse at least once in the preceding year with many of those stating that it is an ongoing problem. An occasional misfire is a blip on the screen of one's sexual life -- no big deal. But when you keep lighting the fuse and don't get the fireworks -- well it's a problem. So what is a guy to do?

Do you have a medical condition, such as diabetes, high blood pressure, or allergies? Are you taking medications for these or for anxiety or depression? Sometimes medications to treat such conditions have side effects that result in delayed ejaculation. If your problem coincided with the start of a new medication then make a beeline to your physician to discuss possibilities of substituting your medications for ones which mess less with the equipment.

Have you had prostate surgery? If so, you may remember being warned about the possibility of a "dry" or retrograde ejaculation. In this case, the ejaculatory fluid goes into the bladder instead of out the urethra. Although this is a permanent condition orgasms are still possible. A thorough evaluation and discussion with your physician or a medical specialist, such as a urologist, can either help you rule out or begin making health decisions that are sex-friendly.

If you have not had any health changes and/or this has been a longstanding (so to speak) problem, that has slowly gotten worse, then a different strategy is called for. In that case, your Energizer Bunny imitation (goes on and on and on) may be caused by any number of anxiety-related concerns. Some men have conscious and unconscious worries that block their ejaculations. They may worry about hurting the woman, about pregnancy, or they may have guilt about having sexual pleasure (often religious injunctions). They may have difficulties with intimacy and/or commitment. They may also be haunted by that nemesis of sexual dysfunctions -- performance anxiety. In other words, they are just plain trying too hard. In these instances, the man is so concerned about giving his partner pleasure that he loses track of his own.

Some men have a need for more vigorous touch to have an orgasm than is offered by the ever so pleasurable but soft and yielding vagina. These situations can be remedied with the following exercises. But sometimes when the problem has been around for a long time or the couple is locked in chronic patterns and impasses, the guidance of an experienced sex therapist that help the couple explore these issues and help them focus on pleasure, arousal and nondemanding touch.

The following five-step set of exercises should help you on your way. If you are asking how much time to spend on each step or how long others take to "finish" the steps see the above reference to performance anxiety. Each person and each couple has a unique pace. The goal is to be able to build trust, lower anxiety, and relax with your partner -- you have a lifetime to get to know and give pleasure to each other.

Step 1. The resolution begins with you talking with your partner about your concerns and admitting that it's a problem. It's amazing how frequently a man who has not ejaculated with his partner for years has somehow convinced her, and even himself, that the status quo is just fine. Orgasm may not be everything -- but it is also not nothing!

Step 3. Once you can relax enough to ejaculate with her present, simply substitute her hand for yours (i.e., allowing someone else to have that control).

Step 4. The next stage involves gradually ejaculating closer and closer to the vaginal opening.

Step 5. Finally, when you are comfortable with this and ready for the final stage tell your partner to pick a time, without telling you, and wait until you are very close to orgasm then she should insert the penis and let nature take its course. Voila!

A few final tips to maximize your success. First, do not masturbate without your partner once you start this sequence, because as you know, the more you ejaculate the lower your urgency and need becomes. Second, many men report that tensing and relaxing the muscles in their buttocks as they near orgasm can help trigger the contractions of ejaculation, so dust off the old Buttmaster. Next use a lot of lubrication both pre- and post-penetration. Finally, if the reason for you confronting this problem is to get your partner pregnant, agree to put off conceiving a child until at least three months following your completion of the above sequence. For many men there is nothing that immobilizes that sperm like the prospect of Daddyhood.

It may be hard to admit there is a problem with delayed ejaculation but it is a problem that rarely resolves by itself. Don't delay.

Dr. Al Cooper, clinical director at the San Jose Marital and Sexuality Centre, runs the training program for Counseling and Psychological Services at Stanford University. Dr. Cooper is internationally known for his work in sexuality and is freqently interviewed by the media. He currently writes a column in Men's Health Magazine.

Talking to Your Kids About Sex

Sex: When He Has a Headache

The Difference Between Healthy and Unhealthy Sex