Medication Treatments for ADHD - Clonidine (Catapres), Another Alternative to Stimulants for Treating ADHD

Clonidine (Catapres), another alternative to stimulants for treating ADHD, has been receiving widespread anectdotal support from parents with ADHD children, and is now considered a reasonable and increasingly popular pharmaecuetical treatment for ADHD. It seems to work best in decreasing hyperactivity, but does not always improve distractibility (as stimulants do). Some physicians have found benefits in using this medication with children who have ADHD and conduct problems.

Clonidine can be useful in alleviating the hyperactivity and fidgetiness of ADHD, without having any clear affect on the attentional part. It is often used in conjunction with methylphenidate, which helps the learning and attentiveness. Methylphenidate in higher doses, ie, those necessary to control the hyperactivity in some kids, will begin to have a negative effect on learning. Thus the combination, which enables specific treatment of attention with one drug and activity with another. Clonidine may be used with Group One or Two medications to increase their effectiveness.

Warnings: Only 10 children total have been studied in double blind placebo controlled clonidine trials. Possible sudden death may be related to clonidine/stimulant combination.

Robert Renichel and Charles Popper have a review, in the Journal of Child and Adolescent Psychopharmacology, of cases of sudden death in children taking the combination of clonidine and methylphenidate. This came in response to a July, 1995, National Public Radio news piece about three deaths in children being treated with the combination. Their conclusion was that none of the fatalities support the conclusion that the combination played any role in the children's deaths.

The most common presenting symptom of clonidine poisoning in children is lethargy. Other toxic effects include bradycardia; early transient hypertension followed by hypotension; respiratory depression and apnea; miosis; and hypothermia.

Among the 285 clonidine toxicity cases among children reported to the Kentucky poison center since 1990, 55% involved the child's own medication; 106 cases were the result of therapeutic error, usually a double dose. A common scenario was for one parent to dose their child and then the second parent to unknowingly give the child a second dose, he said. Ninety-nine children were 1-3 years old, the most common age range for accidental poisonings; 81 children were 7-10 years old, most of whom took their own medication in excess.

next: Medication Treatments for ADHD - Mood Stabilizers (for ADHD with Mood and Behavior Problems)
~ adhd library articles
~ all add/adhd articles 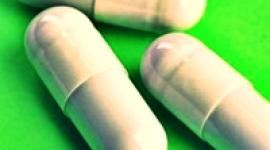 Where Does Strattera Fit into the Treatment of ADHD? 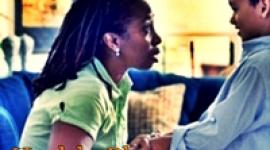