According to the web page at http://www.herbtech.com/adfx.htm, it says.......

"AD-FX is a special blend which has been shown in laboratory studies to stimulate neurite outgrowth of PC-12 cells. (PC-12 cells are a common model for the study of basil brain cholinergic neurons.) It benefits those who require improvement in overall brain function. This HerbTech blend is superior to Ginseng or Ginkgo biloba either in combination or alone."

Children with behavioral difficulties show significant improvement after taking AD-FX (500 mg per day). In the case shown below, improvement was seen in all categories of behavior after only 2 weeks. After 4 weeks the behavioral index was close to that seen in the normal population. The Connor's Rating Scale was used as the assessment tool.

I just thought I would let you know that my two boys are diagnosed as A.D.H.D. & ASD traits & A.D.H.D. & Autism. They were both on very high doses of Ritalin for their ages up until last September. At this time I started them on the AiA (Allergy induced Autism) diet which is the Gluten, Casein, MSG, Aspartame/Free diet which also takes problems with Phenols into account.

They are now on no medication at all and they are both better than they were on the Ritalin (which had helped a lot).

The site for this diet info. is: www.autismmedical.com

I hope this will be added to your list as it has been the answer for so many whose children suffer, not just for autism but a whole range of conditions.

"The Good Food Cookbook for Gluten-Free & Casein-Free Diets" by Laurel A Hoekman, "Fed Up" and "The Failsafe Cookbook" both by Sue Dengate.

You may not recall, but I said I'd get back to you with my results from a trial of 'Attend' by Vaxa. Well it's been 9 months now, and I have to 'throw in the towel' For the first month, there were terrific results for my husband (non diagnosed ADD) - he was so focussed and organised and self-motivated, but unfortunatley after this, the effects dwindled to nothing.

For our ADHD and Aspergers son, his concentration and attention did improve slightly, but not enough to make much impact at school.

Last month, we started out son on a trial of ritalin (2x10mg doses) but we had to quickly stop it after 5 weeks as he such a bad reaction. He has just started a trial of Dexedrine and so far, it's looking good. It's great to see him able to concentrate, finish his work, and his hand writing is so much better too. Fingers crossed that everything goes well with this one :-) "

"I have been using ATTEND By VAXA for over a week now, I have seen trememdous results thus far, I do not know how long it will last but I see major improvements in concentration and organization. Maybe I am writing you too early about this product but I am just happy it works. I have never been diagnosed with ADD but I know I have it, I am just to afraid to get diagnosed because my JOB will find out."

Adders.org Homepage
Dyslexia: What Is It? 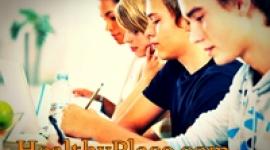 Good Things About Being ADHD
My 2 Cents on Medication