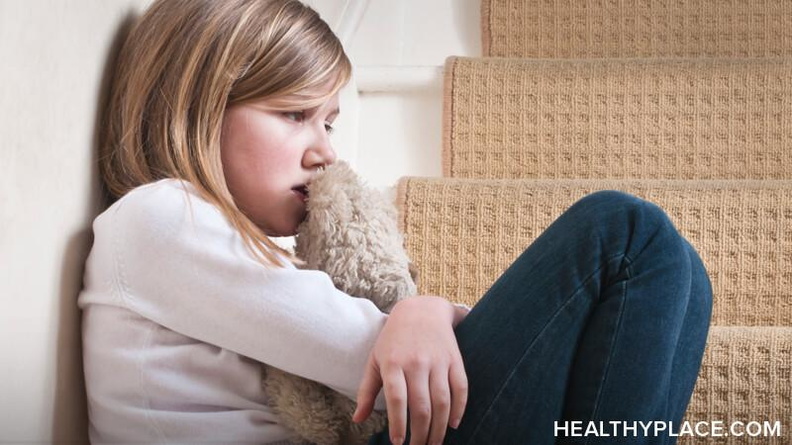 ADHD expert, Dr. Nikos Myttas, discusses the myth of ADHD and bad parenting, the history of ADHD, and the diagnosis and treatment of childhood ADHD.

The Myth of ADHD and Bad Parenting

A distinct group of children exists who have trouble staying with any task for any length of time unless they receive constant feedback, stimulation and reward or have close, one-to-one supervision.

These children are repeatedly described as 'lazy', 'underachievers', 'not reaching their potential', 'unpredictable', 'disorganized', 'erratic', 'loud', 'unfocused', 'scatterbrained', 'undisciplined' and 'uncontained'. Their teachers' reports are testimony to these labels. At the same time, they can be bright, creative, articulate, lateral thinkers, imaginative and loving.

What is often implied but not stated is that their parents are to blame. These parents are thought to be ineffective, uncontaining of their children, with pathological attachment, unable to exercise discipline or teach manners, harboring unconscious repressed feelings of hatred against their children, often the result of their own deprived childhood. Yet the same parents may be bringing up several other children with no signs of distress or maladjustment in them. Guilt is almost synonymous with parenthood and it is extremely rare that a parent will resist such an attack and challenge it, especially if it comes from a professional.

The restless, overactive and fidgety child who stands out from his peers has been around, presumably, as long as children have been around. The first known reference to a hyperactive child or one with attention deficit hyperactivity disorder (ADHD) occurs in the poems of the German physician Heinrich Hoffman, who in 1865 described 'fidgety Philip' as one who 'won't sit still, wriggles, giggles, swings backwards and forwards, tilts up his chair... growing rude and wild'.

In 1902 the paediatrician, George Still, presented a series of three lectures to the Royal Society of Medicine describing 43 children from his clinical practice who were often aggressive, defiant, resistant to discipline, excessively emotional or passionate, who showed little inhibitory volition, had serious problems with sustained attention and could not learn from the consequences of their actions. Still proposed that the deficits in inhibitory volition, moral control and sustained attention were causally related to each other and to the same underlying neurological deficit. He speculated that these children had either a low threshold for response inhibition or a cortical disconnection syndrome where intellect was dissociated from will, possibly due to nerve cell changes. The children described by Still, and by Tredgold (1908) soon after, would today be diagnosed as suffering from ADHD with associated oppositional defiant disorder or conduct disorder.

Although ADHD is a heterogeneous condition occurring along a continuum of severity, a fairly typical presentation is a child who has been difficult to handle, often since birth and certainly before school entry. As infants, some may have been extremely difficult to settle at night. They may have had their parents pacing up and down the room for hours while holding them, in order for them to fall asleep. Their parents may even have taken them in the car and driven them around to get them to sleep. Many would sleep in short bursts, be full of energy upon waking, extremely demanding of constant stimulation and needing to be picked up and held for long periods of time.

As soon as these children can walk they may be into anything, sometimes clumsily. They climb, run about and get into accidents. At preschool they stand out as restless. They are unable to sit down during story time, they fight with others, spit, scratch, take unnecessary risks without a sense of fear and fail to respond to punishment.

At the start of formal education they might be, in addition to the above, messy and disorganized with their work, overtalkative in class and forgetful. They may interrupt the lesson and interfere with the work of others, get up from their seats, walk about, rock on their chairs, make noises, constantly fiddle, be unable to pay attention or be in a daze. During playtime they may have difficulty sharing and negotiating relationships with their classmates. They tend to dominate the game, be inflexible and particularly loud, and break up the games of others if not allowed in. Some would have such difficulty making and keeping friendships and they would rarely get invited to parties, if at all.

At home they may wind up their brothers or sisters, refuse to help out or comply with demands, complain of boredom, get into mischief, set fires or engage in other dangerous activities in the pursuit of excitement. 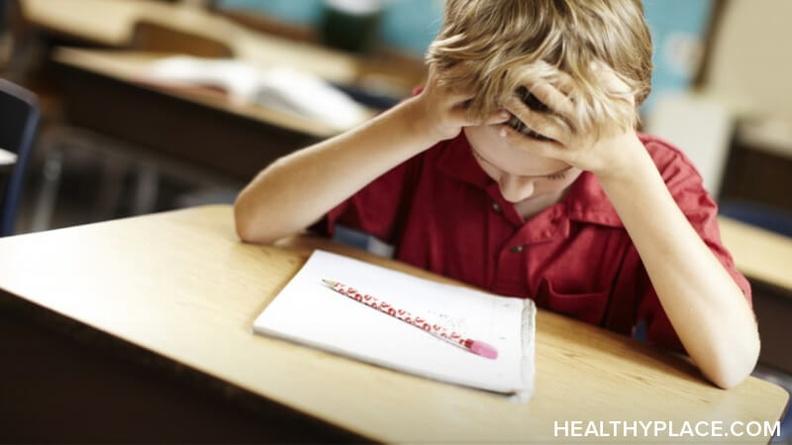 Diagnosis of ADHD in Children

Although there is no clear demarcation between temperamentally impulsive, active and inattentive children and those who suffer from ADHD, those children whose behaviour interferes with their learning, social adjustment, peer relationships, self-esteem and family functioning warrant a thorough investigation. Arriving at a diagnosis is a lengthy and painstaking process based on a systematic, comprehensive, thorough and detailed neuropsychiatric work up, observation of the child in the school setting, and exclusion of medical conditions or circumstances that might produce a similar picture or exacerbate pre-existing ADHD. The symptoms must not be better accounted for by other psychiatric conditions (such a mood, anxiety, personality or dissociative disorders).

The definition and criteria for diagnosing ADHD are similar, but not identical, in both the international classification of diseases (ICD-10) (WHO, 1994) and the fourth edition of the Diagnostic and Statistical Manual of Mental Disorders (DSM-IV) (American Psychiatric Association, 1994). The list of criteria for inattentiveness, overactivity and impulsivity is short but comprehensive. It is stipulated that the symptoms must have had an early onset (mean age is 4 years) and must have been present for more than 6 months, occurring across situations and falling along a continuum (deviant from age-based standards).

Co-morbidity: ADHD Plus Other Psychiatric Disorders

All too often the unitary approach to diagnosing neuropsychiatric conditions prevails, and other co-morbid conditions are either overlooked or not paid sufficient attention. Because ADHD is a significant educational, social and emotional handicap, it is exceptional rather than the rule that it exists in pure form. Over 50% of sufferers will have either one or more of the following conditions at the same time (Bird et al, 1993):

The degree of impairment depends on the type and number of co-existing conditions, which may require different or additional treatment. Co-morbidity does not explain causality; it merely states that two or more conditions are present at the same time.

The prevalence of ADHD used to be considerably different in the US and the UK, partly because of individual rigidity in applying clinical standards and partly owing to national practices. Historically, UK clinicians have been suspicious of ADHD as a primary condition and, therefore, approaches to diagnostic assessment vary widely between practitioners and centres. A rapprochement between the US and UK has emerged lately, made possible by the convergence of the diagnostic criteria of the ICD-10 and DSM-IV. This new consensus estimates prevalence in the UK at 6-8% of the child population, compared with 3-5% of UK children.

As with most neuropsychiatric conditions, the ratio of boys to girls is 3:1, with no social, economic or ethnic group bias in the general child population. However, in mental health clinics the ratio rises to between 6:1 and 9:1 (Cantwell, 1996) owing to referral bias (boys get referred more because they are more aggressive).

The prevalence ratio is 3:1:2 in clinic populations and 1:2:1 in diagnosed community samples (Mash and Barkley, 1998). This suggests that the purely inattentive type is least likely to be identified and that screening for a possible diagnosis of attention deficit disorder (ADD) also occurs less often. 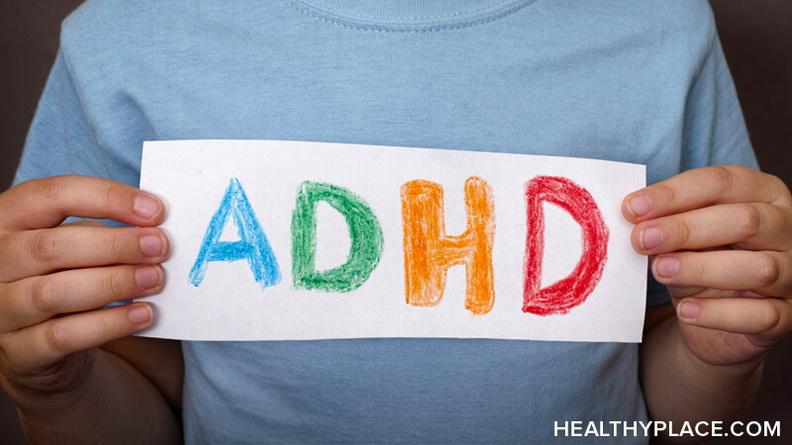 ADD is much less common (possibly about 1%). It is likely to be an entity distinct from ADHD, perhaps more akin to a learning difficulty. ADD sufferers are mostly girls, characterized by anxiety, sluggishness and daydreaming. They are less aggressive, overactive or impulsive, better at making and keeping friendships and their academic performance is worse in tests that involve perceptual-motor speed. Because they do not display the degree of behavioural disturbance boys do, they do not get referred as often as they should. When they do, they are more likely to be misdiagnosed.

No evidence exists to suggest that ADHD is caused by other than neurobiological malfunctioning. Although environmental factors may influence the course of the disorder over a lifetime, they do not bring the condition about. The significance of several anatomical and neurochemical abnormalities is still unclear. These include deficits in dopamine-decarboxylase in the anterior frontal cortex, leading to reduced dopamine availability and diminished focusing and attention; more symmetrical brains; smaller-sized brains in the area of the prefrontal cortex (caudate, globus pallidus); duplication polymorphism in the DRD4 and DAT genes.

The prevailing theory that tries to explain ADHD implicates the frontal cortex and its importance in response inhibition. ADHD sufferers have difficulty in suppressing impulse. Therefore, they respond to all impulses, being unable to exclude those that are unnecessary for the situation. Rather than failing to pay attention, they pay more attention to more cues than the average person, and are unable to stop the relentless flow of information. These people fail to pause, to consider the situation, options and consequences before exercising volition. Instead they act without thinking. They frequently report that they function best when caught 'in the thrill of it all' whatever the 'all' may be.

There is strong evidence for a genetic predisposition to ADHD with a concordance rate in monozygotic twins ranging from 75-91% (Goodman and Stevenson, 1989). One third of affected individuals have at least one parent who suffers from the same condition. Non-genetic factors that have been found to predispose people to developing ADHD are low birth weight (<1500g), environmental toxins, tobacco, alcohol and cocaine abuse during pregnancy (Milberger et al, 1996).

ADHD Across the Lifespan

Children with ADHD do not grow out of it. Between 70-80% carry the condition into their adult life to a varying degree (Klein and Mannuzza, 1991). Early identification and multimodal treatment reduces the risk of developing further complications such as antisocial behaviour, abuse of alcohol, tobacco and illicit substances, poor academic and social functioning, and further psychiatric morbidity.

About the author: Dr. Myttas is a Consultant Child and Adolescent Psychiatrist, Finchley Memorial Hospital, London. 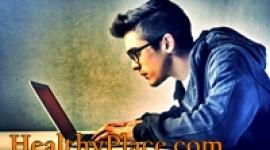 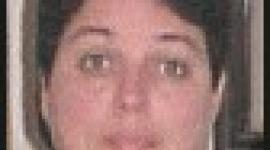 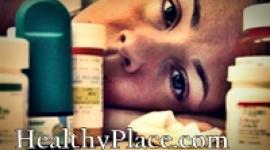 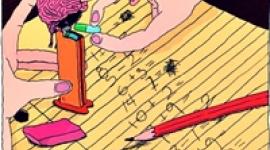 Home Education Information in the UK