Why Toxic Positivity is Harmful 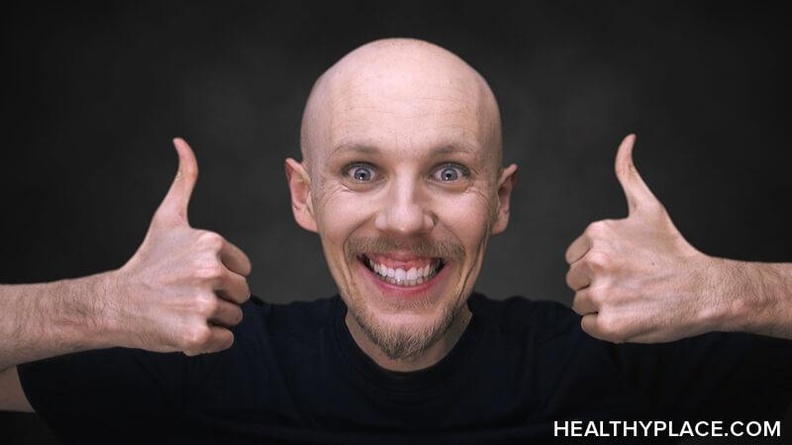 There’s been much in the way of discussion regarding “toxic” cultural practices, and "toxic positivity,” is receiving its due attention. I couldn’t be happier. A culture of toxic positivity poses an active threat to the wellbeing of anyone who is mentally ill.

What Is Toxic Positivity?

Now, whereas toxic positivity is harmful, there’s nothing inherently wrong with being positive. If you have a sunny disposition, more power to you. Toxic positivity is different; a toxically positive person will argue that one’s state of mind is a choice. if you’re chronically anxious, for instance, all you would have to do would be tell yourself there’s nothing to worry about, that everything is good, and over time, you would stop being anxious.

There are so many problems with toxic positivity in relation to mental illness it’s difficult to know where to begin. But above all, what should be kept in mind is that mental illness, though invisible, stems from the brain, which is a physical organ of the body. As I’ve discussed again and again in the past, you would be considered a monster if you, say, told someone with polio that they could walk if that person only made the choice. Mental illness is no different.

Someone with anxiety, for instance, is not choosing to be depressed or anxious. Think about it: do you really think someone would willingly choose to feel debilitatingly anxious? Of course not. Something in the brain is causing it. And you can’t tell the brain what to do and have it magically be so.

The Logical Extreme of Toxic Positivity

Taken to its logical extreme, reducing one's state of mind to a choice suggests mental illness doesn’t really exist. Anxiety would vanish entirely if all those who are diagnosed would just look on the bright side of life. That’s a slap in the face to anyone who’s ever struggled with mental illness; it completely disregards the entirety of the struggles that the mentally ill have to live with every day.

What’s perhaps the most disconcerting is toxic positivity sells. The Power of Positive Thinking was published in 1952, and is still a bestseller. That book basically made toxic positivity a cottage industry – so much so that researchers have argued that it may be a factor in rates of mental illness actually increasing in our country.1 Men and women blame themselves for being unable to live up to the standards the book promotes.

This is heartbreaking. And yet, nothing is changing. Jen Sincero’s You Are A Badass, an intolerably written piece of trash embodying everything wrong with toxic positivity in the 21st Century, spent over 32 weeks on the bestseller list.2

You know what? I’m not a badass. I’ve never been, I never will be. And I’m fine with that. I don’t need or want to be. The fact that you and your book would shame me for saying that says infinitely more about you than it does about me.

If you really cared about my wellbeing as opposed to selling copies of your book, you’d ask me what I need. You’d listen to where I was coming from, and give unconditional support. That, simple as it is, is the best remedy to combat toxic positivity. And it’s something so simple that anyone can do it. Literally all it requires is time and the willingness to listen. But there’s a lot of damage we need to undo, and we no longer have the luxury of waiting.

Why Schedules Are Good for Anxiety
Coronavirus Anxiety: 6 Things You Can Do Now to Stay Calm
Larry
February, 20 2020 at 2:45 pm

Pop psychology is worth what you pay for it.

Pop psychology is worth nothing.