Decisions About Parenthood and Depression

Depression affects decision around parenthood. Decisions about if and/or when to become a parent are already tricky. Lots of us think about issues like financial security, career, age and whether or not we feel ready for parenthood, because parenting is hard. For those of us with mental health challenges, including depression, decisions about parenthood can be fraught with complexity .

Depression Influenced My Decision Not to Do Parenthood

I often come home from work wiped out because things that other people find easy are not necessarily so for me. For example, I might have to make superhuman efforts not to either klutz out or cry in front of a client because I can’t figure out how to make a hazelnut-mocha-ameri-latte-cino with the office coffee machine because the "instructions" don't compute in my dyspraxic (a co-ordination disorder) brain. Once I've managed to press the right buttons and hopefully not end up with third degree burns, I've then got to avoid spilling the damn drinks. On a bad day, the social interaction required at work is also a huge effort.

Parents don't get a break like I do when I come home unable to muster the mental energy to even decide what I want for dinner. Parents come home from work and job number two starts. The kids want to play, they want something to eat and drink, they want to watch Peppa Pig and they want it all now, now, now. They're kids, it's what they do.

Dyspraxia affects my sensory processing, including my ability to deal with loud noises. A bad episode of depression will amplify it. I’m sorry, I know I’m “that person” in the bus/train/supermarket with “that look” on their face when your baby is doing its best banshee impression, but I can no more help my aversion to loud, high-pitched sounds than your baby can help making them. I know you'd really rather your baby wasn't screaming its head off, so I would never be rude to you about it, but my discomfort shows on my face. At least when I'm out, my exposure is finite and limited. Parenting means dealing with that every day. My depression/dyspraxia combo means I just can't deal with the kid-ness of kids for anything other than small amounts of time.

Unsolicited Opinions About Depression and Parenthood

Ahh, those golden nuggets of unsolicited advice. Where would we be without them?

Hands up if you’ve ever received unwanted advice because you either:

I figured as much.

Now, let me make some "unsolicited advice bombs" from 1, 2 and 3 so you get the full picture.

Depression + Parenthood = How selfish is that? Don’t you know that having a parent with depression causes depression in children? How will you cope if you have a relapse and you’ve got kids to look after? What about the medication, isn’t that bad for the baby? People with mental illnesses can’t cope with parenting.

Depression + Non-Parenthood = How selfish is that? What about giving your parents grandchildren? Having children will make you happier/more responsible. Oh, don't worry about that genetics thing, that's probably not true anyway. What are you waiting for? You'll love them when they're here.

See where I’m going with this? No matter what decision you make about parenting (or not) when you have depression, someone won’t like it. And they'll tell you. 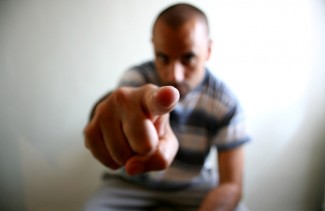 My choice not to have children happens to be right for me. I recognize my limitations, and it wouldn’t be fair to bring a child into the world whose mom would not have the energy and resilience required to cope with the normal demands of little ones. However, that doesn’t mean that nobody with depression should have children. There are plenty of depressed parents out there, some of whom might have had depression pre-parenthood, and some who didn’t. Some will cope, some will thrive as parents and of course, it is easier when your depression is well-managed and you are supported in your choice to have a family by people who matter to you.

My plea to all those who think they have a right to tell people with depression or mental health conditions what they should or shouldn't decide about parenthood is this: whatever your personal reasons are/were for becoming or not becoming a parent, they are unlikely to be identical to someone else’s. It’s difficult enough making decisions about something as life-changing as parenthood when you’re already coping with depression, so we don't need intrusive questions or arbitrary judgements. That's what the comments section of the Daily Mail website is for.