ADHD Meds Aren't the Problem — The System Is 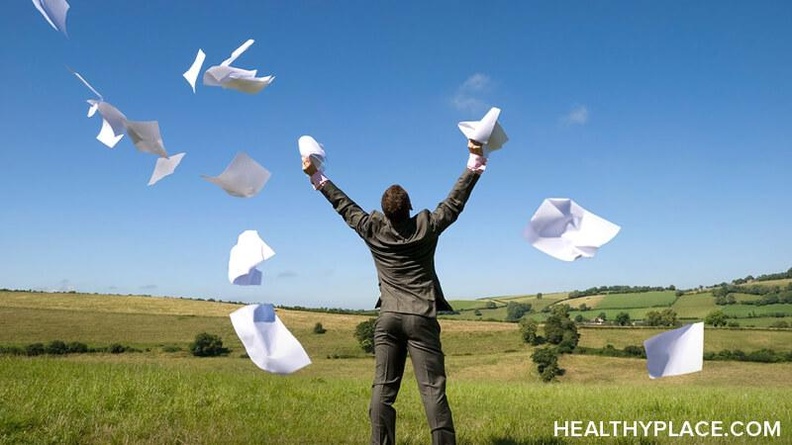 Numerous studies, articles, and opinionated online users have claimed that the United States overdiagnoses attention-deficit/hyperactivity disorder (ADHD), leading to an over-reliance on stimulant  ADHD medications like amphetamine and dextroamphetamine (Adderall) and methylphenidate hydrochloride (Ritalin)1 As someone diagnosed with ADHD as an adult, I often think about how different my work ethic might have been if I'd been diagnosed and prescribed ADHD medication at, say, 15 or even 18 instead of 24. I can say without a doubt that my medications help me stay productive and focused, and I wish I'd had that same capability back when I was a student.

When I was a bartender, I never noticed I had issues focusing. So, I've been wondering: was my ADHD the problem or my environment? Being aware of my condition has helped me understand why my brain does what it does, but would I have even been diagnosed if I hadn't quit restaurant work? Would I have even noticed the issue?

How Doctors Diagnose ADHD, Why that Matters

I recently spoke to clinical psychologist Amy Marschall for an article I wrote. As a doctor certified to assess people for ADHD, she was able to help me understand the process of diagnosing ADHD and, more importantly, why some suggest the U.S. overdiagnoses it.

Essentially, she explained, doctors can only diagnose a condition like ADHD when it is a "deficit" in a person's life (hence, "attention-deficit" in the name). This explains why Center for Disease Control and Prevention (CDC) data shows more boys diagnosed than girls and why we tend to talk more about ADHD as a children's issue than an adult's.2 Boys tend to exhibit more hyperactive symptoms than girls, which can cause issues in regimented environments, especially in American elementary schools.3 Because our school systems are so highly structured, these hyperactive behaviors are "disruptive" and "out of line," which results in the boy being punished and possibly assessed for ADHD.

Contrast this with Finland, however, whose school system is more adaptable to students' needs. Finnish schools have no mandatory standardized tests. Their schools are publicly funded and don't rely on rankings, competitions, or comparisons to receive funding. They let children play between lessons and emphasize preparing children to learn — not to take tests.4

Interestingly, Finland also has a lower ADHD diagnosis rate than the US.5 As Marschall explained to me, this is likely because the Finnish school system allows children with ADHD more freedom to express themselves, meaning that even though they might have ADHD, it isn't necessarily a deficit to them.

We Need to Create More Inclusive Environments for Neurodivergent People

I've realized that the United State's biggest problem with ADHD, in my opinion, is not overdiagnosing and prescribing ADHD medications. Our biggest problem is that we have created environments that force neurodivergent people to conform to neurotypical standards and hide, or "mask," parts of themselves that they are naturally inclined towards.

Even as an adult, the hyper-competitiveness of our current system, along with the pressure to attend expensive colleges, get high-paying corporate careers, and fit into a society based on "hustle culture" and "the grind," can be crippling. I genuinely believe that my ADHD medication improves my life, especially on an interpersonal level, by helping to keep my chaotic brain quiet and let me focus.

However, I also feel that much of the stigma around these medications comes from their misuse by people trying to game the system, perform better in school/work, and gain a competitive edge over their peers.6 Generally, I'm talking about people who are not diagnosed with ADHD and don't need psychostimulants. Addiction is, obviously, a complicated issue, but I think it's important that we ask ourselves why people are so inclined to self-medicate with stimulants as a "study aid." Maybe it's because we put too much pressure on people to fit a certain definition of success?

Regardless, I feel that for the health and wellbeing of everyone, not just the neurodivergent, we need to make drastic changes to our educational systems and focus more on living good, happy lives rather than on trying to make as much money as possible.

My ADHD medication is not the problem.

APA Reference
Harvey, A. (2022, April 20). ADHD Meds Aren't the Problem — The System Is, HealthyPlace. Retrieved on 2022, November 28 from https://www.healthyplace.com/blogs/livingwithadultadhd/2022/4/adhd-meds-arent-the-problem-the-system-is