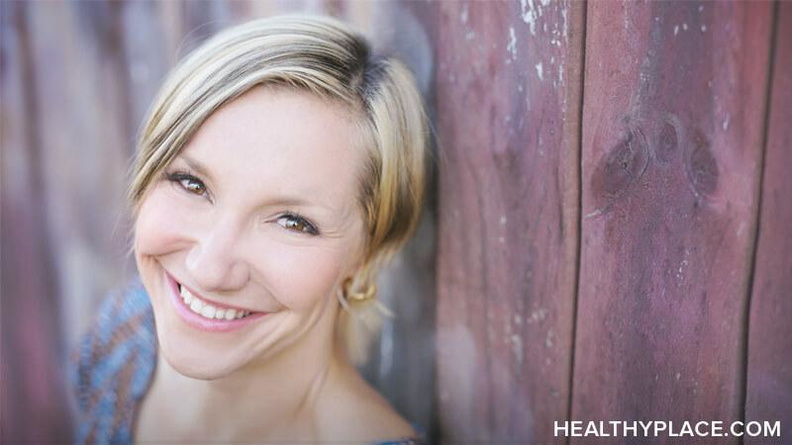 Handling eating disorder triggers is your responsibility; an on-going effort that only you can control. I realized the responsibilty again a couple of weeks ago. I attended a dinner party held by one of the mental health related organizations I volunteer for. Seated next to a prominent psychiatrist, I found myself turning down the hostess’ offer of Nutella brownies (Eating Disorder Triggers and Social Events) The psychiatrist looked at me in a funny way when I said to the hostess that I’d pass on her offer.

I felt comfortable with my colleague the psychiatrist; perhaps given his profession, as well as the fact that by now, we’d sat in a few meetings together over the last few months. I realized he didn’t know about my mental illness or my eating disorder triggers. So I took a deep breath and shared with him the following:

"I’m an eating disorder survivor. I get self-conscious when I eat in public at times. Tonight is one of those times."

There are moments in life when someone says something simple, yet it’s exactly what one needs to hear. The words hang in the air and resonate with you. Unbeknownst to him, the psychiatrist managed to do just that. He responded with a lot of compassion, looked into my eyes and said: "That never quite goes away, does it?"

At the same time, the hostess appeared in front of me with a tiny cup filled with a fancy fruit salad, and a kind smile on her face. Maybe it was the words of the psychiatrist, or the hostess’ simple gesture, or the combination of both, but I instantly felt relieved.

Both her and the psychiatrist, without knowing it, had supported me in what I call one of my ‘what if’ moments which occurs when I’m triggered. These are moments, where if left unchecked, have me asking questions in a potentially endless spiral of self-doubt:

What if I had just taken the brownie, scarfed it down, felt guilty, yet had another one, and another to fill the void I felt that night? What if I had thought of throwing all of it up?

What if I had not felt supported leading up to and during that dinner, when the combination of accumulated stress and potential food consumption triggered me?

What if, the following day, I had restricted the amount of calories equivalent to the brownies and pretended I was fine but that would’ve been a lie? 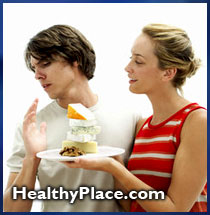 On my way home, I thought of what the psychiatrist said. What did he mean by "that never goes away”? The answer is, at least in my experience -and likely in his experience in treating people- that even now that I’m recovered from my eating disorder, there is always a risk.

However, I choose to have faith in myself. I know I can stay recovered from bulimia, through my own actions, because I’m the only one completely responsible for my wellbeing and self-care. It sounds obvious, I know. But there’s a lot of power associated with that reality, and it hits me every time I remember it when I’m faced with triggers. Ultimately, eating disorder recovery is my choice and responsibility. What I’m fighting now that I’m recovered is no longer bulimia, but rather these occasional feelings of self-doubt.

Both the psychiatrist and the hostess acted as safety nets that night. They were compassionate without necessarily knowing much of my mental health history. This showed me, once again, that there are people who are kind and supportive, whether they know the cause of your discomfort or not. At the end of the day, this means that though I have faith in myself, I can also trust in the fact that with the help of others, I can stay recovered.

Hi Cindy!
Thank you for connecting. I appreciate the time you took to write down these words.
I think I just got to a point where I'm able to gage if someone can handle the truth if I tell them what's going on. In that case, I was right. It was a huge relief on my end to be able to share, right at that moment, that I'm not as strong as I seem at times. Perceptions, hun?
You'Re right in saying that it's important to know the triggers and knowing how much you can take before you break. #staystrong
:)
P.

You were very brave to tell the truth to them. Even though one was trained to understand and be compassionate, it was in a clinical setting and you may have gotten something other than kindness from him. That takes a lot of courage to say to someone's face, "I have an eating disorder" or "I can't eat that because it was a problem food for me in the past" or "I'm feeling self-conscious and stressed right now so I'm going to refrain." I'm learning that the huge, huge, huge thing about me staying in recovery is knowing my triggers and knowing how much I can take before I break. If I'm stressed out and having an emotional meltdown, I am much more likely to find myself reaching for old coping skills to get by.