What I Wish Insurance Companies Knew About Eating Disorders 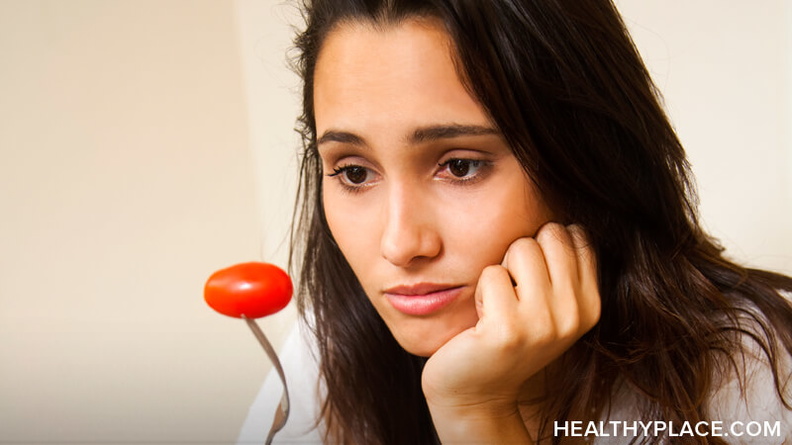 There are a lot of things I wish insurance companies knew about eating disorders, but the reality is, the people who are deciding whether or not to pay for our eating disorder treatment are not always our doctors. They can be case managers, or people whose first priority is to make the company money. If the insurance company can reasonably deny your claim, they will.

And this makes me unbelievably angry. Here's what I wish insurance companies knew about eating disorders.
A friend of mine just had her insurance deny her coverage and had to leave a treatment center unexpectedly. I am livid. Our eating disorder minds will play plenty of tricks on us if our insurance refuses to cover treatment, but let me make two things abundantly clear: if insurance denies you treatment, it does not mean that you are not sick, and it does not mean that you do not deserve to get better.

The reality is, health insurance is a business, and a lucrative one at that. The only numbers that matter to the folks behind the desks are margins. Insurance companies make decisions about whether or not to approve or deny treatment for an eating disorder based on a short list of (in my opinion, arbitrary) numbers. Weight and BMI (body mass index) are the most commonly cited figures, but eating disorders can affect people of all shapes and sizes. A series of laboratory tests gives a snapshot of how someone’s body was functioning at that moment in time – and is no guarantee that same person will be stable in a day. But if any of those numbers is even marginally “acceptable,” insurance could plausibly deny you coverage for your eating disorder.

The people making the decision about whether or not to cover your eating disorder treatment are not doctors -- they are case managers. Their decision comes down to the bottom line, which in their case is profit margin, not your health. 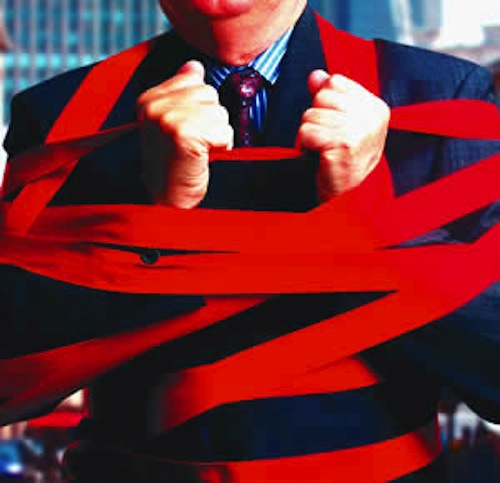 Unfortunately, eating disorders are mental illnesses, and much of the damage goes unseen. Truer indications of someone’s health and recovery are healthy thought processes and attitudes towards food, a healthy and balanced relationship with food and exercise, and a decrease in obsessions and compulsions around food. These things are invisible. You cannot easily quantify them like you can weight and lab results, so these are the indicators of “health” that insurances use when making decisions about eating disorder treatment. Weight up? Blood pressure stabilized? Labs “within normal limits?” You must be better!

No other medical illness is treated this way. If you are diabetic, insurance does not stop providing you with insulin when your blood sugar normalizes. If you have cancer, insurance does not refuse to cover remaining radiation treatments just because the tumor shrank by a few millimeters. For both of these, and many other medical conditions, insurances understand the importance of two things: getting rid of the root of the disease as fully as possible and continued care to ensure you do not relapse.

Eating disorders, although they are mental illnesses, are also real, medical illnesses. In the past five to ten years, a remarkable amount of research has been done surrounding the biological roots of eating disorders, especially anorexia nervosa. These biological components are then exacerbated by life circumstances.

A commonly used phrase in this area is, “Genes loaded the gun, and environment pulled the trigger.” Not only that, but eating disorders have serious medical consequences, which (to those of us who experience them) appear out of “nowhere” – one day you are healthy and functioning, the next you are not – and which are cumulative and may be irreversible.

At their roots, our eating disorders are coping skills. They are symptoms of a different problem, be that trauma, abuse, neglect, anxiety, depression, or any other of a number of things. Our weights may be stable, our labs acceptable, but we may not have touched the issues that we were trying to cope with in the first place. And just like stopping chemotherapy or radiation before it has done its job to fully remove the cancer, stopping eating disorder treatment before you deal with those issues that caused it creates a situation prime for relapse.

This, in particular, is one of those things insurance companies do not seem to understand when it comes to providing coverage for eating disorders. The one or two nurses or doctors a company might employ to review cases are not likely experts in eating disorders. Heck, I am being trained as a counselor and eating disorders were an afterthought in my diagnosis class. (Literally, an afterthought: we scrapped that week off the syllabus and were told if we “wanted to” we could come to an extra class where we would probably cover them.)

The sad reality is the people making decisions about your eating disorder treatment don’t necessarily understand eating disorders. They, too, live in a society where the stigma associated with mental illness is rampant and where many people think that mental illness is something you chose and can just “snap out of.” We can’t “just eat” and we certainly did not choose this hell. You know better; I know better; and your treatment team knows better. But we all have to play inside a system that doesn’t know better.

What If My Insurances Denies Eating Disorder Coverage?

Having insurance deny coverage for eating disorder treatment (this is especially common at higher levels of care such as inpatient and residential) can seem to be an insurmountable obstacle. And it is an obstacle, yes, but not one that needs to completely derail your recovery and it is not one that indicates you don’t deserve to recover.

And a fight like that is an entirely different blog post, friends. One for later, when I am not so angry about the way eating disorders are treated by insurance companies.

APA Reference
Hudgens, J. (2015, July 9). What I Wish Insurance Companies Knew About Eating Disorders, HealthyPlace. Retrieved on 2021, May 6 from https://www.healthyplace.com/blogs/survivinged/2015/07/what-i-wish-insurance-companies-understood-about-eating-disorders

very thoughtful and heartfelt article! i do wish to say one thing though and this is an important fact that you have missed - case managers do NOT ever issue denials. it is ALWAYS a psychiatrist who does a Peer Review with the patient's physican and makes a thorough evlauation of the medical and psych issues. a very important piece to this is the following - when the insurance MD attempts to do the peer review, they often are given a case manager AT the eating disorder center. this is where people get denied -the actual treating facility does not put up THEIR OWN EDO MD to discuss the case in medical/psychiatric language.