The ability to release emotions stored in the body in eating disorder recovery is vital for our health. On an average day, we have a plethora of emotions that change from one moment to the next. Society however, isn’t set up to allow us to cry, yell, or move emotions through our bodies whenever they arise. Instead, we’re trained to be professional and to be put together (The Stigmatization of Your Emotions). As the saying goes, “Check your baggage at the door.” I’ve heard that multiple times over the course of my professional life. Although there are times we need to be put together, there are many times we need to release emotions before they're stored in our body. Problems arise when we don’t allow ourselves to let the emotions move through us, to release emotions stored in our body during eating disorder recovery.

What Does 'Release Emotions Stored in the Body' Mean?

One of the most important lessons I learned during my recovery process was that the body is a warning system for our health. During an eating disorder, the body is the first thing to be cut off, chastised, deprived, or abused. But the body is a key to unlocking our recovery.

All Emotions Are Energy

All emotions are energy and energy must to go somewhere. If the energy doesn’t move through our body and get released, it can becomes stuck somewhere in the body. During an eating disorder, we often become detached from our body’s wants, needs, or desires. This often results in stagnant emotional build up, which can contribute to physical or medical problems.

Painful Emotions Are Stored in the Body as Energy 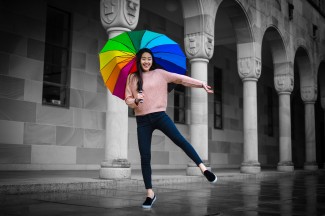 Emotions are stored in the body. There was a time I didn’t believe this but years of being a massage therapist convinced me otherwise. I’ve witnessed pain show up in people’s bodies in direct connection with relationships in their lives, or their current life struggles.

I’ve also witnessed this connection first hand. Recently, I was on the set of a film for six days. I was waking up at 5:00 a.m., being on set all day, and apartment hunting at night. At most, I was getting five hours of sleep per night for the week. I was exhausted, felt as though my brain was fried at the end of the day, and didn’t have the time or energy to process emotional circumstances that were happening in my life. Almost immediately, during filming, my bottom gums became inflamed, tender, and sore. I was worried something might be wrong, and simultaneously confused, because I’d visited the dentist recently. A friend told me to hold off worrying about it for a few days until I was able to sleep. She said her body also did weird things when she wasn’t getting enough sleep.

How to Release Emotions Stored in Your Body

I waited a day, and then another. Nothing. Then on my last night in my apartment, I had a good cry about a few things in my life and leaving my apartment that held the memories of my last few years. The tears fell, my nose congested, and I thought, “It must be because I’m stuffed up, but my gums don’t hurt.” But it wasn’t a fluke.

The second my body began to cry in large sobs, all of the pressure and inflammation in my teeth dissipated. For a week, I’d been going through life like a zombie, and then I allowed my emotions to release. It was as though all the pent up energy and stress of my move and of life circumstances, had gotten locked in my body and gone straight to my gums. Strange, but true. The second I began to cry, my gums felt 99% better. The next day I was fine.

Emotions are energy and they are stored in our bodies. Part of our eating disorder recovery is to connect to our bodies again, to begin to take care of them, and nourish them. We must allow our emotions to move through us. When we move and release emotions stored in our body, they can’t become trapped there. When we allow ourselves to feel our emotions and process them, we move forward in recovery towards our physical and emotional health.