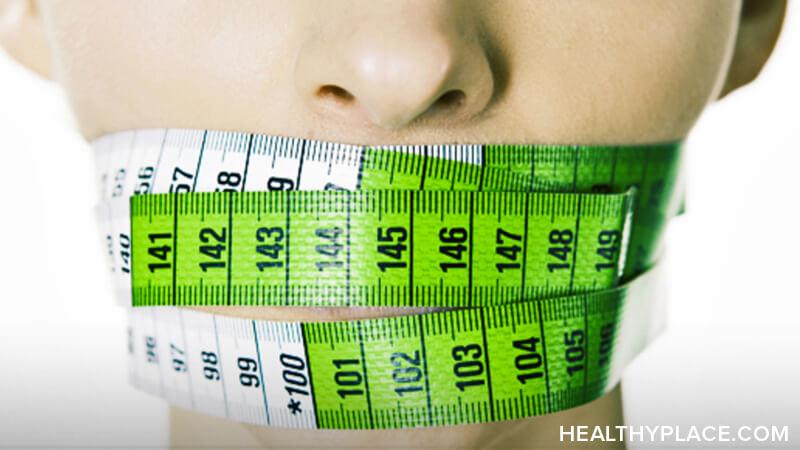 Is it possible that an improved body image can prevent eating disorders? Research has been fairly consistent in identifying the link between body image issues and eating disorders. So, can school-based intervention programs help reduce the onset of eating disorders in young people by giving them the tools to develop high body esteem and satisfaction?

Most mental health professionals understand eating disorders to be a complex interplay between psychological, biological and environmental factors. As I try to make sense of and authentically delineate my experience of an eating disorder, I continue to unravel the layers. It remains impossible to pinpoint a single driving force behind so many years of madness and pain.1 It stands to reason that an improved body image would lessen the possibility of an eating disorder.

I often considered body dissatisfaction to constitute a small contributing factor to my illness, since achieving thinness never felt like a primary driving force. But research has consistently shown that low body esteem is a powerful predictor of disordered eating in young people, as well as many other undesirable outcomes throughout life.1

In recent years, classroom-based eating disorder prevention programs have mushroomed in the UK and US since schools provide an ideal setting in which to reach and influence young minds to improve body image. While living in Tokyo, I attended a seminar at Temple University, where professionals gathered to discuss the first-ever implementation of an evidence-based eating disorder prevention program in universities.

Skeptics have questioned whether these programs do more harm than good by exposing young people to negative beliefs and behaviors (e.g., fat talk, disordered eating), but studies continue to provide evidence for their effectiveness.

Many programs, like Happy Being Me, have been shown to improve body image in adolescents – a causal risk factor for eating disorders – by raising awareness of issues like body comparison, appearance conversations, and thin-ideal internalization.2  By talking about these problems with their peers, young people can challenge destructive ideas about appearance and weight, and work collaboratively to create a culture that fosters and promotes positive body image.

Growing up in the late 90s and early 2000s, sex education formed a regular part of my curriculum at school; yet, there was little to no discussion around mental health, like poor body image and eating difficulties. I had no idea that eating disorders could exist outside of common stereotypes. Witnessing the recent increase in classroom-based body image improvement interventions makes me feel hopeful that the tide is turning and change is slowly happening.

I can’t affirmatively say that more discussion around body image would’ve prevented me from developing an eating disorder, but it might’ve helped me to recognize that I had a problem and stopped me from spinning deeper into compulsion. By avoiding the topic of body dissatisfaction, we continue to heighten the stigma around food-related mental illness. While body image is not the whole picture when it comes to eating disorders, there’s evidence that it’s a huge risk factor, and by encouraging young people to be part of the conversation about it, we enable them to reframe the unhealthy norms that exacerbate a distressing and potentially life-threatening disease.

Did improving your body image supplement your eating disorder recovery? How did it help?

Who Am I Without My Eating Disorder?
Female Body Image in the Era of #MeToo