Coping with My Eating Disorder During Pregnancy 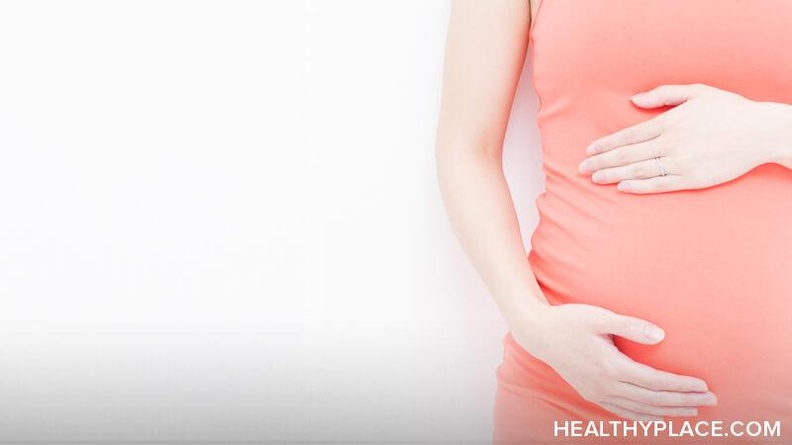 Eating disorders during pregnancy are serious. When I found I was pregnant with my son over 10 years ago, I was still firmly in the grip of my eating disorder. I had what was known as eating disorder not otherwise specified (EDNOS), now referred to as other specified feeding or eating disorder (OSFED). As my doctor explained it, this is a name used to describe people who did not categorically check all the boxes of anorexia nervosa or bulimia, but still had a high-risk eating disorder.

Pregnancy with An Eating Disorder: A Wake-Up Call

I hadn't planned to get pregnant when I did, but at that point, I had been trying to eek my way into recovery for a few months. Seeing those two lines on the pregnancy test shoved me into it. I mention this timeline, so it's clear that I was ready to seriously try to get better when I became pregnant. This is in contrast to women who find out they are pregnant and have not thought seriously about their recovery. I cannot speak to this experience, though I know it must be extremely stressful and even cause dissociation.

Here's what I mean by that: even as someone who was willing and ready to get better for the sake of myself and my child, my disease still had me in its grip, and it was still a main focus of my life. Logically, I understood I was pregnant, but emotionally, my child may as well have been on Mars. I didn't feel that instant connection that many women talk about feeling. To be honest, I didn't get that feeling until months after my child was born. I was shell-shocked by the whole experience--"shock" being the operative word.

So did I stop the bulimic behavior and starving myself as soon as I found out I was pregnant? I am lucky to be able to say yes, but again, I'd made headway toward that end before becoming pregnant. I'd gone weeks without purging and had been trying to consistently listen to my body's cues for hunger.

I am not going to say it was easy, though. There were many times I had to talk myself down off a ledge, and keep myself away from the bathroom after eating a big meal. There were lots of times I had to remind myself not to fight my growing belly, and to welcome it.

As I already mentioned, connecting with my child and the experience of being pregnant was difficult during this first pregnancy. My subsequent pregnancies would give me the space I needed from my disease to really feel that connection. However, if it weren't for that first, unexpected pregnancy during my eating disorder, I am not sure I would have had the motivation to get better.

Next week, I'll be talking about the strategies I used to get through my pregnancy with an eating disorder. In the meantime, I invite you to share your experiences.

Do you have experience with eating disorders during pregnancy? Share in the comments.

Hollay Ghadery is a writer and editor living in Ontario, Canada. She has a book of non-fiction set to be published by Guernica Editions in 2021. The work dives into the documented prevalence of mental health issues in bi-racial women. Connect with Hollay on her website, Twitter, Facebook or Instagram.