Stigma abounds when society is misinformed. Think back to the initial AIDS epidemic. The tuberculosis pandemic. And even the current societal view of addiction as a personal and moral failure.

Stigma begins with misinformation, and spreads with a complacent disinterest in the truth. Therefore, the more people know about mental illness, in theory, the less stigma there should be.

On that note, I think it is worthwhile to have a refresher about some of the causes and contributing factors of mental illness. 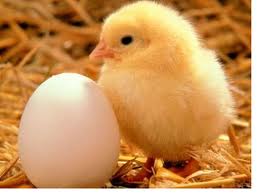 Mental illness was at one time thought to be primarily genetic. However, recent evidence has shown that even those with a predisposition to mental illness may not actually develop symptoms if they are raised in a caring, nurturing environment that is as free from stress as possible. Two people with pre-disposing genes to schizophrenia with one raised in a violent, abusive and alcoholic household and the other raised in a calm, nurturing and supportive environment may lead one to develop the illness while the other may never show any symptoms.

It has only been in the past fifteen years or so that we have started seeing mental health issues and addiction as two parts to a whole. And clinicians are still battling with the question of ‘which comes first?’ Does the drug use start to self-medicate a mental health issue such as depression, anxiety or schizophrenia or does a mental illness get triggered by recreational drug use? We may never know, and probably never could know, as every single person is different. But the relationship between drugs and mental illness should never be ignored.

When discussing the chicken and the egg, one must also consider trauma. In my 9 to 5, I deal with a client base who have suffered a great deal of trauma, especially in childhood. Horrific neglect, physical abuse, sexual abuse, societal alienation, bullying as well as the daily trauma that comes from living on the streets and being in prison. It’s difficult to tell which trauma led to which aspect of their mental illness, or what particular trauma led to their specific addiction. But what is easy to tell is that trauma, both in childhood and adulthood, is a major player when it comes to mental illness as well as addiction.

Too Complex for Words

The reason I wrote this piece was to illustrate that mental illness is not cut and dry. For every single person, there are hundreds of contributing factors to their specific plight. Trauma, addiction, neglect, social isolation, job loss, romantic loss, genetics, parental influence, bullying, environment and poverty just to name a few.

The next time you speak to someone with a mental illness, don’t look at them as their diagnosis.

Look at them as the entire, majestic puzzle that they are.

Tags: chicken and the egg

As to belongs to mental illnesses, I agree with your opinion that mental diseases presents a great unrecognizable area, which is the main reason of tremendous stigma on mental pathology. Stigma from itself side impedes the satisfying treatment and management of mental disorders. Beside this sadly fact, stigma on mentally ill people lead to sorrowful psycho-social environment that additionally render more difficult the prognosis of any mental disease. Thus, it is impose as urgent needs to inform in genuine and comprehensive way the community of real nature of etiology, course, medication and rehabilitation process of respective mental disorder. This complex and multidisciplinary approaching to management of mental illnesses would enhance the probabilities to a successful treatment of mental disorder, which in itself manner should to decrease the stigma on this tenacious human pathology.