Having a mental illness brings a world of new perspectives, life experiences, and a change in reality forever. How does one survive the everyday, when it feels at every turn you are hit over the head by a new challenge facing mental illness stigma? It is never easy to deal with a mental health issue and it is equally as difficult to manage with the everyday annoyances, put downs, negative media reports, and a world that is just plain stigmatized.

A Glance At A Bipolar Babe’s Life With Stigma

Upon being diagnosed, I was unaware that stigma even existed, but soon after I was released 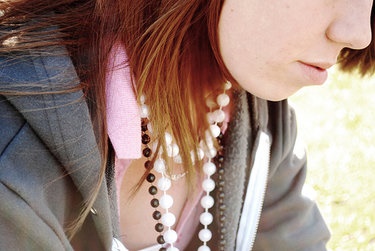 from the hospital, my utopian bubble burst. While in a deep state of psychosis, my actions were viewed as beyond strange, weird, and unforgivable. Weird and strange I can accept, but unforgivable? I did not do anything of the sort, except attempt to buy an engagement ring for my dreaded ex-boyfriend, hand out bibles transcribed in terms of current events, give away my jewelry to homeless people, and experience delusions and visions that brought me to speak and act oddly. I did not do anything that was meant to be hurtful, and frankly, during this time I was the most empathetic and caring person that I had ever been in my life.

Next came the defensiveness, eventually, everywhere I turned an image of a mentally ill criminal on the news emerged; words such as "crazy" and "nutty" dropped out of people’s mouths at every turn, and then the fear set in, “Will I ever fit in again? Will I ever be normal?” I began to despise the world, fearing that they would find out I was one of them, the crazy people, and they would hate me for it. I was so angry that I made a risky journey, and only two months after coming out of my second hospitalization and suicide attempt I headed to South Korea to teach English for two years. Little did I know that stigma was not only alive and thriving in Canada, but in some instances, even worse in my new home. I was assured by new friends that if my employer knew that I had bipolar disorder, I would be sent back on the next plane to Canada.

How Do You Survive Mental Health Stigma?

So, how do you survive the everyday, other than trying to put up with stigma and ignore it? 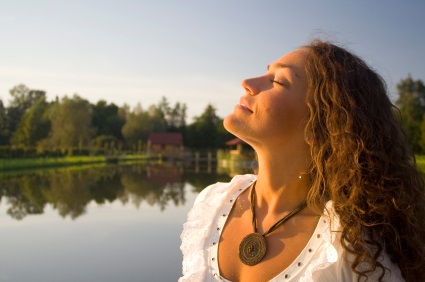 Over the past 11 years, I have learned to cope, manage, and deal with mental health stigma effectively. It took a lot of time to learn how to navigate in a world that is greatly stigmatized and misinformed. Here are some tips on how to survive stigma and face it with ease:

Be strong, level-headed, and remember that you have to be accepting of yourself, before anybody can offer you the same in return. Keep your head up, and remember that only you can stomp out the stigma that exists in your world. If you don’t do it, then nobody will do it for you.

Mental Health Stigma in the Family
The Stigma of Taking Mental Health Medication
Kirsty
September, 30 2014 at 5:03 am

Living with stigma and discrimination is the hardest part of having mental illness for me.
I have struggled with employment and forced to disclose by Disability Employment Services. I think the main reason I didn't get many jobs is because I have bipolar. Eventually I gave up trying. Loss of career prospects has been the biggest impact on my life.
I have lost friends because they didn't understand. Overall most of my friends now are other people with mental illnesses so I just don't give a dam.
I have people I care about that never ask me to babysit and I know why.
I can't get a home loan with my partner, because they lend him less because I am not working then if he applies with me.
I know people who lost jobs, and significant relationships because of mental illness. Others are frightened to disclose even to support others or seek help.
The best way for me to deal with my illness is to be "out" so to speak. I generally have an attitude of f@@k you if you don't like me, but stigma and discrimination is hardest when it impacts those you love too. I am concerned that my future children will be effected by my disclosure in the internet and other places.

Wow! Thank you so much for your post David! You are a really brave individual and I really admire your 'stand your ground' kind of attitude. Please stay strong and remember it is in you to know that you are an amazing person. Just know that you can trust your gut instinct too and there will be kind people coming your way. You'll know how to identify them. HUG at ya! Andrea

Andrea, this is a fantastic piece of writing and really speaks to me. I have lived a long time with the stigma of my mental health dragging me further into depression. I've been the victim of cyber bullying and even received encouragement to commit suicide over the past year or so. A lot of supposed friends turned their backs on me and believed the lies of an evil man.
I was always very open about my illness and discovered that I was too open, too fast. Your bit about testing the waters first speaks volumes and is very solid advice. I've been through the bitter and am just learning to come out of this and let people accept me for who and what I am. If they have a problem with my mental health it is their problem, not mine. I guess this is the first step to stomping out that stigma. Am I strong enough to see it through? I think I am at times, but need to be aware that I'm still pretty vulnerable. As long as I stay under the radar at those times and aim just to do what is right, what others do is up to them.
Thanks for a really excellent article.

I find it really hard to disclose. At work- that is a big one- but sometimes I have had to- like when I was written up for excessive absences. And when I first meet people, it is really hard. And it is funny, but sometimes what really bothers me is that when I do tell people is the response that I get- that "everyone is a little bipolar" or that I am not that crazy, there is nothing really wrong with me, etc.