Mental Health Stigma in the Family

Stigma is often something that we perceive as being out there in society, but, actually, it too is rampant, and a reality, in the lives of many families. When a family member is diagnosed with a mental illness, the fear often sets in and they panic wondering, “How am I going to tell my family?” One may assume that a family is assured to be empathetic, understanding and accepting, but this is not always the case.

Being a Child With Stigma In The Family 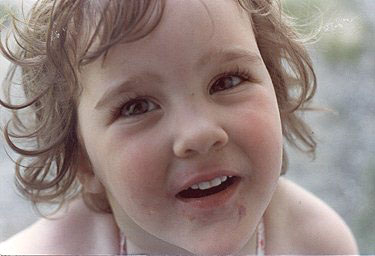 I vividly remember being 6 years old and having my mother drop me off at a friend’s house. She was distant and sad, but I barely noticed as this was nothing new for my mother. I had no idea that my mom had bipolar disorder, and I probably would not have even understood this reality at such a young age, but I now ponder whether it would have been beneficial to know in some sense that my mother was indeed sick. After two hours of playing in the garden at my friend's place, I will never forget the news that my friend’s mother had for me that day. She approached and told me that my father was on his way to pick me up, and that my mother had jumped out of the family car while driving home. My heart dropped and I felt a deep pit in my stomach flip as I heard this disturbing news.

As I was driven home by my father, I do not recall a word being said about the incident. However, I do remember seeing my mother in her room some time later after her hospitalization with a cut on her lip, and as I approached her, in tears, she propped herself up in bed with open arms. I know that my parents were trying to protect me from the truth that my mother had a mental illness, but I still wish that I would have had an explanation and been assured that she was being taken care of by a doctor.

Luckily, a suicide attempt never happened again; however, many times thereafter she was forced into a psych ward and I would hear the commotion as ambulance attendants forced her into their vehicle at three in the morning. My friend, who had slept over that night, cried and hugged me as we heard the sirens arrive and as the ambulance left the driveway. I lived in fear wondering why would mom do this if she loved me so much? Although I know my father loved my mother and I dearly, I remained confused, and it actually would have been more than beneficial to know that it was not my mother in her right mind who was doing this, but that she had a mental illness called bipolar disorder.

How To Break Through Mental Illness Stigma In The Family

Although this topic is both difficult and highly controversial, I feel that we need to learn how to break through the stigma of mental illness in the family. Please consider the following suggestions:

Let’s admit it, life is not easy and neither is mental illness, but with a significant amount of courage, respect and love, anything is possible and we can no doubt be both positively functional and supportive when faced with stigma and mental illness in the family.

Surviving Stigma On All Fronts
Surviving The Everyday Stigma Of Mental Illness
Catherine
April, 28 2015 at 4:34 pm

I loved my sister. She was always so sweet to me. I hate she was diagnosed with a mental illness. Not because she was bad but because she was so good. My sister was a wonderful human being and was dealt more than anyone deserves. After many years of trying to find an answer she ended her life. I want people to know that she took me everywhere when I was young. She loved with all her heart. Too much. No matter what I know she is still looking out for me. We all miss her so much.

My son will soon be 11 and we have been apart most of his life, due to his father alienating me, fear and stigma. I do not know how to fight this. I am writing a letter to him in hope of explaining some of the gaps. I want to also address letters to his father and step-mother, for the little hope it will help. I am still considered his mother by the courts, I still pay his child support but I cannot afford to see him, nor do I feel comfortable with the visits in their home.
I am not a bad person. I have lost health insurance, lost my disability and only have part-time work. I want to live and be happy, be employed. I already lost my child...I just want him to know I love him dearly. I was pushed out of his life and I have great regret over it.
I cannot make sense of this or forgive myself and go on, as it is always a painful reminder. I thought I did forgive his father, yet the pain does not subside.

My heart goes out the the commenters - and the author - for having been through such traumatic experiences. I've seen my family try to hide my mother's illness from the grandkids, which I think is a mistake. Her illness is not as severe as what others here are talking about, but it upsets the kids when grandma isn't able to come over or adults are overheard worrying about her but give thinly veiled covers like "she has a headache." Kids not only see through that, they pick up on adults' anxiety too. Actually, our "protection" is often quite cruel.

I was around 9 when my Mother first attempted suicide. I remember asking her 'why would you leave me 'on purpose'?
We later became friends and had a few open discussions. Sadly she died, naturally, when I was 23...I had more questions.
Having fought demons in my own life, I believe I can understand her desperation. The feeling I had as a little girl, though, saved me from leaving my children with unanswered questions. For that, I am grateful.
Everything that happens leads us to a more empowered place...even though it is often hard to see when we are In It.
Thank you for this piece.
Rachel

at age 13 I found my Mom barely alive from a suicidal over dose. Her body was cold and her heart beat faint. I pleaded with my Dad to take her to the hospital. His indifferent reply was "if she wants to die then let her".
Finally he carried her limp body to the car and drove her to the hospital. She nearly died that night. Through the years I was never told her diagnosis. But she suffered through life mostly untreated. My Dad forbade the therapy she needed. I too wished the facts of her illness were not kept silent. Moms illness always prevented close relationship with her. Mom was brave fighting internal wars i only saw in in her withdrawal to protect me from her illness.