Surviving Stigma On All Fronts

As many walk by the people that inhabit the streets as a home, many of us consider that because someone is homeless that they must have a mental illness. I teach in the classrooms that this is not the case, but, ironically, it is the situation a lot of the time. As we are approached by people begging for change, wearing no pants, or screaming relentlessly in the streets, we are often correct in assuming that these individuals have significant mental health challenges.

A Homeless and Stigmatized Bipolar Babe 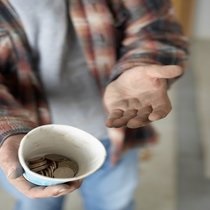 When I was first diagnosed with bipolar disorder eleven years ago, my roommates asked me to vacate the premises upon my hospitalization because they were scared and just did not understand the reality of my circumstances. I had planned to move in with another friend during this time, but she told me at the last minute that she had depression, and could not imagine moving in with someone that had bipolar disorder. As the turn of events took place, I became homeless. Luckily, I was not literally on the streets, but the hospital became my home instead. The hospital staff told me that if I behaved, I would be able to stay for a while, but consider if I had an outrageous manic episode or went into psychosis and did not know what I was doing? The situation was delicate indeed.

Facing Stigma On All Fronts

As a social worker sat with me in the hospital, he asked me an extensive list of questions about my personal history. At the time, I had a newspaper clipping of my run for the nomination for Member of Parliament in Victoria when I was 25 years old, my Bachelor of Social Sciences Degree from the University of Victoria, and pay stubs from my most recent job as a Research Officer for the British Columbia government. He told me if I was approved for financial assistance that I would receive $400 for rent and it would only be given to me upon securing a place to live and obtaining a letter from the landlord. I was petrified, not only did I have to deal with the stigma that I had a mental illness, but I was to be on social assistance and I was a homeless person.

I conjured up the energy and courage to look for a place to live. Something inside of me sparked and my heart beat quickly as it was time to tackle what seemed impossible. As I scoured the rental ads, I found plenty of rooming houses without parking, but I owned a car so how would that possibly work? I had also heard horror stories about such accommodations. I found one ad that said rent negotiable and I jumped with excitement as I knew I could certainly negotiate. I called the new landlord named Heather and as I talked to her, I asked if she could pick me up by the hospital so I could catch a ride and view her suite. Imagine if I had asked her to pick me up at the psych ward? But how stigmatizing would it be to ask her to come by the hospital because I had a broken foot? We treat broken bones and a broken mind very differently.

Surviving the Stigma Bestowed Upon Me 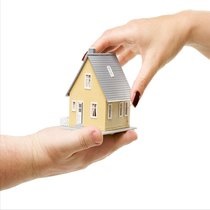 I decided to not let my own stigmatized view of myself cause me to lie or pretend I was not experiencing mental health challenges. A part of me did not want to tell my story, but I certainly did, and it was well received as Heather told me that I would make a great roommate. I did it! I survived the stigma of receiving welfare, mental illness, and homelessness. The kindness of a new friend and a lot of bravery sent me on a new track to mental wellness and gave me a place to rest my head at night. As I sat on my new bed, I shook my head in disbelief, but I was grateful that I was going to be okay, at least for now anyway.

APA Reference
Paquette, A. (2014, May 28). Surviving Stigma On All Fronts, HealthyPlace. Retrieved on 2022, August 8 from https://www.healthyplace.com/blogs/survivingmentalhealthstigma/2014/05/surviving-stigma-on-all-fronts

How to End Self-Stigmatization and Reclaim Yourself
Mental Health Stigma in the Family
Andrea Paquette
June, 8 2014 at 10:15 am

Hi Holly,
Thank you so much for sharing your story as I know it is not easy to disclose the details of a difficult situation. I am happy that Lady Gaga's song inspires you as it inspires me too. Helps me remember to accept myself and know that there is hope with perseverance! You certainly have both. Hugs to you and good luck! :)

I'm bipolar with anxiety disorder,also with epilepsy. Plus the kicker is I'm hearing impaired! Why I got turned for disability at before turning 18 yrs old, is still a mystery to me( my daddy is deceased. He died in'82 when I was 11. Mom
was never good to say the least. She ALWAYS hated me, so did my younger brothers. Why? I don't know. I've been beaten by the three of them over the course of my 43 yrs( that's how old I am now) when I reach 16-17 IT turned TO very harsh verbal abuse,WHILE my mom was getting abused by my stepfather. Of course, I came to rescue for my brothers& mom. I would beat the living crap out of him. What do I get for it!? Juvie hall. TWICE! So now, I've been living in Florida. I have an 18yr old son, whom my mom manipulated me into giving her to him. He hates my guts, won't HEAR MY side of the story, plus I FINALLY TOLD HIM I WAS raped by his father that was your uncles best friend for a long time. Know what he said? Oh ok. He doesn't care. He thinks my mom is saint. I've only been in 3 long term relationship, which I'm in now, married. So, lately THEY gave me a nervous breakdown back in December of 2013. I'm STILL trying to DEAL WITH IT. I refused to talk to anybody on the maternal side of the family. Bc they ALL treated ME like I was stupid! My son did too AND he NEVER called me mom in any form or fashion, just holly. His first words? Dada. I was shocked! Isaid who is dada, he pointed to one of my brothers. I went straight to bathroom & puked. So yea they ALL think I'm crazy, but I'm not. They've made think that at some points in my life, but thanks to my wife( yes, I'm a lesbian )& her mom, whom I proudly CALL my mother. They helped me be a VERY happier, better person, along with therapy & the right meds. I STILL have some ways to go, but like Lady Gaga sings" I'm ON THE RIGHT track baby, I WAS born this way! " Thank you for reading my story. I hope it will help others. Bc there IS HOPE AT THE END OF THE TUNNEL....IT JUST TAKES HARD WORK&PERSEVERANCE!

What a Wonderful Touching Storie; But, I immagine NOT EVERYONE,S storie ENDS THIS WAY.