Am I a Bad Person for Setting Boundaries? 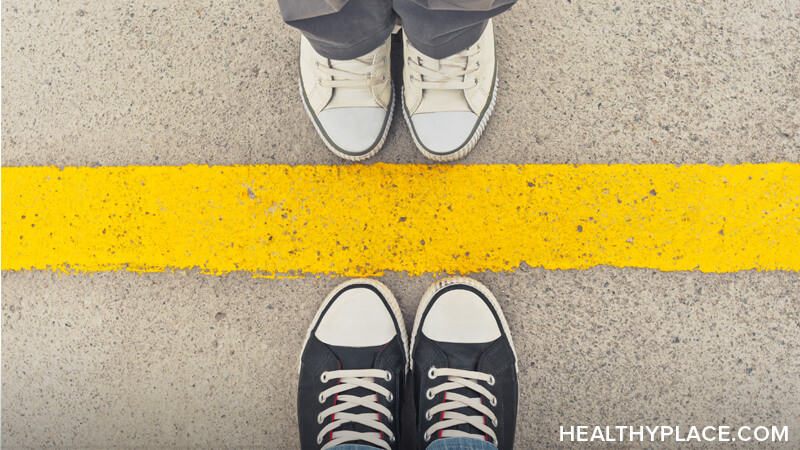 Boundaries are one area in my life that I wish I were better at. I have trouble completely putting myself first, even if it becomes a detriment to myself, especially my mental wellbeing. It dawned on me, though, that I had set boundaries before. While I had thought I didn’t really have any, I do have boundaries I’ve set up to protect my mental health. The reason I’ve never really thought of them in that light is that I’ve struggled with feeling like a bad person by doing so.

I Feel Like a Bad Person When I Set Boundaries

Have you ever had one of those moments where you read something on social media, and stuff just clicks into place? I had one of those. I was scrolling through Facebook, chuckling over memes, and then came across a post about boundaries. The post noted how setting boundaries after a long time of people-pleasing could trigger feelings of guilt and even villainy. Villainy—that’s where everything clicked and fell into place for me.

There are people in my life whom I have set boundaries with, and because of it, I’m the bad guy. This is a label I’ve been given by others and one that I’ve given myself.

Honestly, it’s something that I’ve warred with internally, but overall mostly accepted. I let myself believe I’m a bad person for setting boundaries because I felt guilty for doing it in the first place. I could see that people didn’t think I should be setting the kind of boundaries I had, and I felt bad for any hurt I might have caused that other person.

Boundary Setting Is Seen as Cruelty, But It's Not

I’d argue that, like mental health, boundaries are stigmatized. Boundary setting is often seen as an act of cruelty and selfishness. Regardless of the reason behind the action, the perception is that we’re being mean to another person by setting boundaries and putting ourselves first.

And in cases where the boundaries are set to protect one’s mental health, mental health stigma comes along for the ride. People will say we should just get over whatever is causing us distress and stop being so sensitive. Or, in the case of boundary setting with family members, family trumps mental wellbeing; we ought to just accept the situation as it is.

To that, I say no way. Mental wellbeing shouldn’t be a situation of everyone else’s mental health is more important than mine to the point where I should put mine at risk. I have to push through the guilt, push through the feelings of being a bad person, and remember that I’m setting a boundary for a reason. I’m not a villain. I’m a person protecting my mental health.

APA Reference
Barton, L. (2022, June 27). Am I a Bad Person for Setting Boundaries?, HealthyPlace. Retrieved on 2022, August 12 from https://www.healthyplace.com/blogs/survivingmentalhealthstigma/2022/6/am-i-a-bad-person-for-setting-boundaries