Why Media Portrayals of Mental Illness Are Important

Careful media portrayals of mental illness are more important than they may seem. While it’s true that not everyone feels the influence of media, there are people that do, and it is those people that we have to keep an eye out for. People might be influenced regarding their hair style or the latest Twitter hashtag, but the media portrayal of mental illness may influence them as well. 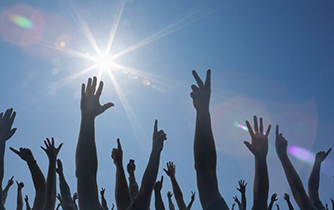 Portrayal, defined by Google, means describing someone or something in a particular way, a representation. In today’s rhetoric, it also means seeing ourselves in advertisements, film, television, and so on. As opposed to sticking with the status quo of what people in the media look and behave like, it acknowledges people or a group of people who were otherwise ostracized.

While there are some shows, movies, and ads that have acknowledged diversity, there’s still more to be done in terms of bringing in an even more diverse depiction of humans, including giving us a more accurate representation of mental illness in the media. The more we acknowledge and talk about these things, including mental illness, the less it becomes taboo and the less shame people will carry. We’ll learn what it actually means to live with these illnesses, as opposed to working off of misinformed, archaic ideas that perpetuate stigma.

Accurate Portrayals of Mental Illness in the Media Combats Stereotypes

I hear all too often of television shows, especially crime-related dramas, misrepresenting what a certain mental illness is. Personally speaking, one of the worst offenders I’ve seen is schizophrenia, considering many people confuse it with dissociative identity disorder, but bipolar disorder, psychosis, and many others are often portrayed inaccurately, which only fuels the fear-driven stereotypes and negative opinions people have about them.

When someone accurately represents what a mental illness is, however, it makes people rethink the preconceived notions and potentially even do research to find the right information (Dos for Fighting Mental Health Stigma).

I recently wrote another blog pointing to a lack of representation of physical scars caused by mental illness (and scars in general) in “real beauty” campaigns (Not Hiding Self-Harm Scars). The most common negative response I got was “you can’t please everyone,” and honestly I think that’s just a cop-out. I understand that yes, literally speaking, it would be extremely difficult to make sure everyone is represented, but to offer diverse representation is not unreasonable. Criticizing a lack of representation is also not unreasonable.

When these campaigns are branching out more and more with each ad or photo shoot produced, why not given them an idea of how even more of a difference can be made?

Firstly, stigma on mental illness exhibits impassable and persevering impediment to current psychiatric treatment and management of mental disorders. So, antistigma campaign is the best way to accomplish the last one neuroscience achievement on clinical psychiatry as medical branch on due treatment of patient with mental problems and difficulties, as well. Your suggestion on media portrayals of mental health problems is helpful step on efficient destigmatisation of hot issue of mental pathology. It goes without saying that accurate and professional presentation and information should be recording by media. Otherwise nonprofessional and wheedling portrayals have got negative and contrary impact on demistiffication attempts to mental health primitive outlook and believes. indeed, antistigma campaign of mental health/disorder should be universal, uninterrupted and profound undertaking in each community, with close supervision of experts of mental health. With accurate acknowledgment on real nature of mental illnesses, we shall overcome many misunderstandings on mental disorders, that overloaded global health system and render more treatment of somatic and mental illnesses. The contribute of media presentation of mental health would ameliorate daily work-out of clinical psychiatrist on mindful treatment of psychiatric and non psychiatric patients, as well.

I found that acceptance of my anxiety symptoms was difficult but essential. As long as a piece of me thought I symptom was related to a physical issue, I was kept in a cycle of fear. Great article.