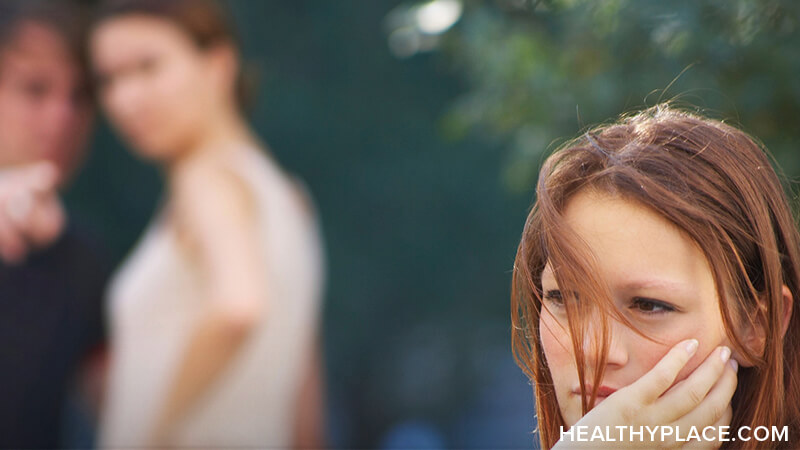 Let's face it, mental illness symptoms can make communication difficult. When it comes to mental illness, a lot of people seem to have it in their heads that those who have, and suffer from, mental illness are strictly tragic figures. When people share their stories of overcoming the sad brokenness their mental illness has brought them, we champion them and hold them in high regard. And we should, but not all people with mental illnesses fit that narrative. We need to communicate what mental illness really is.

A lot of people have been talking about the show 13 Reasons Why, the Netflix series which depicts a teen’s progression into suicidal ideation, to dealing with depression (although it’s not explicitly mentioned in the series), and, ultimately, to dying by suicide (Going From Suicidal Thoughts to a Suicide Attempt). I’ve been pretty silent about it because I know there’s a lot to be said and I want to be careful and articulate in how I do it. Writing this blog is even taking longer than I anticipated because I’m trying to find the right words and all I want to do is talk about how people are reacting to the show.

It’s revealed that Hannah Baker, the show’s protagonist, has died by suicide right from the beginning of the show. The rest of the show is spent going through tapes Hannah left behind to explain to the people in her life how they have negatively affected her and brought her to where she is, which is where people start to feel ruffled by Hannah. This is where it seems that mental illness symptoms make the conversation difficult.

People say she’s vindictive and unlikeable; I’ve seen a complete lack of sympathy for her because she doesn’t fit the tragic typecast—the people that we want to hold close to us in the middle of the night through the tears to let them know they can make it through the moment. Since Hannah doesn’t fit that and, by many people’s estimation doesn’t have a redeeming quality to her, the suggestion seems to be that she doesn’t deserve our sympathy or to have been helped.

The reality of mental illness is it affects us in different ways. Sure, some of us do fit that crying on the floor in the middle of the night image, but some people become irritable, angry, and completely unreasonable, just to name a few examples, and seemingly lack a redeeming quality. Some people are already like that before the mental illnesses come into their lives. Does it make it more difficult to have compassion for someone struggling? Sure. Does it mean they’re less deserving of it? Absolutely not.

The Difficulty with the Conversation Over Mental Illness

My bottom line with this is that everyone who’s struggling deserves compassion, support, and recovery. Whether they’re loveable now or ever, no one deserves to be in pain or to suffer.

Mental illness can cause a person stay away from people thus affecting more on health. The first symptom is that the person suffering from mental illness communicates less with people and stay away. Thanks for sharing the blog and discussing in detail about the mental illness.