'Man Up' and Mental Health Stigma 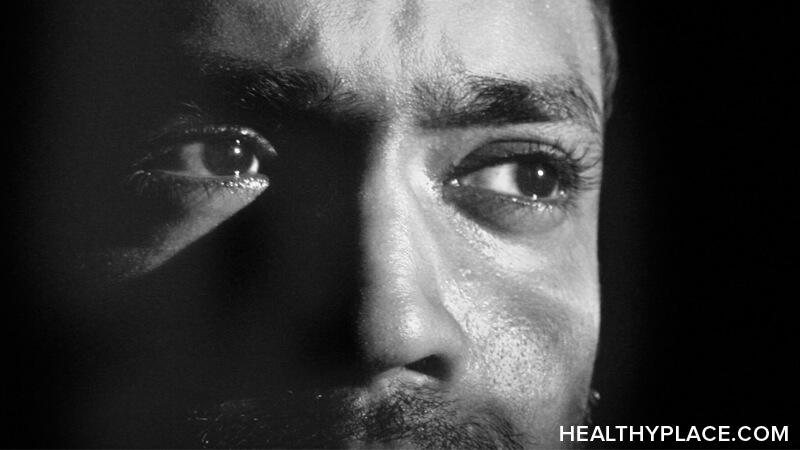 “Man up” is some of the most unhelpful, stigmatizing advice a person can give to a man with mental illness. Recently, Piers Morgan has come under fire for questioning a statistic that says two-thirds of Britain’s population has experienced mental illness in their lifetime (Mental Health Statistics and Facts). The problem wasn’t necessarily that he was questioning the statistic, but his statement of Britain needing to “man up.” When this is applied to mental illness, "man up" just increased mental health stigma.

Mental Health Stigma and the Pressures on Men to 'Man Up'

Perhaps me, as a woman writing about this, isn’t as effective as if a man were; however, I have seen the stigma that men with mental illness face. One of my friends who struggles with depression is afraid of seeming weak and won’t seek treatment, and many more men I know don’t want to talk about mental illness at all because of the negative image. I’m tired of seeing the men in my life and men in general, suffer silently because they think they’re going to be emasculated if they admit to having and needing treatment for depression, anxiety, or any other mental illness.

According to the American Psychological Association, nine percent of men experience depression and anxiety daily and are four times more likely than women to turn to suicide.1

In our society, men are supposed to “have it together”—in other words, be strong, emotionally stable, and able to figure things out. Society has this image that men are supposed to be the rocks in our lives whose struggles don’t bother them and they can get through by just grinning and bearing it. And when they don't, the response seems to be that they need to "man up."

There are several problems with telling men and boys to “man up” as a solution to their mental health issues. For one, it invalidates their struggles; two, it blames them for their problems by insinuating they’re too weak to handle things; and three, it shows complete ignorance as what mental illness is.

Mental illness, as I’ve said in many of my other blogs, is not a matter of willpower, nor is it a matter of strength or weakness. It originates in our brains and has something to do with the chemicals or makeup of them. I feel like it’s an obvious and very broken-record thing to say at this point, but mental illness is an illness and our brains can get sick, too. It's just a fact, not a character flaw.

Whether you’re a woman or man, here are a few things you can do to help men who are struggling with mental illness.

Tags: mental health stigma and 'man up' stigma man up

Thanks for addressing men not getting help because society is putting unrealisic expectations on them. I put my experiences into a book called Insane Success. Would love to chat when you write another article on this subject.

Hi Steven. Thanks for your comment. I'm always happy to revisit topics I've written about if there's more to be said and I know there's a lot to be said when it comes to mental health stigma and men. :) I'm glad to hear you're using your voice to help drive the conversation as well.

Men as "strong" part of population have got their false superiority over common life issues, that loading their mental health. Also, this ancient psycho-social cliche incorporate some negative repercussions for mentally ill men, because they as strong and brave person, shouldn't be the object of inspection and objection, as well. These and many others "man up"psycho-social features worsening psychiatric treatment of any man with mental disorder. So, it is preferable to demonetization the traditional role and place of men in respective socio-cultural milieu. Indeed, men are exposed to the risk of mental illnesses like women, with some statistical differences on their global quantity and quality, as well. However, it ought to get rid of as soon as the primitive customary that unlike women, mend shouldn't seek and find out any professional help for their emotional and mental difficulties. Men's pride and brave are useful in some apppointed instances, but the same damage and seriously impede the comprehensive psychiatric treatment of any their's mental disorder. In this direction your mindful suggestion to support mentally ill men and subsequently destigmatizise the inculcate attitude of men's supremacy indicate great help and hopful step on satisfying treatment of their mental disorders. In any case, men aren't put aside from mental disorder, and they like women should be on time submit to up to date mental health care. On contrary, their hidden and masked mental illness would evolve dramatic dimensions with irreparable outcomes.

Thanks so much for you input and I think you're spot on of course. People don't seem to consider the consequences of continuing this "men can only be strong" rhetorical, but as you've said, irreparable outcomes can be the result of it.