How We Ask About a Person's Mental Illness Matters 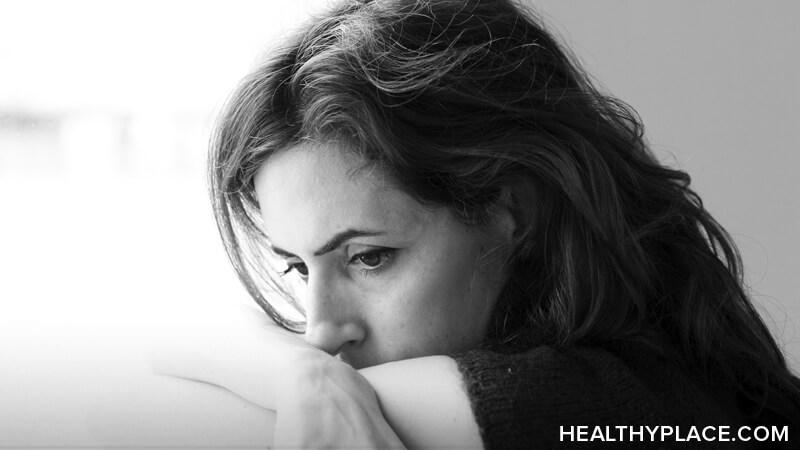 Think Before You Ask About a Person's Mental Illness

I recently took a mental health day and stayed home from work. Physically, I absolutely lacked the capacity to do much more than get out of bed, and mentally, I felt like my mind was crawling along at a snail’s pace — neither of these being conducive for a productive day at work.

Later in the day, I was asked by someone I know, who knows about my mental illnesses, “Are you really sick or are you just not feeling up to snuff?”

I get it. What she meant to ask was whether I was sick with a cold or if my mental health was suffering. Since I understand what she intended to say, it probably seems unfair of me to be critical, but, as has been said a million times, language used in mental health conversations is important. We tend to think of that relating to more blatant terms such as "crazy" or "psycho," but even the more subtle nuances of how we speak to each other can make a difference.

When we ask about someone’s mental state in the way I was asked about it, the language used works to invalidate mental illness as an actual sickness, whether that’s the intention or not. The word “really,” in particular, rubs me the wrong way, as if to say that “not feeling up to snuff” isn’t really a problem that one should need time off for. I know many people actually do think that.

The reality is I’m no more capable of being productive at work (or in general) when I’m severely depressed than when I’m so congested and can’t breathe properly. It’s for different reasons, sure, but it’s still an inability to do much more than exist.

How to Ask Someone About His Mental Illness

How can we have that same conversation without the stigma? Well, if you’re wondering if someone has some sort of physical ailment or is struggling with mental illness, simply ask. Perhaps something as basic as “Is it your physical or mental health that’s bothering you?”

If you’re not comfortable with being forthright with mental health questioning, just ask someone how he’s feeling or what’s wrong.

As always, keep in mind that the person might not be comfortable with or maybe just doesn’t even have the energy or words to share what kind of sick he is, but that doesn’t mean what he’s feeling is illegitimate. Opening up the dialogue is a good way to let someone know you’re concerned and willing to listen, but please keep in mind the importance of the language used to do it and avoid stigma as best you can.

APA Reference
Barton, L. (2018, January 1). How We Ask About a Person's Mental Illness Matters, HealthyPlace. Retrieved on 2022, December 6 from https://www.healthyplace.com/blogs/survivingmentalhealthstigma/2018/01/how-we-phrase-questions-about-mental-illness-matters