Can We Destigmatize Mental Illness by Not Saying 'Stigma?' 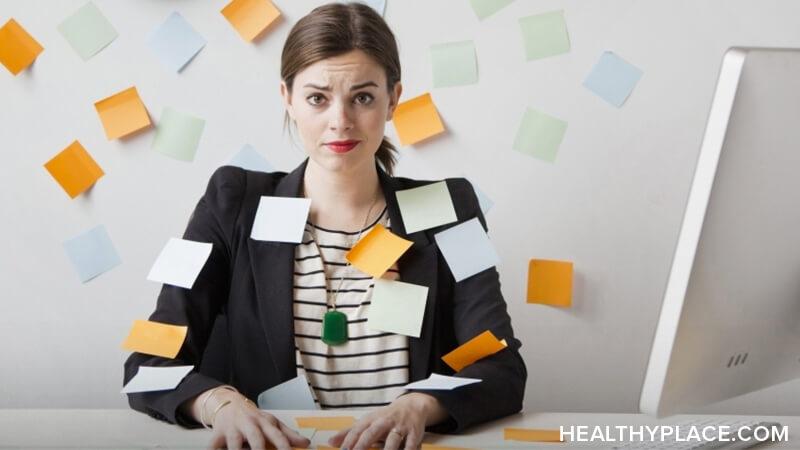 You Must Recognize Stigma to Destigmatize Mental Illness

There are tons of people who deny stigma, especially in the era of the word “snowflake” being thrown around as a derogatory term.* What is less common, I have seen, is people saying we need to do away with the word "stigma" altogether. Those people suggest that to continually use the word "stigma" is to disempower and victimize ourselves, which is potentially where the argument of it being offensive comes in. (Honestly, I’m not sure what they mean with that one.)

As you can imagine, I disagree. Stigma is very real and to recognize its existence is not to practice disempowerment or victimization. Naming what we’re facing is an incredibly useful tool that can be empowering in the same way that recognizing a mental illness and naming it can be. When we can name something, it is typically much easier to address it. In addressing it, we can learn to take control and power back from it, and that includes stigma.

I used to be crippled by things people would say to me, in particular about my skin picking disorder. People criticizing my skin or giving me that side-eye used to crush me and make me want to hide. Once I was able to recognize it was stigma, that people were fueled by ignorant ideas (even when they knew about my illnesses), it was easier to brush it off. It empowered me immensely and took away the victimization I felt (5 Ways to Escape Your Victim Mentality).

Eliminating the word "stigma" isn’t going to destigmatize mental illness. Pretending stigma doesn’t exist isn’t going to make it any easier for people to move beyond feeling bad about why people treat them the way they do. What we need to do is look it dead in its metaphorical face and take back control.

Here is the easiest (yet most difficult) way to do that: understand, as I said, that stigma is based on ignorance. That doesn’t mean the person is trying to be cruel; sometimes the most well-intentioned words are the most hurtful. They’ve got bad information that isn’t a reflection of who we are and our reality. If you’re up for it, try to correct it.

I say it’s the simplest and most difficult because I feel like it’s an easy concept to understand, but putting it into practice is tough. It took me a long time to stop being so affected by stigma. I’ll admit, there are still some days where I just don’t have the energy or ability to destigmatize mental illness, but that’s okay.

Some days are still going to suck, but we have the tools and can survive.

*Snowflake: a person who seems over-sensitive and fragile

APA Reference
Barton, L. (2018, February 26). Can We Destigmatize Mental Illness by Not Saying 'Stigma?', HealthyPlace. Retrieved on 2021, August 5 from https://www.healthyplace.com/blogs/survivingmentalhealthstigma/2018/02/stop-saying-mental-health-stigma-doesnt-exist

People are afraid of people with mental illness.
FACT: Less than 3% of violent crimes are committed by the mentally ill, and most of those are suicides.