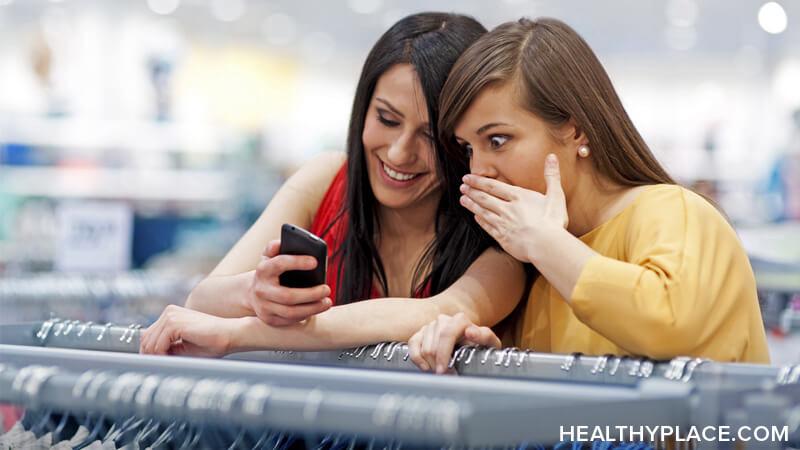 Memes are pretty much a staple of the Internet. I’m sure even those who carefully curate their social media feeds have memes scattered about in posts from those they follow. As funny and relatable as they can be, what role do they have in stigmatizing mental health?

Memes Are a Way of Communicating—And Sometimes Stigmatizing

I find memes fascinating. The way we use them to visually and simply communicate an experience is a powerful thing. They can vacillate between smile-inducing nonsense and soul-touching dark humor. I’m a fan of both, but I often enjoy the latter more.

Unfortunately, memes can also be used as weapons and can come drenched in mental health stigma. Those kinds of memes should be avoided.

Take a recent post-turned-meme from Bella Hadid. She opened up about anxiety, not feeling good enough, and overall mental health struggles. There’s a lot of controversy around the post that I don’t want to get into because I don’t feel it’s important. Suffice to say the controversy is fueling beliefs that her post is an act for attention, among other things, and people are openly sharing that opinion and turning the raw photos of her crying into memes at her expense.

Now, people will likely think the context of the disdain, admonishment, and memeification of her post matters, but it doesn’t. Seriously, it doesn’t.

When you take a post where someone has said they are struggling with mental health issues and then effectively dump all over it, all people struggling with their mental health see is that opening up leads to this kind of reaction and treatment. They see that people view mental struggles as attention-seeking, reprehensible, and laughable. It leads to fears that sharing their own struggles will be seen the same way. It’s stigmatizing mental health conditions.

Don’t Use Memes Against Others, Especially for Mental Health Topics

This isn’t a war against memes (for real, I love them), but we shouldn’t be using them against others, especially when it comes to mental health. The way I see it, dark humor is generally self-deprecating to point out the absurd reality that living with mental health struggles can be. In a way, it’s consenting to poke fun at that part of the experience. These memes are helpful outlets for many people—myself included.

But don’t make a meme to turn someone else’s mental health struggles into the butt of a joke. I don’t care if you believe the person is lying or not. It’s hurtful to them, first and foremost, and hurtful to others. (And let’s not even touch on the argument of someone being deserving of that kind of treatment because, no, no one deserves it.)

Whether the person’s experience you’re making a meme of is truthful or not, the message you’re sending with these kinds of memes is chock full of mental health stigma. You send the message that it’s not safe to talk about these issues and teach shame.

As our lives become more and more steeped in social media and things like memes are common on just about every possible topic it's important to have conversations like these. Different less-formal forms of media like memes can be a great way to increase conversation, but we need to be mindful of perpetuating stigma. Well said!

Thank you! Yes, exactly. We definitely want to increase conversation, but doing it any which way is not necessarily beneficial.