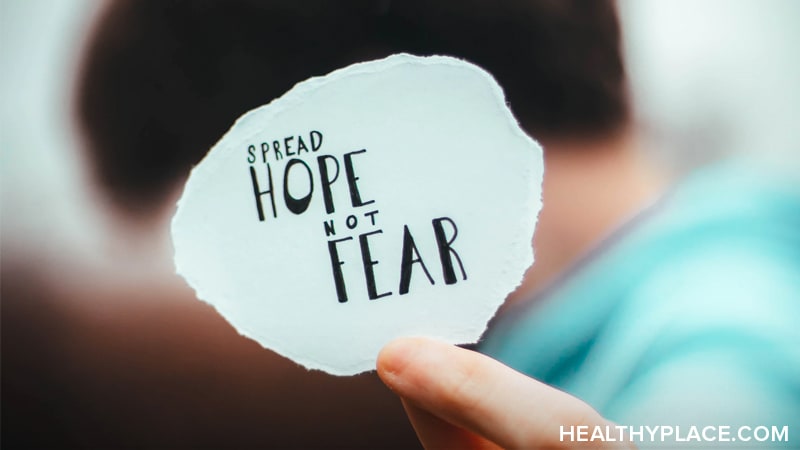 What does the new year mean for mental health stigma? Many people see New Year’s Eve ticking down into the next year as a time of transformation, possibility, hope. Don’t get me wrong; a new year can certainly represent those things and be an opportunity for a refresh. But among the “new year, new insert-whatever-here” posts, I wonder where mental health stigma fits in.

We Have to Continue Our Efforts Against Mental Health Stigma

While New Year’s Eve can feel intrinsically magical, it’s important to remember that, unfortunately, it’s really not. Yes, change can come in the new year, but that’s because of concerted efforts from individuals and organizations alike to make those changes happen.

The same can be said about making headway on mental health stigma. As much as we might wish for this year to be the year that people finally get it and stop stigmatizing mental health struggles, we can’t stop putting in the effort to make it so. Rather, we have to continue to pay attention to the conversations and potentially even work out new ways to address them.

Already in the new year, mental health is a hot topic as concerns around the pandemic and the impacts of precautionary measures rise again. From worries about the negative impacts of these measures on mental health to claims of mass psychosis for those following them,1 the conversation is both diverse and divisive.

Seeing as we’re only just over a week into the new year, I imagine this could be a foreshadowing of what’s yet to come for 2022, not only surrounding the ongoing pandemic but mental health in general.

The way I see it, part of the problem is that, as a society, we’re having these surface-level conversations about mental health. What I mean is mental health may be a part of the conversation and may even seem to be the topic of it, but we’re not really digging in. We’re more likely to see generalizations and the slinging of mental illness as insults or dismissive explanations instead of actually taking a deep dive or dismantling ideas.

Situations like that not only foster mental health stigma but ensure its survival.

What Can We Do About Mental Health Stigma in the New Year?

So what do we do about this? How do we make a difference on mental health stigma in the new year?

As I said, we’re going to need to continue to address it, which I believe starts with paying attention to how it’s manifesting and why, and in what ways people are talking about mental health. In doing that, we can hopefully start to approach mental health stigma in a more targeted way and really start making some headway.