Self-Esteem and Being LGBTQ

It's an unfortunate reality that people within the lesbian, gay, bisexual, transgender, questioning (LGBTQ) community have a harder time accepting and loving themselves. Society's message toward anyone who is not straight or cisgender (a person whose sex matches their gender) is often negative and harshly critical. Lesbian, gay, bisexual, and transgender people are seen as outcasts and freaks. I am pansexual and I have, in my history, felt like one of those freaks.

Negative Stereotypes About the LGBTQ Community 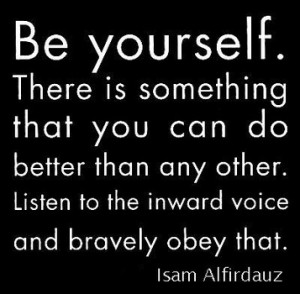 Whether we like it or not, negative portrayals of LGBTQ people in the media affect the community. They reinforce stereotypes that are damaging and false. I have experienced this firsthand with hurtful beliefs about bisexuality. The consensus is that bisexuals are cheaters and we can't stay in a committed, monogamous relationship. I know that this is false because I have been in a happy, fulfilling relationship with my husband for four years now. We married in April of this year. I can't imagine myself with anyone else.

Ignoring Negative Criticism of Being LGBTQ

These negative stereotypes are damaging to our self-esteem because they make us doubt ourselves. Unrealistic and false assumptions of bisexuals often makes me insecure and weary. Am I still part of the LGBTQ community if I'm married to a partner of the opposite sex? Many people would quickly say no. The assumption that I want to be in a threeway is another awful stereotype that really bothers me. I prefer intimacy with just one person. I see nothing wrong with group sex if the person likes it, but I'm not a fan. Also, I don't secretly desire a woman just because I'm with a guy. I don't want "the best of both worlds," as a lot of people say.

Accepting and Loving Your LGBTQ Identity and Keeping Your Self-Esteem

Accepting myself hasn't been easy. Loving myself is still something that I'm working on. I can lie and say that I'm straight just because I'm with my husband, but it just doesn't feel right. Deep down inside, I know that I'm being untrue to myself. When I have to hide the fact that I'm part of the LGBTQ community, I notice that my self-esteem is affected in a negative way. I am leaving a part of my identity that means a lot to me. I think this a huge struggle for a lot of LGBTQ people because many of us aren't capable of living out our lives the way we truly want. While many people are privileged and are able to come out as LGBTQ, there are others who must hide in silence out of safety. No wonder so many people who are LGBTQ suffer from mental illnesses like depression and anxiety.

Self-Esteem: No One Can Label You but You

Even though I am still relatively young, I have found truth in these simple words: no one can label you but you. It sounds pretty straightforward, but I really do believe in it. There is a lot of power in claiming your identity, and I think it affects our emotional health in a positive way. Accepting and loving your identity isn't easy, but it's definitely worth it.

About Vanessa Celis, Author of The Life: LGBT Mental Health
The Stigma of Identifying as Bisexual
..
August, 20 2019 at 8:59 pm