How It Feels When People Dismiss Depression 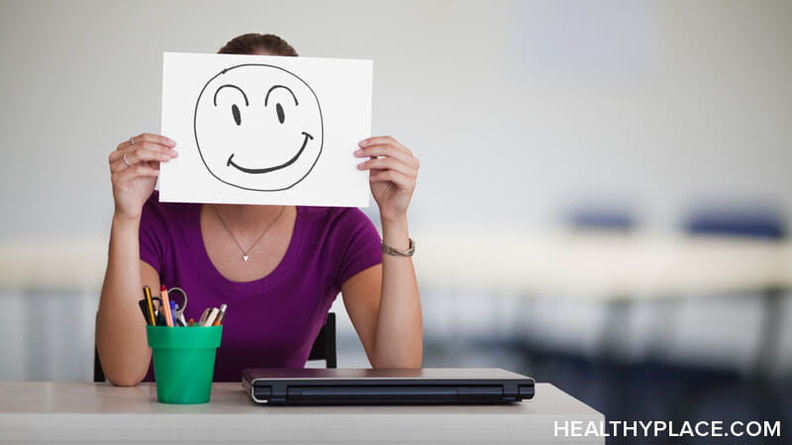 I have had people I love dismiss my depression with, "Why can't you just be happy?" There is still social stigma attached to depression, and even the people who care about us can be affected by it. I try to label the emotions that arise after somebody says something like this to me, and it makes me realize why hearing, "Just be happy." can be so frustrating. I don't feel good when people dismiss my depression and this is why.

When People Dismiss My Depression I Feel . . .

A Lack of Agency

In some cases, it feels like somebody is stating the obvious to me when they say, "Just be happy." It's as if the concept of being happy had never occurred to me. For me, it can feel patronizing when somebody dismisses depression as easy to fix. Ultimately, it just leads to more frustration.

A Lack of Compassion

I see how it would be hard for somebody who has never experienced depression to overlook the physical and emotional causes of depression, but dismissing the condition can feel like a dismissal of self. When somebody tells me that I can just get over my depression by being happy, it's as if they are telling me that they don't believe me. Showing a lack of compassion is not helpful.

I have found it is difficult to convey the feeling of being trapped that accompanies my depression. Essentially, everything feels like a bigger task than it is when I'm going through an especially tough time. For example, the trek to brush my teeth in the morning feels just as mentally exhausting as climbing a mountain. Making a phone call can feel impossible. Trying to explain this and hearing a dismissive response is a reminder of failure, even if it is simply perceived.

Sometimes I think it is easy to forget that depression is more than a feeling. For me, sometimes it feels that depression has become just as much a part of my identity as any other aspect. For this reason, it can feel like dismissing my depression is really a dismissal of me. Even though when this isn't true, the negative feelings linger.

How I React When People Dismiss My Depression Video

Watch this video about how I react when people who dismiss my depression. Then, let me know how you respond.

APA Reference
Horsfall, A. (2017, June 6). How It Feels When People Dismiss Depression, HealthyPlace. Retrieved on 2022, October 2 from https://www.healthyplace.com/blogs/toughtimes/2017/06/how-it-feels-when-people-dimiss-depression

Three Step Anxiety Action Plan to Manage Anxious Times
Stop Yourself from Giving Up--This Is How I Did It
Lee
August, 21 2018 at 3:12 am

My anxiety gives me headaches, insomnia, gastric issues, etc. I get very triggered when people stare at me, and get especially so to the point of being offensive when people get behind me. Somehow...I cannot understand why people would be so interested to want to know what I'm doing on my computer/phone screen and my life. I wish they would stop being so 'surprised' and ask so many weird questions when I tell them what I do for a living, and why I am not interested in a relationship. And, whether I am in my workplace or the public, people wants to get behind me WHEREVER I stand or sit. If I have my back to a wall, they will want to cluster around where I am. I cannot be left alone. People always want to be around me, to know what I am doing...as if they have anything to do with my life. When asked why I ignored so-and-so when he/she has been trying to talk to me, I had, on a few occasions, replied curtly with, "I don't see what's behind me."
And for those people who dismiss depression and anxiety disorders and symptoms? They deserve to have their heads put through a wall. We are not just 'thinking too much' or being dramatic. We wouldn't want to be living this way if we had a choice.
By the way, your article was great and informative.

I can't walk down the road or even go shopping without sweating, panicking, or blinking nervously and am always being blamed for knocking some person who stands in the middle of the pavement talking away to their friends. Talk about not showing so-called respect.

So many good points brought up in this read. I think this one in particular is so thoughtfully articulated: "For this reason, it can feel like dismissing my depression is really a dismissal of me." -- this is a wonderful reminder for people to understand the connection between depression and the person living with it. Thank you for sharing.