PTSD Symptoms: Do They Come Back?

It's a common worry: If I heal PTSD symptoms, and then experience another trauma, will PTSD return?

I've been thinking about that question a lot lately. I hear it often from the survivors I coach, and also from the enormous PTSD community in which I participate.

And now, I'm thinking about it for an even more personal reason: Two weeks ago I almost died in a trauma eerily reminiscent of my original, PTSD-creating experience.

We Can Stop PTSD From Happening Again 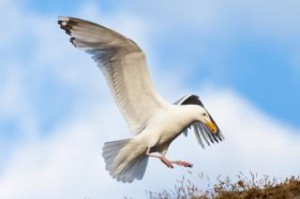 It happened like this: Two weeks ago I was admitted to the emergency room with almost no pulse. During the ensuing trauma as the ER staff worked to save my life both my body and brain suffered enormous shock. I was in the ICU for four days as doctors tried to stabilize me, and then in the hospital four more days under strict watch.

While at first the ER staff thought I was having a heart attack or stroke what lab tests later revealed is that I was in septic shock from an undetected infection due to a doctor's negligence.

All of this could be a run of the mill experience for many people, but not for me. My original trauma (the one that created over two decades of PTSD) was a severely critical illness brought on by a doctor's negligence. Imagine my surprise to find myself, exactly thirty-two years later, in a similar situation and almost losing my life.

The triggers in the ER sent me into more than septic shock, and a terrifying flashback reminded me how out of control we can sometimes be over our bodies and minds. But I also learned something else:

When we are very diligent about healing we learn how to reclaim control over our bodies and minds in ways that can be successfully applied during other traumas. I brought myself out of the flashback using some of the strongest tools I learned in recovery. In just a few moments I reclaimed control and was calm as the ocean on a windless day.

Surely, if I had not done as much work as I have in order to overcome PTSD, this hospital experience could have brought back posttraumatic stress in full force. And yet, it hasn't. I feel terrific and strong, safe and in control.

In the hospital I responded in ways to protect myself. Now back home I'm responding in ways to ground and center myself. I am peaceful, thankful to be alive and aware that something very dangerous just happened to me.

Already, however, this experience is receding into the small blip in the span of my life that it truly is. Yes, I almost died. More importantly, today I am alive; that's what matters, that's where my focus is, and that's where the meaning of this event will come from. I'm asking myself, "What will I do now that I have the opportunity of this day?"

The truth is, posttraumatic stress disorder is not like chicken pox; it doesn't live in your blood in a dormant state ready to pop back up at any moment. It can be healed, and once healed, we can be strong enough to endure a triggering situation and maintain control, hold onto who we are, and face ourselves toward the future (far away from the past) where we focus on the options we have ahead of us and the brilliant luck that we are alive in the present moment.

So, what does happen: after PTSD is gone, does it come back? The Answer is: it can but doesn't have to. The stronger we make ourselves through diligently embracing and participating in healing work the more we inoculate ourselves against the possibility of PTSD's return.

Earlier this summer one of my clients, a rape victim, was sexually assaulted. At first she reacted from a place of fear, depression and pain. Then, she rose up, doubled her self-care and PTSD recovery efforts and yesterday completed our work together. She is now free of PTSD symptoms. In my story and in hers I find proof that we can - through our own efforts and all of the support we utilize along the way - overcome and even become stronger than PTSD so that we are, truly, once and for all, free.

Hi.
Your website is very informative.
Thank you.
Brad