Anxiety: Why You Think You're Crazy but Probably Aren't

Feel free to question my emotional competence but I'm not insane. For that matter, most people with mental illness are not insane.

This may be obvious but for many it's not. Anyway, how many times have you thought, 'oh goodness, I must be really losing it this time' during the course of mental health difficulties?
It's a common concern that can dramatically increase the amount of anxiety a person experiences. It may also inhibit their ability to trust, and to ask for help.

Don't trust media depictions of mental illness; Do trust yourself

I saw an article this week, about a mother who killed her child and has since been deemed insane at the time. With medication she's now 'of sound mind'. She has, however, still chosen to plead guilty rather than insane. This seems to make for some very awkward moments and a fair bit of cognitive WTF on the part of bystanders and lawyers alike.
--Like I said, sanity is one thing, emotional competence quite another.

Because I have an anxiety disorder I tend to score pretty highly on "not in Kansas anymore, Toto" tests but people with degrees in these things still tell me I'm not crazy. I may feel crazy, I may have days it seems like I can only be losing the battle to hold on but I'm not nuts. I function. #Win. 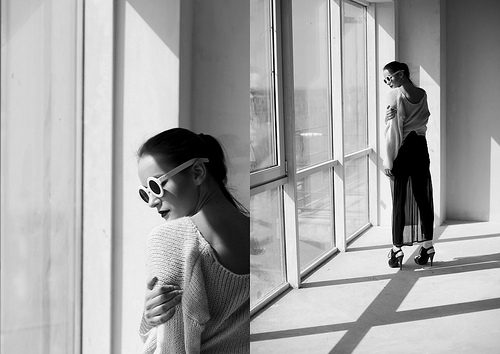 I’m not sure anyone is ever 100% emotionally competent. So when people ask me what they should do about panic attacks, depression, social anxiety I want to say, make friends with it. It's like that kid you loathe in middle school, only to 'get' when your brain kicks-in somewhere round 16. By that I mean your mind is a sophisticated, delicate creature which responds to understanding. Eventually.

Accept that by virtue of being clearly human you will feel this, and that, and yeah, probably that too. It's part of who you are, how we're built. It's also often massively inconvenient, occassionally outright embarrassing, and something that nobody in their right mind wants to come to terms with.

"We learn something every day, and lots of times it's that what we learned the day before was wrong." - Bill Vaughan

Sometimes I want miracles from therapy, which isn't always wise. Because someone sets up shop to dole out advice doesn't make them the embodiment of emotional competence, either. They probably know and have experienced a lot of relevant things but they don't always have that much experience in you.

The bad trips I've had in anxiety therapy have mostly had one thing in common: I expected a mind-reader. Going back to that assumption helped let the help actually help; The idea that we think, feel and try to act on this sense that we know what we're doing but that that's really the best any of us can say.

Where that's of greatest benefit for living a life with less anxiety is when it's backed up with sufficiently many things that seem to work for as many people as possible, empirical research and clinical observation.
I'm big on the idea of taking what you like and leaving the rest. Sleeping dogs, or something. Plus I'm not going to learn from anything my instincts deny.

APA Reference
White, K. (2011, June 10). Anxiety: Why You Think You're Crazy but Probably Aren't, HealthyPlace. Retrieved on 2022, July 2 from https://www.healthyplace.com/blogs/treatinganxiety/2011/06/mental-health-you-may-think-youre-crazy-but-youre-probably-not