The Predictability of Domestic Abuse 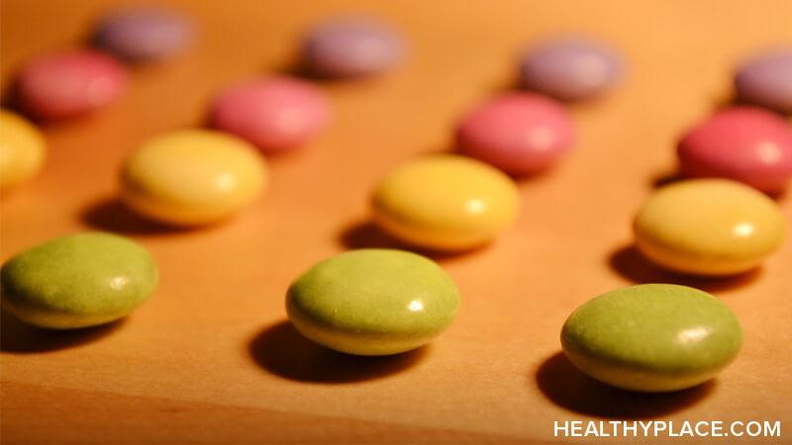 Predictability, Domestic Abuse And Why You Get Caught Off Guard

The abuser is as unpredictable in her moods and actions as any other person. But when she realizes you can't read her mind, then you are not who she thought you were. She gets scared because if you aren't who she imagined you to be, because then she can't control you. And if she can't control you, her reality shatters.

The methods the abuser uses to abuse vary depending on her personality, the current situation, and the intended victim. But there are predictable behaviors abusers use to regain control.

Isolation: If the abuser isolates you from the rest of the world as best she can, you are easier to control. There are fewer people to hear you, validate your feelings, or tell you outright that she doesn't treat you well. Additionally, isolation from other people increases your reliance on the abuser and can make you feel like Rapunzel who must let down her hair for the witch so she can eat (survive).

Erasing: The abuser seeks to erase the "true you" and replace you with her version of who she thinks you should be. The abuser attempts to make you less than you are in your own mind, too. My abuser said that if I would do what a woman was supposed to do (blindly follow him), then we wouldn't have any problems. He told me that I didn't know about the real world (so my opinions meant nothing). Abusers try to erase you from their reality. They much prefer the imagined you that is under control.

Verbal Abuse: All types of verbal abuse is designed to control your thoughts, actions, and feelings. Verbal abuse includes everything from accusing to threatening, undermining, name-calling and more. The cumulative result is emotional abuse and brainwashing.

Predictability of Pattern in Domestic Abuse (aka Cycle of Violence)

Several sites describe the cycle of violence and abuse. The pattern is predictable, but each phase can last minutes or years. For example, I endured four physical assaults in 18 years of marriage. However, the verbal violence cycle repeated much more frequently. The honeymoons I experienced were typically short, but some couple's honeymoons last a very long time.

1.) Incident. Any type of abuse qualifies as an incident.

2.) Calm. Abuser claims the abuse wasn't as bad as you made it out to be and/or blames you for "making me hurt you." Or, the abuser may pretend nothing happened at all and expect you to do the same. Or there may be simply a blissful silence and separateness. The abuser is gauging your response to determine how nice she has to be to make you stay.

3.) Honeymoon. Abuser may apologize, maybe won't. The idea of the honeymoon is to make you believe it will never happen again (again). Abuser is sweet and kind; you may receive gifts. You soften and come to believe or hope the abuse will not occur again. You may get confused and think that maybe the abuse wasn't as bad as you thought.

4.) Tension building. Tension builds because the abuser gets tired of acting like a normal person who accepts you have your own ideas, feelings, and desires. She gets tired of you being you. At the same time, you feel the shift and want to keep the abuser calm and placated. You probably spend a lot of time guessing what the abuser's mood may be so you know how to act. You may feel frightened, as if you're walking on eggshells, suffer anxiety or panic attacks, and/or withdraw from life to become as small and unnoticeable as possible. It won't work.

Is there anything a victim can do to prevent an abusive attack? Sure! All you have to do is

Also, be wary of asking her simple questions that you should know the answer to yourself. Avoid asking,

You should know the answers to all of those questions. Right?

Also, there is one emotion you should probably avoid at all costs: happiness. Be careful of being too happy when she is in a good mood (she may wonder what you're so darn happy about when she's only partly jolly). Be especially wary of being happy when she is not happy at all (my ex-husband thought that I wanted to piss him off when I said, "I love my job!" with a smile. He acted out on that "insult" for a month). And please remember: A truly happy, joyful person is centered - he controls himself. THAT is an especially threatening emotion for an abuser to witness because happy people are very difficult to control.

Above all, remember that your abuse follows a predictable pattern. Begin to observe it, my friends. But for the love of Pete, stop believing you can control it.

Knowing what stage of the cycle of abuse you're living in enables you to better insulate and detach yourself from an unpredictable person. At least when faced with an "Incident" you can nod your head and comfort yourself with the knowledge that you knew it was coming, you just didn't know when.

*Both women and men could be abusers or victims, so please do not take my pronoun choices or my experience as an implication that one gender abuses and the other is victimized.

Warning Signs of Future Abuse in Your Relationship
Anger Is a Symptom of Abuse, But Managing It Is Your Responsibility
sorenfield
August, 8 2012 at 3:00 pm

Your article perfectly summarizes the situation with my mother. She abused me as a young child and continues on today with the isolation, invalidation, and she accomplishes it by lying about her abusive acts and smearing my reputation among family. Pure evil. She too abuses, then pretends it never happened and expects you to do the same. If you don't--its tantrum time! It's time to slap, throw dishes, verbally abuse and lie about you to family to paint you as "bad" and thus unbelieveable if you dare to speak out about the abuse. In the face of all these malicious abuser tactics, OF COURSE the victim becomes withdrawn from life. She can't win. There's no way out. The abuse continues AND she's lied about, isolated, and constantly torn down. The victim's life gets sacraficed to placate and serve the abuser. This happens to grown adults. IMAGINE the impact this has on a child. A parent abusing a child will profoundly damage a child's life. They take away their life, their self-esteem, their support system, their family, in the end the child is isolated and alone with only the abuser in their life, and totally in control of it to boot.
The shocking thing is that abusers have the gall to twist reality upside down and pretend they are the victims. All to protect their image, of course. And to isolate their victims from those who would help them. Such bald faced evil!

Yes, it is pure evil. I agree with you totally. The thoughts and actions of an abusive person are just like we describe evil and they underscore every single horrible condition people are placed in. Wars, famine, ... all the way to abusive relationships. Someone wants power of someone else and they don't care who gets hurt along the way. Evil.

This description of the cycle spoke loads to me. So subtle, so insidious, evoking such
a sickening familiarity,that it quickly brought it's well-honed point keenly to my conscience.
Thank you. Cyn

Thank you for putting all the confusing behaviors I've been experiencing with my Fiance', into a neat decorative box. My question is if there are men who realize their controling, angry, abusive behavior is bad and can they turn themselves around?

Yes, some men can and do stop their controlling/abusive behaviors. Check out Patricia Evan's book "The Verbally Abusive Man: Can He Change?" In the book there is information and a guide to writing a contract to help end the abuse. Carifaye, don't marry him if he continues the abuse. It can only get worse UNLESS he is willing to do the hard work it will take to change.

Fotini, I agree with JGM27 about finding a therapist familiar with the dynamics of abuse and who you are comfortable seeing. If you can't afford therapy right now, call the National Domestic Violence Hotline - you can't pick who you speak to, but I've talked to several good people there.
Also, my children were 13 and 16 when I left. I wish I'd left earlier.
JGM27 - the fact that he said he can't stand to see you happy ... jeesh! I don't even know what to say about that. At least he's honest? LOL

Hi Kellie,
Wow! I can relate to all of it (unfortunately over and over again). We are currently on 4) tension building. Last week on the 29th was the honeymoon period. That didn't last long. After almost 30 years one would think I should better and I do thanks to my therapist who is empowering me to stand up for myself as you have said without my realizing what he is doing. Things are somewhat better but I am trying to put money away just in case I have to make an exit. Only my name is on the account and the house so I have some leverage. I laugh when you mentioned how he can't stand to see you happy. My husband has literally said "I can't stand to see you happy!!" on many occasions in the past. I have done every one of the victim behaviors since childhood through my marriage.
Fotini, If I were you first I'd get a therapist that not only you are comfortable with but also one that will empower you as well. I totally can relate to how you feel about your husband. Counseling will help, trust me.

I have finally admited to myself that I have been emotionally abused for the past 16 years.So what,I still want him,I still feel love?for at least that part of him which is good .I don't want to break up my family,I feel so bad of what has been done to my kids.I n short I am terrified of loosing that piece of him I love.A friend asked me today a very logical question-how can you love or want a man who makes you feel so bad?I don't know,I don't want to mess up my life,my mind is a mess.I know I have to find what I want for me but even standing up to him will not change anything for the better ,I mean the relationship is lost and I've been deluding myself thinking I was happy in my marriage,but I knew very well how to ignore the signs.Now what?