Nice Conversations With Abusers Are Not So Nice 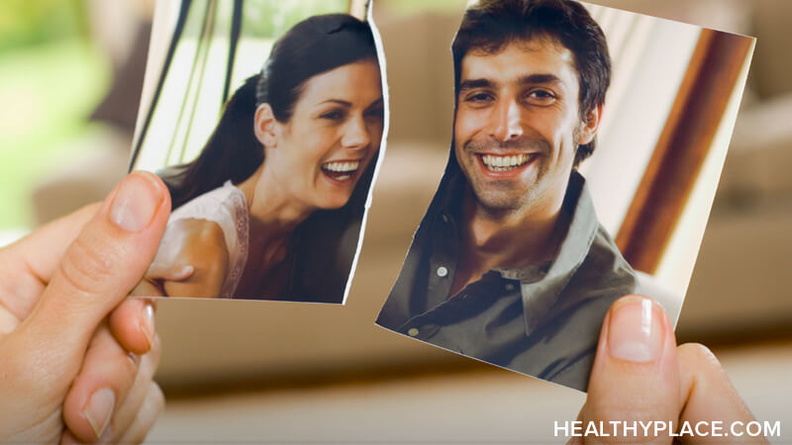 The story I want to tell you today happened between my ex and me over two years ago when we were still together. At the time, I knew he was abusing me. I realized that there was little hope that he would change. I didn't want to leave my marriage, but I was beginning to think there was no real marriage to leave anyway.

Looking back, I remember my internal struggle to find an elusive peace. I longed for a partner who loved me and would work with me through life's trials and celebrate its joys. I so wanted a normal conversation, a nice conversation without the abusive junk lurking underneath the surface. I was hoping my life away.

If you see yourself in the following story, please think long and hard about whether you want to wait it out to see if your partner decides to change. Remember that the abuser finds great benefit in abusing, otherwise s/he would have changed long ago.

Typical Conversation with My Abuser

The following is from one of my 2008 journal entries, included in the book My Abusive Marriage...and what i'm doing in it.

Tonight we had a long talk about our finances. He was being nice. I told him "Here's the print-out of the cash flow. I'm not going to spend my time analyzing it so you can tell me I'm wrong, lying, or hiding something from you. You tell me what you think."

That statement didn't make him happy, but he said, "If that's how you feel," and took it from me.

It was painful to sit there for FIVE HOURS as he systematically told me what the problems were, how we were both at fault, and what I should do to fix it. One thing is that I should know exactly how much cleaner it takes to clean the tub. Another is that the amount of gas I use in a week should not vary. A third is that the next time I do a print-out, the dates should be organized in a different fashion because he doesn't understand my reasoning for doing it by pay periods.

It's interesting that he came up with the same conclusions about our financial state that I had tried to show him during the previous four "conversations" that turned into belittling, discrediting, devaluing, and countering my conclusions.

When he finally went outside to work on the shed, I had an hour and a half before I had to go pick up our son from school. I wanted to work on the website, but my head was full. I wondered why I felt so exhausted, and decided to play a video game instead even though I know it's a waste of time when I have so many other things I need to prepare.

Then I started crying. I just cried and cried. I realized that this "nice" conversation was anything but "nice" even though it was obvious to me he wanted me to think he was restraining his temper in order to get through it "peacefully."

Unexpectedly, he came back into the house about half an hour later. [Usually when he goes outside to work we don't see him again until dinner time.] He seemed genuinely surprised that I was crying. In hindsight, of course he was surprised. He said, "I didn't yell or anything during that talk!"

Conversations with My Abuser Were Always Traps

What he didn't understand is that now I know that he used his "niceness" to get a predictable reaction from me. Always before, I have been so grateful to him for being "understanding" that I don't "punish [him] with [my] bulls8!t" for a time afterward. Yes, he actually said that my crying was punishing him for my bullsh8!.

I think I hugged him because I wanted to pretend for just a moment that he loved me, that my distress could have an impact on his actions, that I still loved him. I wanted so badly for all of those things to be true, even though I knew that none of them were.

I am in such foreign territory. It's as if I've lived with a stranger, a "pretend husband" for years and years and years. I've thought that I could help him overcome his drinking problem, his anger issues, I thought that by loving him he would love me. I was wrong.

APA Reference
Jo, K. (2012, March 29). Nice Conversations With Abusers Are Not So Nice, HealthyPlace. Retrieved on 2022, December 8 from https://www.healthyplace.com/blogs/verbalabuseinrelationships/2012/03/nice-conversations

Stop Abusing Yourself: Heal From Relationship Abuse
Emotions to Expect After Leaving Your Abusive Relationship
Julie Kline
March, 3 2018 at 6:07 pm

It is odd how quickly the abuse becomes normalized, we loose perspective on ourselves and in a way we distance ourselves in our minds. My ex got so bad, he cheated on me the entire marriage and it was only after I left that I could truly see his behavior for what it really was. This took 2 years to finally trust my gut feelings on how I perceive the world. Trust your guys ladies, do not ignore those red flags.

I just left a 12 year relationship. He kicked out because he found someone with more money and he wanted her in his life. I had recently retired and will not contribute to the home as when I was working. I was of no value to him and he moved to the next person. He left me broke, alone with a Venereal disease and all his bills to pay. The sick part is that I want him back because I feel it is all my fault. Im so sick in my head.

Hello Clara, I am Cheryl, the current author of the Verbal Abuse in Relationships blog here at HealthyPlace. I am sorry to hear about your situation, but am glad that you had the strength to reach out and share your story. It is completely normal to want a previous relationship back, even if it was not a healthy one. I encourage you to visit our Resources page https://www.healthyplace.com/other-info/resources/mental-health-hotline-numbers-and-refer… to find the supports you need to recover from your past in a healthy way.

Thanks for sharing your info. I truly appreciate your efforts
and I will be waiting for your further write ups thanks once again.

I'm currently living with my emotionally abusive boyfriend. I've left 3 times, but always have come back. The last time I left, I was gone for 7 months, but I stayed in contact with him. BIG MISTAKE! I moved back in with him, and all the "promises" he made me didn't come to pass. Nothing has changed. I've lived with him for almost 14 years, and I know I'm not the same person I was. I feel numb, and have contemplated suicide many times because I feel so trapped. I don't have a job, and my credit card is maxed out. He's helping me financially and I feel guilty about that. It's only recently he's been helping me pay my bills, for most of our relationship I've paid half the rent, food, etc. Now, he holds it over my head and he thinks I'm "using him". He pushes me and said once that when I act a certain way, he wants to "punch me". He has a nasty temper and can be Mr. Hyde any time he wants. But he's Dr. Jekyll with all his workers/family. I don't have a lot of support, I'm afraid to tell my grown daughters about this, because I've left him before, and they won't believe that this time when I do leave, that I will NEVER go back to him. I know he won't change. I think he knows I want to leave. Yesterday, he said he had the feeling that, "Something very bad was going to happen." I didn't like the sound of that....

My ex used to give me the silent treatment for days after fights. If I accidentally touched him when we passed each other in the hall, he would jerk away like I was something disgusting (2 days was average for leaving a bowl of milk in the sink too long). We had lots of these "nice" conversations near the end. I usually had to write them down and force him to read them because I would get too scared when I went to talk to him and my mind would go blank. He usually sat there after finishing and would make himself cry and say he couldn't believe I felt this way about him and how could I do this to him. He even walked in on me crying about a month before I left (after a fight we'd had-I was crying because I knew the marriage was over) and he walked in and looked at me curled up in a ball at the end of the bed and said "What the F--- are you crying about?"

I forgot about that! I would write down what I wanted to say, too. He'd dismiss me by saying, "If it were important you wouldn't have to write it down."

Huh, my ex never left the room when this happened. And we would spend hours discussing how and why I needed his help with paying his half of the bills (so I didn't overdraw, so I could put food on the table, gas in the car, etc.)
These discussions turned in to verbal explosions. I would try not to yell but I would get caught up and yell right back; he had me convinced that me yelling at him was the abuse and me managing the finances was abuse, not him calling me horrible things or telling me how his life was horrible because I needed my car or other things.
I am gone from that. I do still fear the day that there is an argument with the man I am currently seeing that neither one of us looks at the other and says : why are we arguing? we shouldn't be fighting over this.