What Not to Say to Verbal and Emotional Abuse Survivors 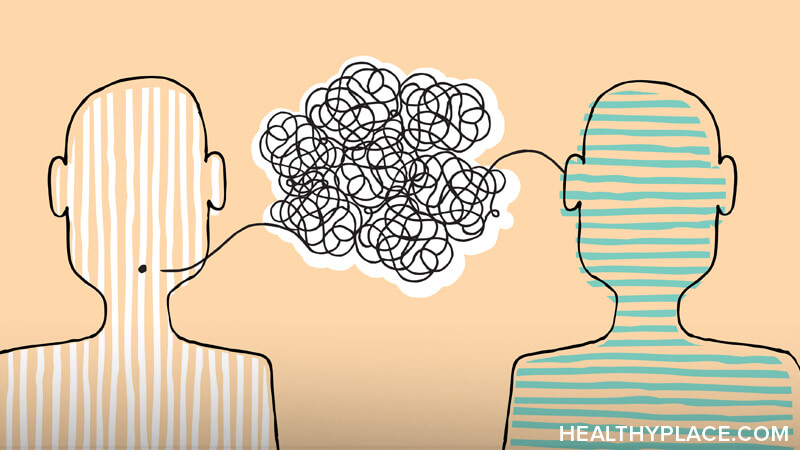 Knowing what to say to an emotional abuse survivor is tough – I get it. Having been on the receiving end of a lot of unsolicited advice both in and out of an abusive relationship, I know that people tend to say the wrong thing more often than not, and that's generally okay. Most of the time, our loved ones mean well; they just don't know what to say. It's not their fault, either. Topics like emotional abuse and coercive control are seldom discussed, and when they are discussed it's usually in the media, where victim blaming is very much alive and well. However, what you say to a friend or loved one in recovery from verbal abuse counts for a lot, so here's what not to say to verbal and emotional abuse survivors.

3 Things Never to Say to Verbal and Emotional Abuse Survivors

If you know an emotional abuse survivor or someone who is still being abused, you may feel pressured to say the "right" thing to support them. However, finding the right words in situations like these is easier said than done. Sometimes it's best to focus on what not to say instead.

It's a big deal to accuse someone of verbal or emotional abuse and it's not an accusation we make lightly. Abuse and gaslighting have a habit of creeping up on us gradually, and often we're just as fooled by the abuser's painted-on persona as everybody else.

Most emotional abuse survivors in this scenario don't even realize they're being abused for months or even years. Once we come to accept what's been happening to us, we've usually reached our breaking point. So, yes, we're sure.

I'm all for protecting your mental health and avoiding triggering subject matter. And if hearing about abuse is difficult for you, trust me, I understand and you have every right to protect yourself if that's what you need.

However, if your reluctance to talk or listen is based on nothing more than wanting to avoid an uncomfortable conversation, then you're doing your loved one a major disservice by not letting him or her speak his or her truth.

One of the processes I went through when recovering from an abusive relationship was slowly weeding out the people in my life I couldn't talk to about what I'd been through. This happened naturally rather than intentionally because I found I simply couldn't be myself around those people anymore. The way I saw the world was different than before and l felt lonelier than ever when talking to people who didn't try to understand.

Having been denied my voice and identity for so long, it was important I could share my feelings about the experience without judgment, question, or someone saying "I don't want to know." None of us wants to know about a friend or loved one being abused. Still, abuse happens and we need to talk about it more to protect other victims and help existing survivors heal.

Actually, verbal and emotional abuse survivors need to do whatever it takes to recover. If that means they need to talk about it every day to help make sense of what happened, so be it. It's their pain and belittling their experience will only reinforce what they've learned from being abused: that no one cares about their opinions and feelings and it's safer to keep their mouth shut.

Just be there for them. Let them grieve/wallow/obsess for as long as it takes, so long as they're not harming themselves or others. You don't need to have the answers you just need to listen and show your support.

We Need to Talk to Verbal and Emotional Abuse Survivors

I understand why so many people are loathed to talk about abuse, but we (as a society and on an individual level) need to get better at dealing with it. Knowing someone you care about has been verbally, emotionally, or physically abused and you didn't protect him or her is a painful realization. But it doesn't help anyone to blame yourself.

Remember: abusers are masters of disguise. You may not think someone capable of abuse, but that doesn't mean it didn't happen. Abusers often fool themselves (as well as the people around them) about their behavior, and will usually point the finger back at the victim. However, the only blame in this scenario should be attributed to the abuser. Verbal and emotional abuse survivors are not the ones to blame.

APA Reference
Smith, E. (2018, June 25). What Not to Say to Verbal and Emotional Abuse Survivors, HealthyPlace. Retrieved on 2023, January 30 from https://www.healthyplace.com/blogs/verbalabuseinrelationships/2018/6/what-not-to-say-to-verbal-and-emotional-abuse-survivors

I like this too, why are narcissistics allowed to get away with things when the poor victims can't such as myself, if I say anything they don't believe me & yet they are verbally abusive & get away with it.
No wonder our brains are damaged.
I only tell people about it that don't know the narcissistic so it can't get back to them

May Jesus grants you peace and love you need

I have been verbally abused for 3 years from my girlfriend. I am bipolar and this action has made me
Self conscious,nervous, and defensive. We argued a lot and it ended up with me getting a charge of
Domestic. Abuse just doesn't happen to women. Now I am the victim and being labeled as the abuser.
Who to talk to is hard? No one wants to get an earful. At my lowest...

I believe you completely sir... As a child growing up my mother continually attacked
my dad verbally, emotionally, physically. Eventually my dad would have to defend himself.
She also was mean to me and my other siblings . And could look so mean. You Takecare ? ??

Matt:
Same here.the man emotionally tortured me,ripped my life apart,and when I questioned him,I get a PFA slapped on.me .the breakup was abrupt abd he was so cold with no remorse .it makes you want to throw up.hes got his family members backing him up in court and I get to go alone,in from of my bullies(his famil) and they're going 5o tear me apart in court.because I'm not the filer,domestic abuse can't represent me,so I'm at the mercy of hopefully getting a public defender who knows what theyre doing.
I'm also bipolar and that just makes this so much more fun to deal with.i feel like giving up totally.the abuser playing victim and yet noone to advocate for those in that position.its not fair at all.

Thank you. Even though I’ve been physically away from my abuser for years, nobody I’ve loved and cared about has wanted to know, (never let me speak), because the narcissistic ex spouse was so convincing with his smear campaign, crazy making, and making himself the victim vs me, I’ve lived in mostly silence due to this. Not being given a chance to even speak has been devastating to me with my closest loved ones, (my grown daughter from my first marriage), has disowned me because of the herendious lies. When I’ve tried to make contact she’s told me she does not want to talk about the past. The past is still part oh my existence each day. It’s necessary for me to get those things out to give myself a voice. She refuses. She’s stubborn and it’s always been hard for her to admit she’s wrong about anything. But I can’t resume a relationship with her without her knowing truths vs facts that I’ve been condemned for long enough as it is. My family is small. None of them have ever asked just what happened, and knowing I’ve suffered with MDD for years, I’d hoped they’d try to be compassionate. empathetic, at the very least. They stopped contact with me after I ended contact with my elderly mother who’s always blamed me for abandoning my family and she’s accused me of elder abuse for not contacting her or responding to her cards (all containing nasty letters), and tells my brother she can’t understsnd why I’ve treatrd her this way (6 years now). She’s never once asked me how I am or was when I told her my marriage was falling apart and we’d be divorcing. She instead turned it back on herself as to how I could embarrass,, shame, and I couldn’t keep a man she told me. The same man she hated since meeting him 20+ years ago. They were much two of a kind, both controlling, my mother also having narcissistic traits. My now ex having nearly every single one. Strangers have been more kind and helpful than any of my once family and friends. It’s hard to recover alone. It’s hard to reach out when you’ve had your hard slapped (so to speak), and having been on disability for depression now sinc 2006 limits me to doing anything and I find myself isolating more and more each year. PTSD was diagnosed during my separation/divorce and post divorce where again I wasn’t able to tell my loved ones and they do not know today nor would they understand or try to, which is even worse.

i know this comment is over a year old but i am compelled to say to you that i completely understand not how damaging it is when you are not able to talk about the abuse, especially having family want to avoid it or even not believe you. i agree that strangers seem to be more compassionate and willing to listen. i am always prepared to "convince" and proove to people that what i went through was as traumatic as it truly was. im surprised when strangers are ready to validate me and give me such compassion and understanding . i dont get that from my family and its been hard to accept that they just don't want to hear it. i am so sorry you have been struggling with this for so long! i and feel for you. i hope you have found a way to cope and have been able to talk about this with a compassionate listener,you deserve to be heard and believed. take care

y'all will probably never see that, but I have a mental health account on social media, and i wanted to know how can we help someone who's being emotional abuse ?

Hello Rita,
I am Cheryl Wozny, author of the Verbal Abuse In Relationships blog here at HealthyPlace. Thank you for reaching out and showing your desire to help others who are experiencing emotional abuse. You can visit our Resources Page here: https://www.healthyplace.com/other-info/resources/mental-health-hotline-numbers-and-refer… that offers several websites, phone numbers, and other resources for help and support for individuals in need. Be well.