Hope After Verbal Abuse: 10 Things I Am Ready to Accept 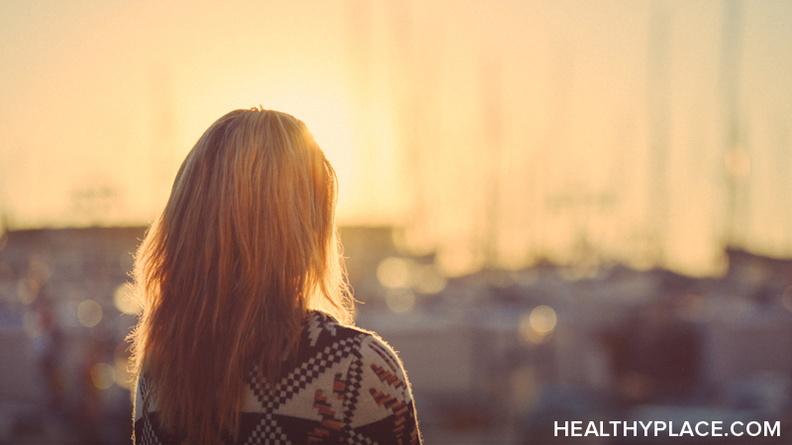 There is hope after verbal abuse, but what many people often fail to understand about leaving an abusive relationship is that it isn't the end of the pain. It’s only the beginning of a new kind of pain, as recovery begins and we start to fully recognize everything we've lost. We also begin to understand what we've gained. Gaining something, however, can be painful too at first because it means something has changed and that we can never go back to the way things once were.

There is a saying about change, that there are two types:  change that you initiate yourself and change that is imposed upon you.

Abusive relationships cause us to change in ways we didn't ask for. However, I didn't see or recognize how I was changing or needed to change at first because just stabilizing myself from the trauma of what I went through was the first priority. I had hope after verbal abuse, but I was confused about how to get to a better place.

The turmoil of emotions that accompanied that trauma I endured throughout the relationship was often a crushing weight that threatened to engulf every other belief I held about the world. When the relationship ended, that weight fell, and the emotions pushed me into a new daze that became the most important thing in my life. Still, I suppressed all of the grief and fear about what it all meant as I started to process everything I had been through.

Only later, came the deeper wisdom about myself and the world.  These realizations come from a deeper place of healing that let me know I am moving to a more complete place of recovery -- living in the hope after verbal abuse. Much of it was knowledge I never would have been ready to accept until now.

To Find Hope After Verbal Abuse You Must Accept Some Things

In this video, I describe why I had such a problem with the concept of "good and evil" during my abusive relationship and even after it ended.

APA Reference
Milstead, K. (2019, May 25). Hope After Verbal Abuse: 10 Things I Am Ready to Accept , HealthyPlace. Retrieved on 2023, January 27 from https://www.healthyplace.com/blogs/verbalabuseinrelationships/2019/5/hope-after-verbal-abuse-10-things-i-am-ready-to-accept

Why Are There So Few Articles About Healing After Abuse?
Setting Healthy Boundaries After an Abusive Relationship
Eric
June, 1 2019 at 4:19 pm

I think 6 is very important
After being married to a narcissist for a long time (30 + years) I began to realize that blame means nothing. It is not helpful. The right question is not who's at fault, but what is the next step forward. It is normal to fail it is normal to be wrong. It is it is wrong to ruin someones day because they are normal.

So in this video you accept that narcissists are EVIL and not just who do bad things ignorantly. That was the precise question I had asked earlier that how can they abuse someone who is emotionally so much attached to them and continues to do things and sacrifice for them and yet the narcissist demean and abuse very same people who take care of them unconditionally. They want to suck all your goodness and in return give nothing

Hi Sunil: I don't think they necessarily plan the bad things they do or are even aware of why they do what they do. In other words, the evil doesn't come from calculating out their actions; I think the evil they do comes because they are so indifferent to our suffering and so focused on themselves. -Kristen