The Positive Side of Schizophrenia

A recent study by the Karolinsk Institute in Stockholm has provided evidence for what I have always believed; that there is a positive aspect to Schizophrenia. Though Schizophrenia is destructive to people afflicted with the illness, their family members are more likely to display brilliance in the arts and sciences. This seems true in my family as my brother is a renowned engineer and my sister a skilled Nurse Practitioner. Many of my relatives graduated from Ivy League schools and hold prestigious positions in society. Is it possible that my illness is linked to their success? According to this study this may be the case.

Link Between Creativity and Schizophrenia 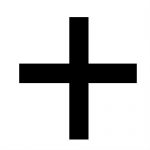 Not only does this study find a link between creativity and mental illness, it could help explain why the genetic material associated with Schizophrenia has not been weeded out of the population. If the genes associated with Schizophrenia are linked to creative genius, then family members who do not go on to develop the illness will be at an evolutionary advantage. This has been a longstanding, if unproven, theory within evolutionary psychology.

In prehistoric times, without medicine, I likely would have perished from my illness, but my siblings would have been more likely to flourish and pass on their genetic material. Hence, I would have been the sacrificial lamb for their success.

A Different View of Schizophrenia

I am glad that they have found empirical evidence for what I have always believed; that our illness is not without purpose. Perhaps this will give psychologists and psychiatrists a new perspective on Schizophrenia, and view it less as an abomination and more as a normal part of nature.

I know that my family has found my illness difficult to deal with. Episodes have caused disruption within our family unit and caused me great pain. I am certain my siblings and parents will always view my illness as a blight and problem. Maybe their six figure salaries, patents, Ivy league educations, creative and scientific genius were dependent on what they hated most about me. I am certain they will never thank me for my illness, but perhaps they should.

APA Reference
Hoeweler, D. (2012, December 12). The Positive Side of Schizophrenia, HealthyPlace. Retrieved on 2021, October 26 from https://www.healthyplace.com/blogs/creativeschizophrenia/2012/12/the-positive-side-of-schizophrenia

Schizophrenia is an Illness, Not an Evil
The Importance Of Gun Control For People With Schizophrenia
Eml
November, 8 2020 at 12:05 am

...I don’t really think this is true, but since I’ve developed schizophrenia my art abilities have sharply risen. Only when I relapse, though. This is the only positive thing about schizophrenia I can think about. It’s stripping everything else from me, now even my personality. I can feel my gray matter dying through years. My intelligence declining. I’m in near complete remission for a year yet it’s still visibly progressing. I can barely remember anything from my past.

Dear Eml, I, too, have often felt my schizoaffective disorder was stripping everything from me. I still feel this way, sometimes. My memory is bad and I used to be a voracious reader, but now I can barely read a page from a magazine. Know that you are not alone in feeling this way. I hope you have a doctor you can talk about this with. Take care, Elizabeth

Ssdi doesn't know how to diagnose schizophrence especially socioschizo......or they mis diagnose harm OCD w schizophrenia.... like one of my clients harm OCD but they didn't catch his once a month tantrum especially harm OCD... schizophrenia does not have repeated Loop strategize to it.... one of the reference forms of harm OCD you have ever seen I wish that they would look at it different once a cheese throw stuff down hits screams and throws a tantrum repeated over and over again like a spoiled little boy mother never taught him Sanford how to change don't have cooties aim to teach him to go back and pick up his stuff because of his wisdom situation he is never learn. She's one of the biggest narcissist ever written Siri assistant how so he does not know any other... temper tantrums are protection mechanism from sensory issues to like cooties so OCD forms and with a narcissistic mother... she has little traits of paranoia but no dementia creativity is high but if it's social skills so pretty good harm OCD more...any ideas how to get SSDI to look at this better

I'm sorry but I don't know the answer to your question. I would suggest bringing it up with a mental health group as they may have more information or talking to a lawyer.

I don't think this is necessarily true. My schizoaffective schizophrenia did not lead to brilliance among my siblings. My younger sister worked at a counter at a Dairy Queen and as a nursing assistant most of her life, and my younger brother never could find his way in his chosen profession as a chef, working instead at fast food restaurants most of his life. The only star in my family is another younger brother who is now a flight paramedic, and has been for years. This brother has aspirations to attend nurse practitioner's training soon.

I am not that much of a genius. but every time that I relapse my mind shows much of a photographic memory and I am able to remember many things, but unfortunately it does not happen long before the delusions creep in.

Dan,please can you help me. I have schizophrenia and my immediate family members want to get rid of me, except my elder son . due to his support for me, he has been kicked out of this dual faced family
I may be your mother's age and
in desperate need of help ,
kindly,
usha kiran
usha.d.iran@gmail.com

i was diagnosed with schizophernia last year. but i get proper medical treatments and now i am fine . but i think during that period my mind was more creative. i was very good with numbers and playing cards at that time.

Dan,
The points you make here are very insightful. I come from somewhat of a similar family situation, and have been working on a blog that illustrates that.
If you have time, check it out:
http://niceguyadamo.wordpress.com/
Take care.

I'll check out your blog.

Dan,
My mother was diagnosed as a paranoid schizophrenic but was not taking getting any medication or treatment as I was growing up along with my 3 siblings. Most of us did very well academically in school. I have pursued many avenues of creativity throughout my life in my teaching career as well as in my many leisure pursuits.
My mother-in-law was also paranoid scizophrenic but was not functional in her day to day life as my mom was.
My husband and I were concerned that our son would be schizophrenic, too, because of the genetic loading. He turned out to not be schizophrenic but did extraordinarily well in his academic career.
I always felt handicapped having an untreated mentally ill parent but now I think that my creativity may have come from her.

Dan,
My siblings are not geniuses, but I am pretty creative. My schizoaffective meds hinder my ability to be creative and do art projects. My family kind of regards me as a lost cause, so they do not have much contact with me. My father is mentally ill and was very abusive and I stood up to him, so he kicked me out of the family. I no longer do art, but do have creative dreams. I often have what I call multiverse dreams where I am myself, but with a different profession and surroundings-- an alternate version of myself. I have time traveled and many of my dreams are also science fiction. I plan on writing some stories about them soon.

Dan,
Thank you for your insight. I am glad you are able to find positive perspective in your situation. I hope some day my son with schizophrenia will be able to reach that point.
I am just begging to advocate. It was through reading Randyes book about her son son Ben. I am grateful to have you all with me as I face this new jouney in my life.
Take care, Carol

I wish the best for your son, and hope that he becomes better. I've read Randyes book also, and I must say it gave me a different perspective on this illness. Its very different to experience Schizophrenia than to observe it from an outside perspective.

Hi Dan and thanks for your perspective. As you may know from my blog, I am a Mom to Ben, also diagnosed with schizophrenia. With support and education, we have been able to get to a place of acceptance and community with Ben, and value him more than words can express. Of course, the ath has not been easy - for Ben or for us - but support, education, respect, hope and a sense of humor have helped us along the way.
best,
Randye

Hello Randye,
I am familiar with you and your son, as I read part of your book recently. It was interesting to hear about Schizophrenia from an outside perspective. I can imagine this illness is difficult on families.
-Dan

He is very lucky to have a mother like you. When I came out to my mother after being diagnosed with schizophrenia she hasn’t said a word about it since. She treats it as a taboo subject, as well as my father. I am very dependent and need a parental figure. It feels so lonely to battle it on my own and I’m too weak.

Dear Eml,
I am sorry to hear that your parents are not supportive. But that doesn't mean you have to go it alone. I think it would be helpful for you to join a support group. Many are meeting online during this pandemic. You could probably find one at the National Alliance on Mental Illness (NAMI). Here's a link to their website: https://nami.org