The Unexpected Effect of Exercise on My Mental Health 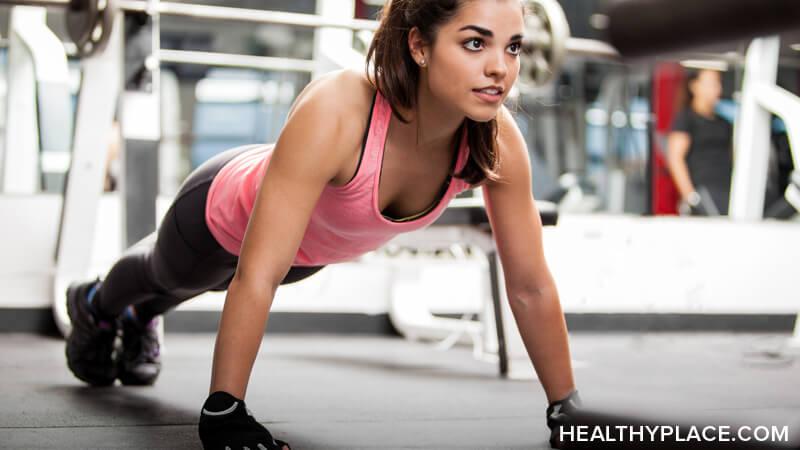 I’m one of those people for whom exercising doesn’t really have an effect in regard to decreasing my mental illnesses — at least not in the long run. I’ve recently returned to the gym and am pleasantly surprised to find that although exercise is not a cure (which I already knew), I am getting something positive out of it.

The positive I’m getting is that while I’m at the gym, what I refer to as thought chaos — the constant spinning or unfocused thoughts — calms down. While I’m running, doing crunches, or even just stretching, my thoughts are focused on what I’m doing instead of on the other stuff that usually flits through my brain. That might not seem like much, but even a little bit of reprieve from what goes on inside my head and a few moments away from the overwhelming feelings of depression and anxiety is welcome (Exercise to Enhance Emotional Wellbeing).

I didn’t expect these things because in the past I haven’t experienced any benefit of exercise on my mental health. I don’t know what, if anything, has changed, but this time around, I’m seeing that there is something good I can get from it.

This has me asking myself how we can have this conversation about the effect of exercise on mental health without people automatically jumping to the conclusion that exercise both equals a cure for mental illness and will work for everyone. I think what needs to happen to avoid furthering those stigmatized ideas is to remind people that while there is a positive benefit of exercise for some, there won’t be for all, and it’s not a long-term cure.

One of the key components of stigma is that people think there is an easy, quick fix for mental illness, but there's not. So the key to breaking that stigma is having conversation why not and explaining that while something is beneficial, it’s not necessarily a long-term fix.

Yes, having reprieve is good, but mental illness is, unfortunately, not that easy to crack.

APA Reference
Barton, L. (2018, March 26). The Unexpected Effect of Exercise on My Mental Health, HealthyPlace. Retrieved on 2022, July 3 from https://www.healthyplace.com/blogs/survivingmentalhealthstigma/2018/03/the-unexpected-effect-exercising-has-on-my-mental-health

i think this is a wonderful read, and I love that you put some focus on negating exercise as a "cure". This is one of those things that people just kind of throw out there as a cure-all, but it doesn't work that way, especially when it comes to mental illness. Everyone is different, and everyone is going to get different things out of exercise. Exercise undeniably positive effects on the mind and body so it's a good idea for everyone to incorporate it into regular life, but having your own personal motivation for it is key to getting out of it what you need.

Well said, Lizanne! Thanks, as always, for reading! I love seeing your comments. :)