Negative Thoughts Are a Choice? No, They’re Not 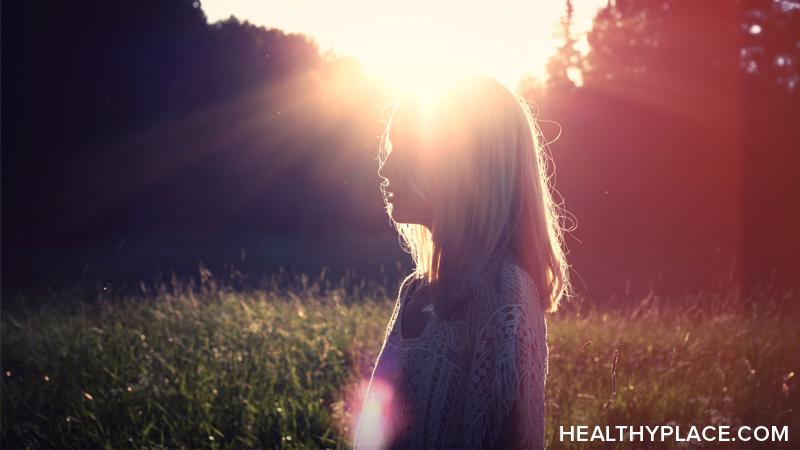 For whatever reason, people still have this idea that having negative thoughts or a negative internal dialog is a choice that can be avoided by just thinking positive thoughts.

Here’s the reality: I don’t choose to have a negative internal dialog. I’d much rather I didn’t because, let me tell you, it’s a hell of a time navigating life this way. Annoying, frustrating, infuriating, defeating, upsetting -- I’m not sure these words even sufficiently encompass the experience. That’s probably why it’s so grating when people think that simply rejecting negative thoughts and having a positive mindset will magically fix things.

In today’s episode of “just think positive thoughts,” an individual was trying to give, for lack of a better word, a motivational speech to a group, myself included. I competitively compete in a sport, and a big team tournament is coming up. One of the members of the team wanted to give words of encouragement to all of us.

Instead, what ended up happening was the issuance of sentiments such as, “don’t think negative thoughts,” or “don’t let negative thoughts or frustrations enter your mind because then everything becomes negative.” The person even made hand gestures, cupping his hands before him and then bringing them toward his head, as if the negativity is outside of us, and we scoop it into our psyche or invite it into our brains.

For someone like me, who has struggled a lot with negative self-talk, it’s really not that simple. I do get to the point of frustration when competing, and the thoughts get loud and start looping things like, “Why do you even try?” “Everyone is so much better than you; you’re embarrassing yourself.” “You’re such a train wreck; you’re letting the team down!”

No amount of positive thinking makes those thoughts go away. It’s a lot of effort to even keep going with whatever I’m doing when that goes on.

I’ve said it before, and I’ll say it again: we can’t control how others see and understand mental health, but we can control how we respond to the ensuing mental health stigma. In this video, I go over one key thing I do when people say to just be positive instead of having negative thoughts.

Tags: negative thoughts are a choice

APA Reference
Barton, L. (2022, April 19). Negative Thoughts Are a Choice? No, They’re Not, HealthyPlace. Retrieved on 2023, January 29 from https://www.healthyplace.com/blogs/survivingmentalhealthstigma/2022/4/negative-thoughts-are-a-choice-no-theyre-not

You're right, negative thoughts are intrusive. They feel impossible to ignore. What makes a difference though is recognizing them as purely negative thoughts. If you can follow one with something that is true and logical to counteract your mind's tendency to go that way, it can bring you comfort in those moments. You don't have to believe the negative thought or accept it. You can feel the way it is affecting you and make a decision to stand up for yourself at that moment. Remind yourself over and over that it is not true. Do your best to think of the truth and reach for your most rational self. Combat your negative thoughts as if they were being said about a friend that you wouldn't hesitate to stand up for. Bringing this comfort to yourself will gradually make the negative thought less effective and the positive thought occur more quickly and with less effort. It is a mental exercise...re-writing the internal narrative. I don't know if it ever stops, but it does get easier.

I love the tips in here, Lizanne! It's always helpful to have actionable steps we can take to counter these sorts of things instead of words like "think positive thoughts." Intrustive is exactly the word I would use to describe negative thoughts, so it's not as easy as trying to think positive ones in their place, BUT with steps like you've mentioned, it's a buildable strategy that could be successful for many of us!