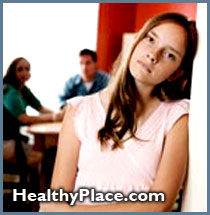 Schools are reporting more and more children entering who seem to be unable to meet the basic demands of sitting, paying attention, and controlling themselves. More and more children are placed in special ed programs. The number of children on Ritalin is rising at a truly alarming rate. No one knows why this is. Some blame Nintendo, some blame divorce, some blame two-career families.

At the same time, the incidence of clinical depression among adults - including parents - is almost epidemic, and continues to rise. Today almost twenty percent of the population meet the criteria for some form of depression - and that does not mean people who are temporarily feeling the blues and will be better next week, but people who are having real difficulty functioning in life. Count every fifth person you see on the street - that's how many people in your community are suffering from depression. I think we need to understand the connection between adult depression and children's behavior.

Good child therapists know that often when a child is in trouble, parents are depressed. Though the parents often feel that the child's behavior is the source of their distress, in fact more often the child is reacting to the parent's depression. I know of extreme cases where parents have "expelled" the troublesome child from the home (through private school, placement with relatives, or runaway) only to have the next child in age step into the troublemaking role. We often explain to parents that the child is really trying to get a rise out of them, to get them to be parents, to put their foot down, enforce rules, and pay attention. The parent may never have realized that, in reality, he or she is quite depressed. When we can treat the depression successfully, the parent has the energy to pay attention, to set limits, to be firm and consistent - and the child's behavior improves.

There is a great deal of research documenting that children of depressed parents are at high risk for depression themselves, as well as for substance abuse and antisocial activities. Many studies have found that depressed mothers have difficulty bonding with their infants; they are less sensitive to the baby's needs and less consistent in their responses to the baby's behavior. The babies appear more unhappy and isolated than other children. They may be difficult to comfort, appear listless, and be difficult to feed and put to sleep. When they reach the toddler stage, such children are often very hard to handle, defiant, negative, and refusing to accept parental authority. This, of course, reinforces the parents' sense of failure. Father and mother's parenting is likely to remain inconsistent, because nothing they do has any visible effect. At our clinic, we have become so used to hearing from single mothers of four-year-old boys (a particularly difficult combination) that we have a standard treatment plan: get mom some immediate relief (daycare, relatives, camp, baby-sitters), then treat her depression, teach her to defuse power struggles, and start slowly to rebuild an affectionate bond between mother and child.

When the depressed parent isn't able to get help like this, the outlook isn't good for the child. He or she grows up with dangerous and destructive ideas about the self--that he's unlovable, uncontrollable, and a general nuisance. He doesn't know how to get attention from adults in positive ways, so gets labeled a troublemaker. He doesn't know how to soothe himself, so is at risk for substance abuse. He doesn't know he's a worthwhile human being, so is at risk for depression. He hasn't learned how to control his own behavior, so he can't fit into school or work.

No one knows for sure why the incidence of adult depression keeps increasing. Many people don't realize they have it. At our office, a community mental health center in rural Connecticut, we see two or three new people every week who have trouble sleeping and have other physical symptoms, feel anxious and overwhelmed, have lost ambition and hope, feel alone and alienated, are tormented by guilt or obsessional thoughts, may even have thoughts of suicide-but they don't say they're depressed. They just feel that life stinks and there's nothing they can do about it. If their children are out of control, they think that they don't have what it takes to be parents.

The tragic irony is that adult depression is rather easily treated - certainly at much less social cost than schools' attempts to teach children self-control. New antidepressant medications and focused psychotherapy can reliably and efficiently help 80 to 90 percent of depressed patients; and the earlier we can catch it, the better the chances of success.

If your children are in trouble, maybe you should be evaluated for depression. Take your spouse along. In addition, ever

y fall there's a National Depression Screening Day. It only takes a half hour to be tested, and it's free. Call 800-573-4433 to get the location of the site nearest you.

This article was written by Richard O'Connor, PhD Psychologist and Author of Undoing Depression: What Therapy Doesn't Teach You and Medication Can't Give You and Active Treatment of Depression.

next: For Teens: Let's Talk About Depression
~ depression library articles
~ all articles on depression 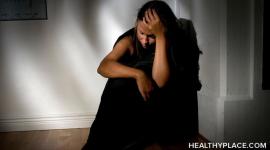 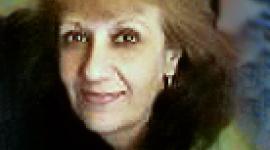 What's Wrong With My Son?
Continuation Pharmacotherapy in the Prevention of Relapse Following Electroconvulsive Therapy 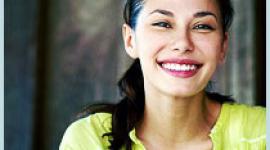