Summary: Reports that eating-disordered behavior is just as likely to exist in the average woman who's pursuing the cultural ideal of thinness, as it is in the skinnier woman who represents the ideal. Cultural expectations of unrealistic thinness affect woman across the board; Study by Jennifer B. Brenner and Joseph C. Cunningham; Results. 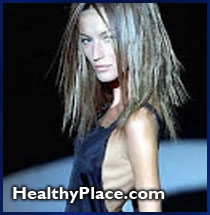 Fashion models may be a whole lot taller than most women-and so much skinnier that it's shocking. But models represent only an extreme of human variation, not a different breed. Garden-variety women are more like models than they realize and that appearances would suggest.

The surprising truth is that eating-disordered behavior is just as likely to exist in the average woman, who's pursuing the cultural ideal of thinness, as it is in the skinnier woman who represents the ideal. Cultural expectations of unrealistic thinness affect women across the board, concludes a team of Brandeis University psychologists.

Jennifer B. Brenner, Ph.D., and Joseph C. Cunningham, Ph.D., studied body weight and height differences as well as eating attitudes, body concept, and self-esteem among male and female models and matched groups of college undergraduates. Female models, they found, generally have the Same unrealistic aspirations as ordinary folk, only more so.

"An alarming 73 percent of female models maintained body weights which fell below the lower limits of conservative recommended weight ranges," Brenner and Cunningham reported. Yet, like the controls, the models failed to meet their own ideal weights--on average they wanted to be 20% skinnier!

The researchers had expected that the professional female models would display significantly more eating-disordered behavior than the other groups, but that, however, did not turn out to be the case. In fact, the undergraduates outdid them somewhat. Eating disorders proved to be a function of gender rather than of professional status.

To be a woman in the world today means having to contend with cultural ideals of thinness. And that wreaks ongoing havoc with the psyche. "The cultural expectations of unrealistic thinness," conclude Brenner and Cunningham, "continue to diminish the self-esteem of contemporary women. 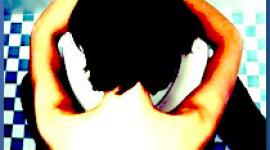 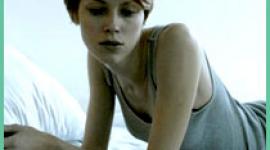 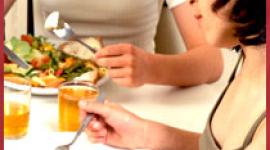 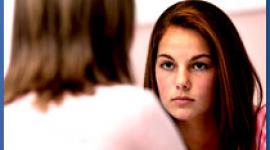