The problem of childhood obesity in the United States has grown considerably in recent years. Between 16 and 33 percent of children and adolescents are obese. Obesity is among the easiest medical conditions to recognize but most difficult to treat. Unhealthy weight gain due to poor diet and lack of exercise is responsible for over 300,000 deaths each year. The annual cost to society for obesity is estimated at nearly $100 billion. Overweight children are much more likely to become overweight adults unless they adopt and maintain healthier patterns of eating and exercise.

A few extra pounds do not suggest obesity. However they may indicate a tendency to gain weight easily and a need for changes in diet and/or exercise. Generally, a child is not considered obese until the weight is at least 10 percent higher than what is recommended for the height and body type. Obesity most commonly begins in childhood between the ages of 5 and 6, and during adolescence. Studies have shown that a child who is obese between the ages of 10 and 13 has an 80 percent chance of becoming an obese adult.

The causes of obesity are complex and include genetic, biological, behavioral and cultural factors. Basically, obesity occurs when a person eats more calories than the body burns up. If one parent is obese, there is a 50 percent chance that the children will also be obese. However, when both parents are obese, the children have an 80 percent chance of being obese. Although certain medical disorders can cause obesity, less than 1 percent of all obesity is caused by physical problems. Obesity in childhood and adolescence can be related to:

What are risks and complications of obesity? 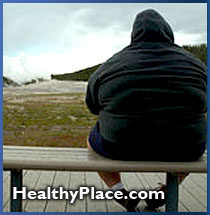 There are many risks and complications with obesity. Physical consequences include:

Child and adolescent obesity is also associated with increased risk of emotional problems. Teens with weight problems tend to have much lower self-esteem and be less popular with their peers. Depression, anxiety, and obsessive compulsive disorder can also occur.

How can obesity be managed and treated?

Obese children need a thorough medical evaluation by a pediatrician or family physician to consider the possibility of a physical cause. In the absence of a physical disorder, the only way to lose weight is to reduce the number of calories being eaten and to increase the child's or adolescent's level of physical activity. Lasting weight loss can only occur when there is self-motivation. Since obesity often affects more than one family member, making healthy eating and regular exercise a family activity can improve the chances of successful weight control for the child or adolescent.

Ways to manage obesity in children and adolescents include:

Obesity frequently becomes a lifelong issue. The reason most obese adolescents gain back their lost pounds is that after they have reached their goal, they go back to their old habits of eating and exercising. An obese adolescent must therefore learn to eat and enjoy healthy foods in moderate amounts and to exercise regularly to maintain the desired weight. Parents of an obese child can improve their child's self esteem by emphasizing the child's strengths and positive qualities rather than just focusing on their weight problem.

When a child or adolescent with obesity also has emotional problems, a child and adolescent psychiatrist can work with the child's family physician to develop a comprehensive treatment plan. Such a plan would include reasonable weight loss goals, dietary and physical activity management, behavior modification, and family involvement. 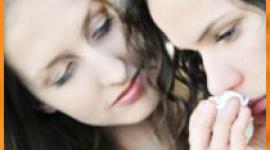 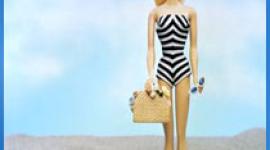 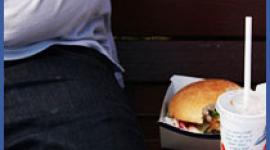