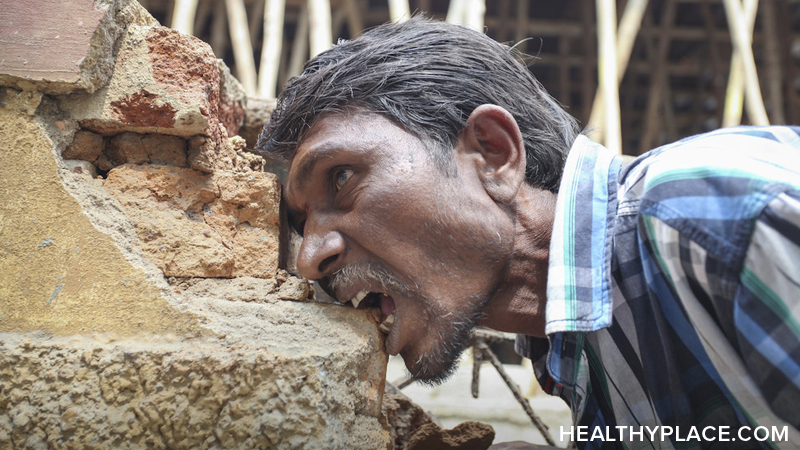 Pica is an eating disorder typically defined as the persistent eating of nonnutritive substances for a period of at least 1 month at an age in which this behavior is developmentally inappropriate (eg, >18-24 mo). The definition occasionally is broadened to include the mouthing of nonnutritive substances. Individuals presenting with pica have been reported to mouth and/or ingest a wide variety of nonfood substances, including, but not limited to, clay, dirt, sand, stones, pebbles, hair, feces, lead, laundry starch, vinyl gloves, plastic, pencil erasers, ice, fingernails, paper, paint chips, coal, chalk, wood, plaster, light bulbs, needles, string, and burnt matches.

Although pica is observed most frequently in children, it is the most common eating disorder seen in individuals with developmental disabilities. In some societies, pica is a culturally sanctioned practice and is not considered to be pathologic. Pica may be benign, or it may have life-threatening consequences.

In children aged 18 months to 2 years, the ingestion and mouthing of nonnutritive substances is common and is not considered to be pathologic. Consider pica when the behavior is inappropriate to the developmental level of the individual, is not part of a culturally sanctioned practice, and does not occur exclusively during the course of another mental disorder (eg, schizophrenia). If pica is associated with mental retardation or pervasive developmental disorder, it must be sufficiently severe to warrant independent clinical attention. In such patients, pica typically is considered to be a secondary diagnosis. Furthermore, the pica must last for a period of at least 1 month.

Pica is a serious behavioral problem because it can result in significant medical sequelae. The nature and amount of the ingested substance determine the medical sequelae. Pica has been shown to be a predisposing factor in accidental ingestion of poisons, particularly in lead poisoning. The ingestion of bizarre or unusual substances also has resulted in other potentially life-threatening toxicities, such as hyperkalemia following cautopyreiophagia (ingestion of burnt match heads).

Exposure to infectious agents via ingestion of contaminated substances is another potential health hazard associated with pica, the nature of which varies with the content of the ingested material. In particular, geophagia (soil or clay ingestion) has been associated with soil-borne parasitic infections, such as toxoplasmosis and toxocariasis. Gastrointestinal (GI) tract complications, including mechanical bowel problems, constipation, ulcerations, perforations, and intestinal obstructions, have resulted from pica.

Although no specific data exist regarding racial predilection, the practice is reported to be more common among certain cultural and geographic populations. For example, geophagia is accepted culturally among some families of African lineage and is reported to be problematic in 70% of the provinces in Turkey.

Pica typically occurs in equal numbers of boys and girls; however, it is rare in adolescent and adult males of average intelligence who live in developed countries.

The physical findings associated with pica are extremely variable and are related directly to the materials ingested and the subsequent medical consequences.

Although the etiology of pica is unknown, numerous hypotheses have been advanced to explain the phenomenon, ranging from psychosocial causes to causes of purely biochemical origin. Cultural, socioeconomic, organic, and psychodynamic factors have been implicated.

Few studies have been performed using pharmacologic treatments for pica; however, the hypothesis that diminished dopaminergic neurotransmission is associated with the occurrence of pica suggests that drugs that enhance dopaminergic functioning may provide treatment alternatives in individuals with pica that is refractory to behavioral intervention. Medications used in the management of severe behavioral problems may have a positive impact on comorbid pica. 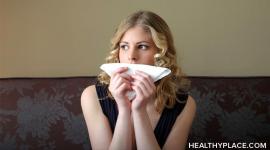 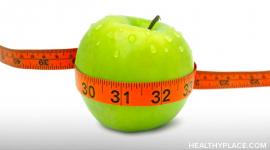 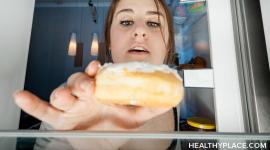 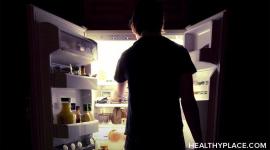 What Is Bulimia Nervosa? Basic Information About Bulimia