The overall incidence of eating disorders among teenage girls is low, but those who develop them are at high risk for other emotional problems that linger into early adulthood. 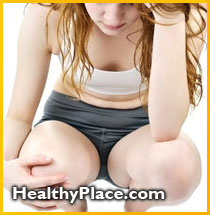 That is the conclusion of a new study by the Oregon Research Institute in Eugene and published in the Journal of the American Academy of Adolescent Psychiatry. It finds a much higher percentage of those with symptoms of bulimia, symptoms of anorexia, and partial versions of those diseases also suffer with more depression, anxiety disorders, and substance abuse problems than the general teen population.

"The whole study is based on a large cohort of high school students we recruited in the 1980s, and we've been following them ever since," says study author Peter M. Lewinsohn, PhD, senior research scientist and professor emeritus in psychology at the University of Oregon in Eugene.

For this study, the students were examined twice during adolescence and once in their 24th year. Lewinsohn says that the number of males with eating disorders in this study was so small that the researchers only looked at the problem in girls.

"I think an eating disorder needs to be understood in the context of a lot of other problems," Lewinsohn says. "It doesn't seem it occurs by itself. We would like to have looked at "pure" eating disorder people, but there weren't enough of them."

Lewinsohn suggests adolescent girls be routinely screened for eating disorders during physical examination -- especially if they are known to have a psychological disorder. Conversely, those kids with known eating disorders ought to be cross-checked for psychological problems, he says. "I think the pediatricians are the gatekeepers here, because they see everybody. They are in a very important position to identify these problems."

One eating disorders expert says it's hard to say whether all eating disorder patients have mental problems, as well. "I know with bulimia, many of the girls, if they develop it later, they view it as 'trying it' because their friends are doing it -- and are less likely to be psychologically impaired," says Elizabeth Carll, PhD, who has a private practice in Long Island, N.Y. "The earlier ones have a poorer prognosis."

As for screening teenage girls for eating disorders: "I think it's great," Carll says. "But most girls will not admit it. With anorexia, it's pretty obvious. But with bulimia, many of the girls are quite secretive. They may admit to being concerned with dieting -- which might be a risk factor if they're at a normal weight."

But "might" is the operative word there. Carll points out that about 75% of American women, if asked at any given time, would say they are on a diet -- when only about a third really need to be. "It's a condition both cultural and sociological," she says. "It's an obsession with thinness, and in our culture, an obsession with health and nutrition."

"It's different for every patient, but we know eating disorders have very little to do with food and eating," says Mae Sokol, MD, a child and adolescent psychiatrist with the Eating Disorders Program at the Menninger Clinic in Topeka, Kan. "It's not a coincidence that these things begin in adolescence when there's a search for identity."

She recommends pediatricians learn to ask the right questions to ferret out a possible eating disorder. If, for example, a teen shows up with an athletic injury, it would offer an opportunity to check for out-of-control exercising. Complaints of an upset stomach might reveal forced vomiting. Sokol suggests it's probably easier in the long run to catch an eating disorder during adolescence: "It is true that once they get to their 18th birthday they have more say over their fate. I'm a believer in involuntary treatment if that's all you can do. But it's easier when they're a child and their parents have a say."

As for that involuntary treatment, Sokol says she sometimes recommends parents of older teenagers (those considered by law to be adults) to ask a judge for medical guardianship -- which reduces the older teens to children in the eyes of the state.

"This behavior in severe form is very similar to suicide," she says. But with proper treatment -- including psychotherapy and nutritional monitoring -- there is hope. "I'm a firm believer there is life after an eating disorder. Some do get completely cured," she says. "Treatment is really important. It can make the difference between a chronic case and one that is cured." 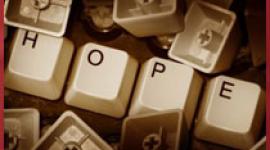 For Parents: Eating Disorders Are A Serious Mental Health Issue 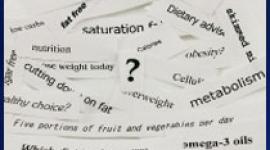 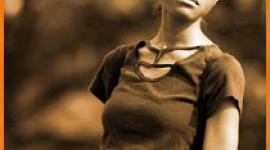 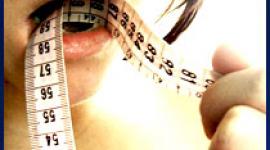