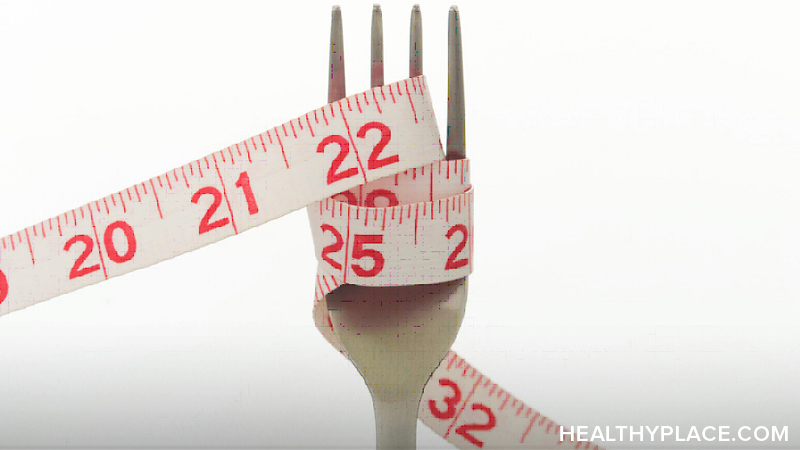 Anorexia and bulimia are very complicated disorders, and different people can develop different types of eating disorders for different reasons. That is, while many individuals with eating disorders think and act in very similar ways, the reasons they have these thoughts and actions can be quite different.

Although many people view these behaviors as self-destructive acts, most individuals who develop eating disorders do not usually perceive their behaviors as self-harmful. Actually, most patients feel that they began the behaviors to try to fix other problems. The most common reason therapists hear from people about why they began self-starvation, bingeing or purging is that at some point they felt terribly out of control -- whether because of something they were feeling inside themselves or something that was happening to them from their outside environment.

Following are some of the most common causes of eating disorders.

Major life transitions. Many patients with eating disorders have difficulty with change. Anorexics, in particular, typically prefer that things are predictable, orderly and familiar. Consequently, transitions such as the onset of puberty, entering high school or college, or major illness or death of someone close to them can overwhelm these individuals and cause them to feel a loss of control.

In many girls with eating disorders, the lowering of body weight and body fat levels from self-starvation can arrest the menstrual cycle and delay other body changes that come with puberty. Girls who lose their period essentially return to a more childlike state, both physically and psychologically. They neither feel nor look like an adolescent or young adult women, and, therefore, can postpone making the transition to adolescence or young adulthood.

Family patterns and problems. The National Eating Disorders Association cites troubled family relationships as a possible contributing factor to eating disorders. Some, but not all individuals with eating disorders, come from disordered families where there are poor boundaries between the parents and the child. In addition, many who suffer from eating disorders experience a tremendous fear of losing control or "not being in control." For a significant number of these individuals, anorexia is a misguided, but understandable, attempt at differentiating themselves from their parents. Put another way, some anorexics feel their control over their eating is the first thing in their lives that they have done that was truly "their own idea."

Social problems. Most people who develop eating disorders report having painfully low self-esteem before the onset of their eating problems. Many patients describe going through a painful experience such as being teased about their appearance, being shunned, or going through a difficult break-up of a romantic relationship. They begin to believe that these things happened because they were fat, and that if they become thin, it would protect them from similar experiences.

Failure at school, work or competitive events. Eating disorder patients can be perfectionists with very high achievement expectations. If their self-esteem is disproportionately tied to success, then any failure can produce devastating feelings of shame, guilt or self-worthlessness. For these individuals, losing weight through self-starvation can be seen as the first step to improving themselves. Alternatively, binge eating and purging can serve the purpose of proving their worthlessness, or it can provide an escape from these feelings.

A traumatic event. Evidence continues to accumulate that between one- third and two-thirds of patients who go to treatment centers for eating disorders have histories of sexual or physical abuse. It appears that the prevalence of sexual abuse in people with eating disorders is actually about the same as that for other psychiatric disorders. There is, however, a subgroup of patients whose eating disordered symptoms are a direct consequence of or an attempt to cope with their sexual or physical abuse. Such individuals may try to consciously or unconsciously avoid further sexual attention by losing enough weight to lose their secondary sexual characteristics (for instance, breasts). Similarly, the consistency or type of some foods can directly trigger flashbacks of abuse, resulting in an individual avoiding certain foods altogether.

Major illness or injury can also result in an individual feeling extremely vulnerable or out of control. Anorexia and bulimia can be attempts to control or distract themselves from such trauma.

Between one-third and one-half of patients report having struggled with significant depression or anxiety before their eating disorder began. These problems were severe enough that the individuals felt extremely out of control and feared they were falling apart, and may have turned to restrictive eating, excessive exercise, and/or binge-purge behavior to contain or manage the depression and anxiety.

Some information in this article was written by Craig Johnson, Ph.D.
Laureate Psychiatric Clinic and Hospital, Tulsa, OK 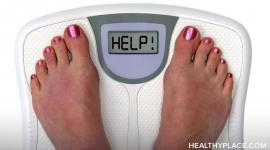 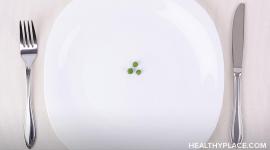 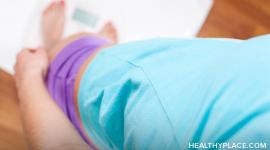